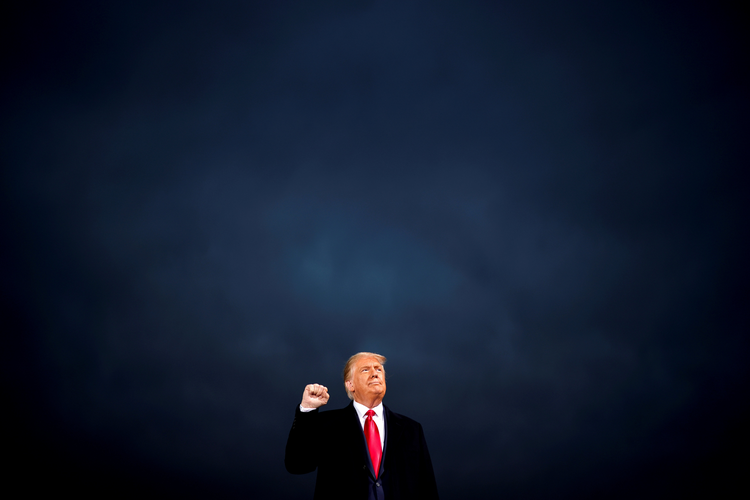 Nearly 2,000 years ago, the Roman philosopher Seneca wrote to his former pupil, the Emperor Nero—yes, that Nero, the same one who would later reportedly play his fiddle as fire raged uncontrolled through Rome—to urge him to learn to pardon well. He advised a middle path: to steer between the opposite errors of cruelty and complete disregard for the law and its consequences.

Today, a U.S. president is issuing dozens of pardons on his last day in office. For now, at least, it appears he has left the biggest name off the list. There have been reports for months that Donald J. Trump would try to pardon himself. He has even mused about it publicly.

Apart from being nonsensical—you can as much forgive yourself as you can enrich yourself by taking money from one pocket and putting it into another—a self-pardon would be a blatantly autocratic abuse of the pardon power, effectively declaring oneself above all law. But there are other abuses of the pardon power, ones that have already been carried out.

Apart from being nonsensical, a self-pardon would be a blatantly autocratic abuse of the pardon power, effectively declaring oneself above all law.

When Gerald Ford pardoned Richard Nixon, he used “national healing” as a fig leaf for the impunity enjoyed by those in positions of power. When Bill Clinton pardoned Marc Rich, he was clearly just doing a favor for a wealthy supporter. When Mr. Trump pardoned Michael Flynn, it was cronyism at best and a cynical act of self-protection at worst. And when he pardoned Joe Arpaio, he used the pardon power as a cudgel in his anti-immigration culture war. All of these were abuses of the pardon power, moral wrongs. None of these actions, however, was illegal.

As long as there is a power of clemency, it is apt to be abused. What justifies this immense power, which strikes some as an outdated leftover from absolutism, notwithstanding its past and likely future abuses?

First, even when the law is followed, the law is not always just. Clemency can be a way of quieting the dissonant echoes of unjust laws. For instance, the 1986 Anti-Drug Abuse Act established much harsher penalties for possession of crack cocaine than for powder cocaine. Those penalties disproportionately affected African-American men. The law in this instance was, in effect, racist. To cut short a sentence and remove its legal stain would be an act of justice.

Trump’s supporters see him as a messiah. What does it mean for Christians to try and love them—and him?
Erika Rasmussen

Second, even when the law is just, it is not always humane. Clemency rightly allows the human need and frailty of offenders to be recognized and met with care. As Hannah Arendt wrote more than a half-century ago in her classic The Human Condition, the practice of forgiveness, and by extension of pardon, grants people the grace of rebirth; of “new beginning,” thus saving the world from the inexorability of law.

Third, more broadly, mercy and forgiveness are fundamental virtues without which we cannot live lives worthy of our humanity. “Be merciful, just as your Father is merciful,” says Jesus (Lk 6:36). As God forgives human sinners who have no grounds to demand it, so we sinners ought to forgive one another.

These reasons for the pardon power suggest norms that should govern its use. The privilege should be directed toward repairing the failures of the legal system; toward those whose needs and frailty are especially pronounced; and toward the building up of a culture of mercy and forgiveness.

The power of pardon should be directed toward repairing the failures of the legal system; toward those whose needs and frailty are especially pronounced; and toward the building up of a culture of mercy and forgiveness.

The presidential pardon is not the same thing as divine or even human forgiveness. Unlike private persons, presidents do not act in their own name only but as public officials on behalf of the whole political community. And unlike God, they are not (thank goodness!) the foundation of true moral order.

Still, except in the case where the law is unjust, the justification for pardons is analogous to the purpose of forgiveness. So is the logic of the two: Each is a two-edged sword. No one, not even God, can forgive something that was not a wrongdoing. Likewise, the president should not be allowed to pardon what wasn’t a crime or what would be a crime but hasn’t yet been committed. (When there is ample evidence that someone has been convicted of a crime they didn’t commit, redress should come through the courts.)

Correspondingly, to accept a pardon is to accept that one is a transgressor of the law. Presidential pardons, which are public acts by a public official, should be tied to the pardoned party’s public declaration that they have committed the crime for which they were sentenced and commit themselves to act better in the future. They must accept the pardon as a pardon. This is analogous to the relationship between forgiveness and repentance. Forgiveness is a gift that the wronged gives to the wrongdoer; repentance is the way in which the wrongdoer receives forgiveness.

No one, not even God, can forgive something that was not a wrongdoing. Likewise, the president should not be allowed to pardon what wasn’t a crime or what would be a crime but hasn’t yet been committed.

In using executive clemency, the president wields an immense legal and political power, analogous to the immense spiritual and interpersonal power of forgiveness. Done responsibly, that power can embody the grace and mercy without which there can be no truly humane society. But to abuse it is to undermine the integrity of the legal system and to erode the moral fabric of society, which rests in part on faith in the possibility of, to use biblical language, establishing “justice in the gate” (Am 5:15).

Nero never learned mercy and never came to see power as anything but a chance to enforce his own capricious will. May we work together to build a political community where officials, when pardoning and when not, demonstrate the power and beauty of mercy, rather than the cravenness of favoritism and self-advancement. 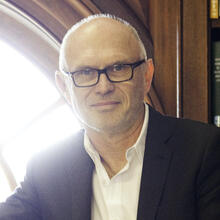 Miroslav Volf is the Henry B. Wright Professor of Theology at Yale Divinity School and the founder and Director of the Yale Center for Faith & Culture. 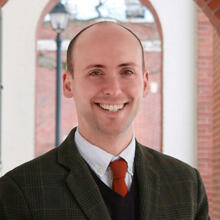 Ryan McAnnally-Linz is a systematic theologian and associate director of the Yale Center for Faith & Culture. He works at the intersection of theology, ethics, and cultural criticism.

@RJMLinz
Show Comments ()
Join the conversation: Login or create an account
Before you can comment, you need to update your profile to include your first and last name, as required in our comments policy. Then reload this page and you'll be set up for commenting. Update your profile