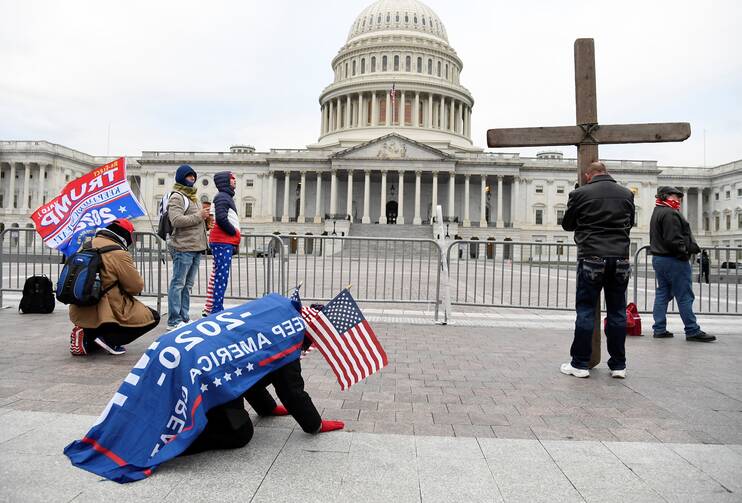 The way in which Catholic bishops engage with the political process in Western liberal democracies is the fruit of a long and complex history. With the demise of Christendom and the loosening of the bond between throne and altar, popes and bishops have had to reorder their relationships to the secular order.

This has meant a certain detachment from the political process and even a reluctance to be seen interfering in politics. The separation of church and state was a hard-won achievement in the West, and by and large it has worked to the benefit of both. It does not mean total separation, but it does mean that the relationship between the secular and the sacral has changed. This shows itself in the detachment of church leaders from the business of lawmaking and government—except when in the defense of church teachings and interests.

But bishops are quick to speak and act, for instance, on life issues (such as abortion and euthanasia), on religious freedom and on questions having to do with marriage and the family. To those we might add issues of sexuality and gender. So, too, they are quick to intervene when it comes to Catholic schools, hospitals and welfare agencies. They are also keen to play both sides of the political aisle, in part to foster social amity but also because they know that the electoral wheel turns; if they attach themselves too closely to one side of politics, they will pay a heavy price when the wheel does turn.

As a prudential arrangement, this has worked well enough in most circumstances. But there have been moments in recent history when it has broken down and left the bishops seeming to be impotent bystanders or even unconscious collaborators. Think of Hitler’s Germany, where all accepted norms were cast aside and the beast was unleashed. Papal and episcopal attempts to deal with the beast missed the mark: Something new and different was needed.

Social media can revolutionize the church, but only if we use it correctly.
Mark Coleridge

The same was true in Pinochet’s Chile. The attempt to keep a certain kind of dialogue going only prolonged the nation’s agony and made the church at times seem complicit, much in the way it had seemed in Franco’s Spain. In such extraordinary situations, conventional episcopal strategies broke down, failing to understand or deal with the new reality. Instinctively, the local bishops favored orderly organic development rather than something more disruptive.

Yet it is not only church leaders who are challenged in this way. The 2006 film “The Queen” showed in a plausible way how difficult royal protocol made it for Queen Elizabeth to respond to the sudden death of Princess Diana. The monarch had long been a paragon of devotion to duty and respect for the protocol that defined that royal duty. But there was nothing in the protocol that indicated how the queen should respond in this new territory. To do what had always been done, to have followed convention, would have been to miss the mark in a moment when duty looked different.

New circumstances will demand a new episcopal protocol and rhetoric, a new way of speaking and relating to the public domain. New wine, however strange and unpalatable, will require new wineskins.

In Western liberal democracies, Catholic bishops now face a similar challenge. We have entered new territory. That is certainly true of the United States after the attack on Congress, but it is also true in other ways elsewhere. The convergence of the political crisis we face and the devastation of the pandemic make it crystal clear that if we are to come home, it will be to a place we have never been before. New circumstances will demand a new episcopal protocol and rhetoric, a new way of speaking and relating to the public domain. New wine, however strange and unpalatable, will require new wineskins.

[After the storming of the Capitol: We need accountability, repentance and a reckoning]

But the risk is that, facing the forces unleashed, we will fall back on what is familiar, our words and actions based upon the facts of another time and failing to address the perplexing new facts of now.

Pope Francis is forging a new papal protocol and rhetoric, and he is showing the way to bishops. In his encyclical letter “Fratelli Tutti,” he is also pointing the way forward, no less than he does in his book Let Us Dream. The pope speaks of the crucial need for discernment in this Abrahamic moment, in which we are heading somewhere but we do not know where.

Yet there is One who does know. This is a time when, rather than falling back on conventional protocol and rhetoric, the eyes and ears of bishops, especially, need to be attuned in new ways to see and hear what that One wants us to understand. 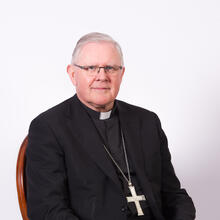 The Most Rev. Mark Coleridge is the archbishop of Brisbane in Australia.

@ArchbishopMark
Show Comments ()
Join the conversation: Login or create an account
Before you can comment, you need to update your profile to include your first and last name, as required in our comments policy. Then reload this page and you'll be set up for commenting. Update your profile