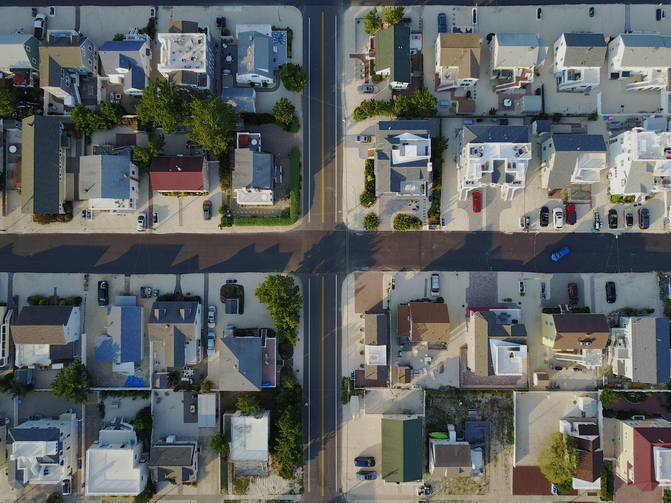 Photo by Alex D'Alessio on Unsplash

For another analysis of the Commission on Unalienable Rights’ draft report, see “Why you shouldn’t dismiss Mike Pompeo’s report on human rights,” by Drew Christiansen, S.J., published on July 23.

Last month, Secretary of State Michael Pompeo announced the release of “Unalienable Rights and the Securing of Freedom,” a draft report from the Commission on Unalienable Rights. Mr. Pompeo has charged that 11-person panel with determining how U.S. human rights policy could best promote the nation’s “founding principles.” Chaired by Mary Ann Glendon, former U.S. ambassador to the Holy See, the commission has surveyed the development of rights in the United States, placing them in “the major traditions that merged in America’s founding—Biblical faith, civic republicanism, and the modern tradition of freedom.”

In a section titled “The Distinctive American Rights Tradition,” the report, approved by all members of the commission, states, “Foremost among the unalienable rights that government is established to secure, from the founders’ point of view, are property rights and religious liberty.”

The understanding of these two rights as presented in the report is not consistent with Catholic doctrine on the social order.

Property rights, say the authors, are “central to the effective exercise of positive rights and to the pursuit of happiness in family, community, and worship. Without the ability to maintain control over one’s labor, goods, land, home, and other material possessions, one can neither enjoy individual rights nor can society build a common life.” The right to religious liberty, meanwhile, “denies the state the power to dictate final answers about ultimate matters” and preserves the ability of individuals “to determine and pursue, consistent with the like right of others, what is fitting, proper, and good.”

While I respect the commission’s goal of considering the United States in the context of substantive philosophical commitments, the understanding of these two rights as presented in the report is not consistent with the wisdom of Catholic teaching on how a society can pursue the common good.

First, Catholic social teaching does advocate the protection of property rights, but only when strongly situated within what is called the universal destination of goods. That is, “Christian tradition has never recognized the right to private property as absolute and untouchable: ‘On the contrary, it has always understood this right within the broader context of the right common to all to use the goods of the whole of creation: the right to private property is subordinated to the right to common use, to the fact that goods are meant for everyone.’” (See the “Compendium of the Social Doctrine of the Church,” No. 177, quoting St. John Paul II’s “Laborem Exercens.”)

Because God intends the world to provide for the needs of every person, the distribution of resources must allow every human person with what is needed for a full life.

Because God intends the world to provide for the needs of every person, the distribution of resources must allow every human person with what is needed for a full life. In his encyclical “Pacem in Terris,” St. John XXIII explained: “Man has the right to live. He has the right to bodily integrity and to the means necessary for the proper development of life, particularly food, clothing, shelter, medical care, rest, and, finally, the necessary social services. In consequence, he has the right to be looked after in the event of ill health; disability stemming from his work; widowhood; old age; enforced unemployment; or whenever through no fault of his own he is deprived of the means of livelihood” (No. 11).

A defense of property, absent that context, functions to absolve those who own property from responsibility to those in desperate need. But Catholic teaching treats the withholding of resources from those in need as a failure of justice, and so private property always comes with a “social mortgage.”

The commission’s draft report states that social and economic rights are “least compatible” with the United States’ founding principles “when they induce dependence on the state, and when, by expanding state power, they curtail freedom—from the rights of property and religious liberty to those of individuals to form and maintain families and communities.”

But this anxiety about expanding state power is disproportionate to the anxiety the authors should have about the actual catastrophe unfolding in our society. For instance, the highly unequal distribution of wealth in the United States has harmed the ability of some communities to endure the onslaught of Covid-19. Also, the racial injustices referred to throughout the report have had specific economic results, and they have not disappeared as civil rights have been gained. That economic deprivation resulting from centuries of injustice costs lives.

Individual initiative and volunteerism cannot overcome the inequality running through U.S. history; government action to honor economic rights and make amends for centuries of injustice is required. Pope Leo XIII explained in his encyclical “Rerum Novarum”: “[W]hen there is a question of defending the rights of individuals, the poor and badly off have a claim to especial consideration. The richer class have many ways of shielding themselves, and stand less in need of help from the State; whereas the mass of the poor have no resources of their own to fall back upon, and must chiefly depend upon the assistance of the State” (No. 37).

Regarding religious liberty, the commission’s narrative repeatedly names “Protestant Christianity” as one of “the traditions that formed the American spirit.” This tradition is described as “infused with the beautiful Biblical teachings that every human being is imbued with dignity and bears responsibilities toward fellow human beings, because each is made in the image of God."

Such language privileges a certain reading of biblical faith, bringing it into the sphere of “special recognition”—of which the “Compendium” says, “Such recognition must in no way create discrimination within the civil or social order for other religious groups” (No. 423). The church’s witness to the Gospel always requires (and Catholics must acknowledge that it often has failed in this) the defense of the well-being of persons who do not accept the Gospel, in keeping with the commands to love both neighbor and enemy. The purpose of the right to religious liberty within Catholic thought is both to make room for the church’s freedom to give witness to the Gospel and also to honor the call of God for every person to freely enter into communion with the divine life. These two purposes are not at odds.

The church’s witness to the Gospel always requires the defense of the well-being of persons who do not accept the Gospel.

The document “Dignitatis Humanae,” promulgated at the Second Vatican Council, explains it thus: “It is...completely in accord with the nature of faith that in matters religious every manner of coercion on the part of men should be excluded. In consequence, the principle of religious freedom makes no small contribution to the creation of an environment in which men can without hindrance be invited to the Christian faith, embrace it of their own free will, and profess it effectively in their whole manner of life” (No. 10).

The commission does not advocate discrimination against anyone’s conscience, certainly. But the narrative of its draft report implies that those whose Christianity fits into this American tradition may have a privileged place in its exercise. This makes it even more important to remember that Catholic teaching says the right to religious liberty “is not of itself an unlimited right. The just limits of the exercise of religious freedom must be determined in each social situation with political prudence, according to the requirements of the common good, and ratified by the civil authority through legal norms consistent with the objective moral order” (No. 422).

The commission report’s emphasis on a distinctive and rational U.S. tradition of rights, capable of self-correction, appears to be an attempt to provide intellectual underpinnings for a kind of moral declaration of independence from international human rights governance. That is a complicated proposition for U.S. Catholics. The church has supported and encouraged the development of international agreements on human rights, though such agreements do not always advocate positions consistent with Catholic teaching.

Further, what the report advocates as the “tradition” in the United States is, from the perspective of Catholic teaching, seriously flawed. A society that treats the rights to property and to religious liberty in this way—isolated from the context of the requirements of the universal destination of goods, the common good and the human dignity of all persons—will not be able to overcome the legacy of injustice that has marked our shared life in the United States.

Show Comments ()
Join the conversation: Login or create an account
Before you can comment, you need to update your profile to include your first and last name, as required in our comments policy. Then reload this page and you'll be set up for commenting. Update your profile
Advertisement
More: Catholic Social Teaching / Religious Freedom / Economics 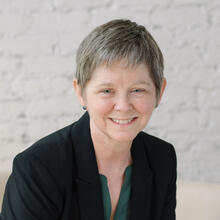 Kelly S. Johnson holds the Father William J. Ferree Chair of Social Justice at the University of Dayton, in Ohio.

Even RBG thought Roe v. Wade went too far. We should learn from her incremental approach.
Ruth Bader Ginsburg thought the ruling in Roe v. Wade was correct but too sweeping.
Thomas J. ReeseSeptember 24, 2020