Political polarization is distracting us from the real issues 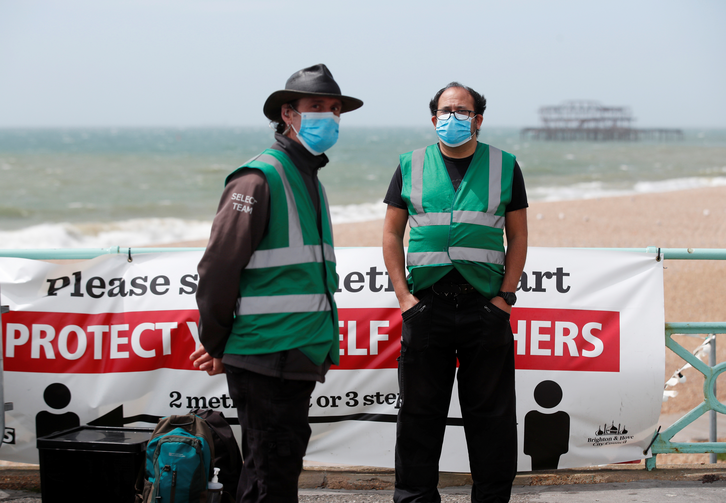 As of this morning, May 26, our British cousins are considering the fate of Dominic Cummings, Prime Minister Boris Johnson’s surly advisor-enforcer and architect of last year’s successful Brexit campaign. It is alleged that Mr. Cummings violated the government’s social distancing rules by taking his wife and child to an unoccupied farmhouse on his family’s estate in Durham, some two hours’ drive outside of London. Mr. Cummings claims he did so out of concern for the health and safety of his family. Others claim that Mr. Cummings’s actions placed his personal comfort before the public good.

Most commentators are arguing the case on its merits, but some think it is time for Mr. Cummings to go, if only because his story is sucking all the energy out of the room. This morning The Times of London reported that Douglas Ross, a junior minister in the Scotland Office, resigned from the government in protest over Mr. Johnson’s support of Mr. Cummings, saying that the whole matter “has been a deeply unhelpful distraction we could do without.”

One can hardly argue with that. Surely, during a time of a global pandemic and economic collapse, there are more pressing matters. And yet, during a time of political polarization, it is more often the serious business of governing that is a distraction—from the partisan combat that has become our all-consuming pastime. Indeed, polarization, which drives many of our public and private choices, is so pervasive that we often fail to see how it structures our whole worldview, even our perceptions of events and things that at first do not appear even to have a political dimension.

Polarization, which drives many of our public and private choices, is so pervasive that we often fail to see how it structures our whole worldview.

The polarization in British politics, for example, has determined the fault lines in the debate over Mr. Cummings’s conduct. With some exceptions, we expect those who are opposed to Mr. Johnson to call for Mr. Cummings’s resignation and those in favor of Mr. Johnson’s premiership to favor his staying.

Similarly, here in the United States, we are currently engaged in rhetorical combat about the symbolism of wearing, or not wearing, face masks. President Trump has been inconsistent, to put it charitably, in his advocacy of masks as a public health necessity. The forces of polarization have fallen into line accordingly. With some exceptions, those who are opposed to Mr. Trump are championing the use of face masks as a sign of concern for the common good, while many of those who support Mr. Trump see the masks as a symbol of government overreach and liberal paranoia.

Here in the United States, we are currently engaged in rhetorical combat about the symbolism of wearing, or not wearing, face masks.

I do not know whether Mr. Cummings should go or stay, or whether it is necessary for everyone to wear a face mask everywhere (for the record, I wear one whenever I am outdoors in Manhattan) but what I do know is that we are not really arguing about either of those things. For the most part, both debates are mere extensions of our partisan ideological combat, which is not a distraction from governing but the activity that has displaced it.

Coronavirus is a storm, but we must keep singing in the rain
Matt Malone, S.J.

Is it more likely the case that each side is somehow right and somehow wrong and that polarization prevents us from seeing how?

It does not necessarily follow from an affirmative response to that last question that each side is somehow right and somehow wrong in equal measure, something like a 50-50 split. Rather, it would simply mean that both sides have something meaningful to offer, something worth listening to. If we can acknowledge that, then true discourse becomes possible. Such a conversation, moreover, is likely to reveal that there is not only more than one side but, in all likelihood, there are more than two. Why? Because, as you surely know as well as I, life is complicated. Yet polarization is not. It imposes a two-dimensional worldview on a three-dimensional world. It forces us to act contrary to a basic human intuition, derived from our experience, that life is a multidimensional reality, one much greater than any single individual. Therefore, humility should be the point of departure for our questions, especially for those questions whose answers affect us all.

Humility should be the point of departure for our questions, especially for those questions whose answers affect us all.

“How to expand health coverage while containing costs is one of the great unanswered questions in American politics,” Carol Keehan writes in this issue. We need to answer that question. But if we are going to find the right answer, we must first be cured of the plague of polarization that is sweeping the West and sickening its body politic.