Without the philanthropy of billionaires, the poor would suffer more and for longer 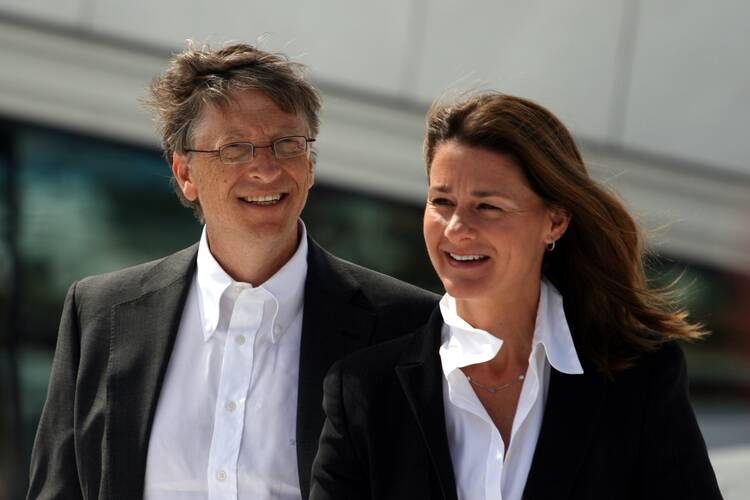 Bill and Melinda Gates in June 2009. Mr. Gates, the co-founder of Microsoft, is the world’s second richest person and a major source of philanthropic funding. (Kjetil Ree/Creative Commons)

Tore Godal, the Norwegian-born titan of global health progress for the past five decades, received a Medal of Merit in November from the king of Norway. Dr. Godal has spent much of his 80 years working with the United Nations, individual nations and N.G.O.s on problems including leprosy, cancer treatment and malaria prevention. He also convinced Norway’s government to dramatically increase funding for maternal and infant health.

When he was interviewed by the British medical journal The Lancet, he commented on one critical moment in his long career. In the late 1990s, Dr. Godal was leading the working group that led to the creation of Gavi, the Vaccine Alliance. “Bill Gates asked for a five-page proposal,” Dr. Godal told The Lancet, “and a month later he pledged $750 million to support the project.”

Gavi was launched in 2000, with Dr. Godal as its chief executive officer for the first five years. That strong beginning continues to benefit some of the world’s poorest populations. For example, a global emergency stockpile of Ebola vaccines will soon be available to countries for outbreak response and prevention under a new vaccine program approved by the board of Gavi, which is a public-private partnership. But the World Health Organization, an agency of the United Nations, will decide target populations for the vaccine.

Mr. Gates’s huge, decisive financial investment in Dr. Godal’s proposal came at a time when few government leaders paid much attention to third-world health problems. For 20 years, the benefits of that decision have accrued to people in developing countries, and this has made the world safer. Philanthropy often achieves its greatest successes in just this way, by supporting a cause that does not yet have the wide public support needed to spur government action. Without the responsiveness, decisiveness and creativity of private philanthropy, those living at the margins would wait longer for solutions and suffer more.

Recent books, including Anand Giridharadas’s Winners Take All: The Elite Charade of Changing the World, criticize large-money philanthropy as a salve for billionaires’ consciences and as undemocratic intrusions into the “proper sphere of the political.” In reviewing that book for America last year, Christiana Zenner said it is “a critique of what happens when market ideologies and their beneficiaries are treated, like many religious figures and maxims, as beyond reproach.” Even before that, in 2017, America contributing writer Nathan Schneider, in a piece called “Bill Gates, Mark Zuckerberg and the Case Against Philanthropy As We Know It,” argued that leading philanthropists like Mr. Gates have assumed an “outsized role” in setting the direction of public health and public education.

Without private philanthropy, those living at the margins would wait longer for solutions and suffer more.

Mr. Giridharadas similarly argues, “What is at stake here is whether the reform of our common life is led by governments elected by and accountable to the people, or rather by wealthy elites claiming to know our best interests.” He adds, “We must ask ourselves why we have so easily lost faith in the engines of progress that got us where we are today—in the democratic efforts to outlaw slavery, end child labor, limit the work workday, keep drugs safe, protect collective bargaining, create public schools.” But that is where his thesis crumbles.

To take one example of an “engine of progress,” note that an early generation of American slavery abolitionists benefited mightily from the leadership and financial support of Benjamin Franklin. Later, the real estate baron Gerrit Smith adopted that cause, donating heavily to the establishment of Oberlin College and to the support of abolitionist newspapers and speakers including Frederick Douglass. This happened while Congress passed the Fugitive Slave Law and the Supreme Court announced its Dred Scott decision, both of which obstructed progress and further denied basic social justice.

The merchandising king Robert Curtis Ogden donated heavily to the early growth of today’s Historically Black Colleges and Universities and convinced other millionaires to do likewise when the national government had abandoned the newly emancipated. The Rockefellers’ General Education Board, among other things, paid for educators to travel throughout the South and build political support for the establishment of public schools. St. Katharine Drexel, heiress to a banking fortune, used her inheritance to build and operate dozens of schools for black and Native American children.

The “engines of progress that got us where we are today” were actually small groups of individuals, including “elites,” who launched and supported social causes until they garnered enough public support to bring about political change. Wealthy individuals promoted and financed causes as diverse as the care of orphans, the blind and deaf; women’s suffrage; Prohibition and its repeal; and nuclear disarmament.

Wealthy individuals promoted and financed causes as diverse as the care of orphans, the blind and deaf; women’s suffrage; Prohibition and its repeal; and nuclear disarmament.

Yet Olivier Zunz, a professor of history at the University of Virginia, notes that philanthropy has been denied legitimacy as a vital institution in a democratic society: “College teachers can search in vain for any significant trace of the topic in the many textbooks available for an entry-level U.S. history survey.... Why are historians ignoring an enormous economic and experimental power, one that has mediated and continues to mediate much of the interaction between state and civil society?” Mr. Giridharadas exploits this lack of knowledge about philanthropy’s role in social progress.

And to put Mr. Giradharadas’s complaint about large-scale philanthropic “intrusions” in an economic context, keep in mind that, by my calculations, more than 89 percent of all monies devoted to welfare in the United States are directed by government officials. The federal budget for fiscal year 2019 includes $3.4 trillion in spending outside of Defense, the State Department, Homeland Security and service on the national debt. This mainly consists of Medicare, Social Security, Medicaid and food stamps. In addition, local and state government spending, like public education, local and state shares of Medicaid, CHIP, county and state child welfare offices, etc., is controlled by government officials.

By contrast, private philanthropy in 2018 totaled $428 billion, including donations to churches and synagogues, private schools and universities, foundations, local food banks and homeless shelters, museums, etc. Should we insist that the last 10 percent, at most, of human services spending, including funds currently donated to universities and homeless shelters, must also be “democratically controlled” in the way Mr. Giradharadas insists? Does he believe we need to amend the commandment “Love thy neighbor” to specify “but only in ways approved by elected officials”?

Today’s criticism of wealthy donors is not new. In The Seven Storey Mountain, Thomas Merton recognized “that special class of men raised up by God to support orphanages and convents and monasteries and build hospitals and feed the poor.” In the next sentence he wrote, “On the whole, it is a way of sanctity that is sometimes much despised.” Apparently, the false stereotype of the successful person as incapable of good work was already widely held.

Note that Jesus encountered a wealthy philanthropist. In Lk 19:1-10 Jesus seeks out Zacchaeus, a “chief tax collector and also a wealthy man,” and goes to his house for dinner. The neighbors grumble because he earns his living as a tax collector or maybe just because he is wealthy. But Zacchaeus says to the Lord, “Behold, half of my possessions, Lord, I shall give to the poor, and if I have extorted anything from anyone I shall repay it four times over.”

Jesus expresses his delight. Over dinner they enjoy the pleasant conversation of men who held similar values. So the question we must ask ourselves is not, as Mr. Giridharadas insists, “whether the reform of our common life is led by governments.” The question we must ask ourselves, wealthy or not, is, “What have I done for the least of my brothers?”