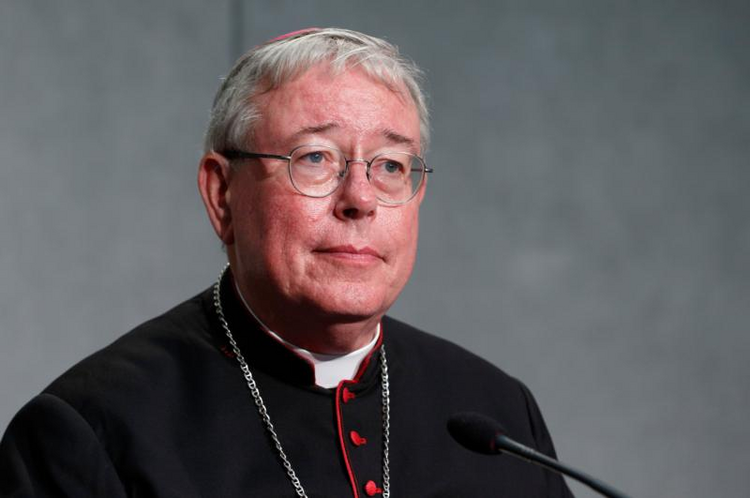 Archbishop Jean-Claude Hollerich of Luxembourg was one of 13 new cardinals named by Pope Francis Sept. 1. He is pictured at a news conference to discuss the Synod of Bishops on young people, the faith and vocational discernment at the Vatican in this Oct. 10, 2018, file photo. (CNS photo/Paul Haring)

Cardinal-designate Jean-Claude Hollerich "is a true European, who can articulate the Catholic Church's message to Europe with a clear voice," said Roger Nilles, communications officer for the Luxembourg Catholic Church. "Like the pope, he sees the European Union as a vital peace project, tackling international questions which can't be resolved regionally or nationally. With his appointment, the pope seeks to encourage and open doors for those working in the same direction."

Cardinal-designate Hollerich will receive his red hat at the Vatican Oct. 5 as one of 13 new cardinals named by Pope Francis.

Nilles told Catholic News Service that the 61-year-old prelate was viewed as "open-minded and approachable," having spent more than two decades in Japan, and had emerged as an international figure as president of COMECE, the Brussels-based commission representing Europe's Catholic bishops.

COMECE said the appointment would strengthen Cardinal-designate Hollerich's responsibility "for the church in the EU." It said he "has been committed to the common good in Europe and the world, devoting himself to key issues, including youth, migration and asylum and climate."

Born Aug. 9, 1958, at Differdange, Cardinal-designate Hollerich studied at Rome's Pontifical Gregorian University and joined the Jesuit order in 1981, serving his novitiate in Belgium.

He studied Japanese, 1985-89, at Tokyo's Catholic Sophia University, returning for ordination in Brussels in April 1990. He took more theology and literature courses in neighboring Germany.

He returned to Japan in 1994, took perpetual vows in October 2002, and taught German, French and European studies at Sophia University. He served as the university's vice rector beginning in 2008.

Pope Benedict XVI appointed him archbishop of Luxembourg, and he was consecrated in October 2011. He served as president of the Conference of European Justice and Peace Commissions, 2014-2018, and head of the Youth Commission of the Swiss-based Council of Bishops' Conferences of Europe.

Elected COMECE president in March 2018, Cardinal-designate Hollerich has supported the work of EU institutions and backed European integration, while also urging EU reforms and a greater openness to dialogue.

Nilles told CNS that Cardinal-designate Hollerich was a "deeply pastoral person," with substantial experience working with young people. He said he believed the cardinal-designate would proclaim the Gospel wherever possible and also help raise the profile of Luxembourg's "little-noticed church."

"This is a small country, surrounded by large neighbors, with a mixed multilingual, multicultural population, which has always naturally tried to understand and negotiate compromises with others," Nilles said.

"Coming from Luxembourg, he clearly sees his role in the same way -- as a moderator who avoids being identified with left or right -- and tries to discern what the church's voice should be between all the different conservative and liberal tendencies."

Archbishop Hollerich told Luxembourg's Quotidien daily he had heard of his appointment while on vacation in Portugal, and he had to search the internet to discover why he was suddenly receiving so many messages.

He added that he was delighted "such a small country as Luxembourg could gain a cardinal," and would count on Bishop Leon Wagener, who became his auxiliary in July, to free him for "international obligations." 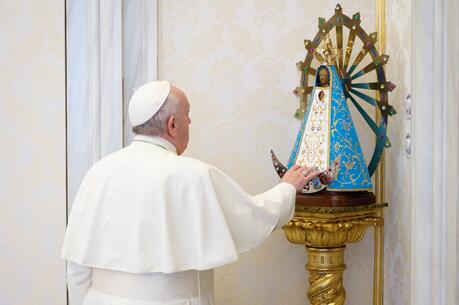 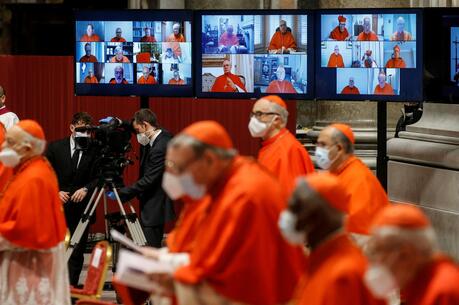