Catholic charities tested by abuse scandals and the border crisis

Catholic charities tested by abuse scandals and the border crisis 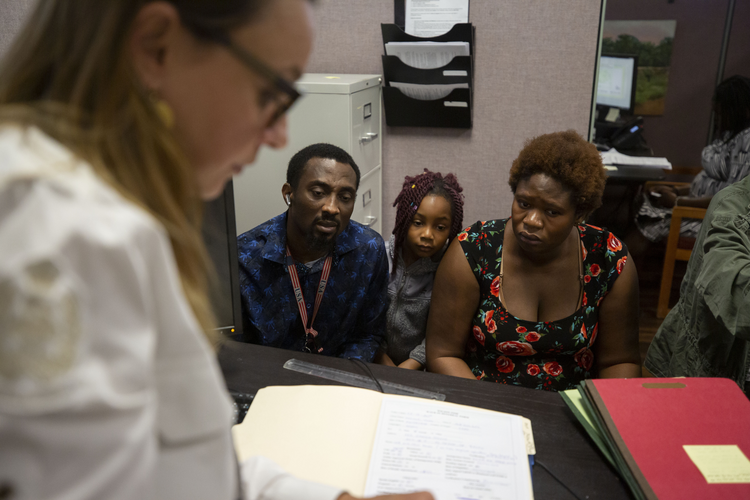 NEW YORK (AP) — For U.S. charities affiliated with the Roman Catholic Church, the past year has tested the resilience of their fundraisers and the loyalty of their donors in unprecedented fashion. Even as many donors reacted in dismay to the church's extensive sex-abuse scandals, the charities faced new challenges trying to address the immigration crisis at the U.S.-Mexico border.

For the agencies with the most donors, Catholic Charities and Catholic Relief Services , it's too early to gauge the overall financial impact of sex-abuse developments last year. Those included abuse allegations that led to former Cardinal Theodore McCarrick's ouster from the priesthood and a Pennsylvania grand jury report asserting that about 300 Roman Catholic priests had abused children at six of the state's dioceses over seven decades.

However, several local Catholic Charities affiliates report a drop in donations linked at least in part to the scandals.

In Pittsburgh, the largest diocese targeted by the Pennsylvania grand jury, local Catholic Charities executive director Susan Rauscher said donations were down this year, though she had no figures yet. The Rev. Nicholas Vaskov, a spokesman for the diocese, estimated that giving directly to the diocese had declined about 10% — due to churchgoers' unhappiness with a reorganization of parishes as well as dismay over sex abuse. Staff cuts have resulted.

Pittsburgh Bishop David Zubik, like some bishops elsewhere, has told donors that none of their gifts would be diverted to a new compensation fund for abuse victims; he said the fund would be financed largely through sale of properties.

Leaders of Buffalo's Catholic Charities affiliate worried about impact on their programs serving more than 150,000 people. So they offered a deal: Unlike past years, when gifts to its annual appeal were split between the charity and the diocese, donors this year could choose to direct their entire donation to the charity. More than 50% of donors picked that option.

"People are confused. ... They're upset with the Catholic church," said Dennis Walczyk, president of Catholic Charities of Buffalo. "But don't take it out on the people that really need help."

Despite the new approach, the annual appeal, which ended June 30, came up about $1.7 million short of its $11 million goal. Walczyk said the charities' programs would persevere, but the diocese warned it might have less money for schools, youth ministries and hospital chaplains.

Catholic Charities USA, which oversees operations of its affiliates in dioceses nationwide, has recently issued urgent appeals for more donations to help address the needs of immigrants and refugees, notably along the U.S.-Mexico border.

"100% of your donation will help our agencies along the border ... and ensure that children are being treated with care and kindness," said an appeal last month. "Without additional funding, Catholic Charities agencies struggle to meet the growing needs of the migrant crisis."

"Anybody who is working in Catholic organizations right now is being hit by the fallout from the abuse crisis," she told Catholic News Service. "We have been faced with some of our significant donors saying, 'No more money to Catholic Charities until the bishops straighten out this mess.'"

A national survey released in June by the Pew Research Center reinforced Markham's concerns; it reported that one-fourth of Catholics said they had reduced donations and scaled back Mass attendance because of the abuse crisis.

Among the many Catholic Charities affiliates grappling firsthand with the border crisis is the one in San Diego, which has struggled to obtain the funds needed to sustain its expanded services. It needs more legal staff to help asylum-seekers at their immigration court hearings, and more funds to buy tickets for migrants seeking to unite with family elsewhere in the country. Its new clientele includes not only recent arrivals from Mexico and Central America, but also asylum-seekers from Nigeria, Haiti and elsewhere who crossed over the Mexican border.

"Donors' support has not been sufficient," said the San Diego affiliate's executive director, Vino Pajanor. "Families still reside in churches or overcrowded homes. Children have school-related needs that are not currently being met."

Pajanor said donations to his organization dipped from $2.3 million in the 2018 fiscal year to under $2.2 million in the just-ended fiscal year, with a further drop projected for 2019-20. He suggested that factors behind the drop included the sex-abuse crisis and tax code changes affecting charitable deductions.

No U.S. city has been entangled longer in the abuse scandal than Boston, where articles by The Boston Globe in 2002 exposed extensive abuse and cover-ups. There has been simmering anger toward the Boston archdiocese among many area Catholics, but the regional Catholic Charities affiliate — which serves about 190,000 people — says donations have been steady enough to sustain basic programs.

"By and large, we've just hung in there," said Debbie Rambo, who has worked for the charity since 1978 and been its president for nine years.

Giving from individual donors has seesawed in recent years. It totaled $9.3 million in the 2018 fiscal year, up from $7.1 million in 2017 and down from just under $10 million in 2016. The total for the just-finished 2019 fiscal year hasn't yet been calculated; Rambo said it will be up slightly from 2018.

"Catholics continue to support our work because they believe it's so important," said Rambo, citing programs that aided about 20,000 refugees and immigrants last year.

While Catholic Charities operates in the U.S., Catholic Relief Services focuses on foreign missions. It was formed to serve displaced people during World War II and now operates programs in more than 100 countries.

Its work is widely admired — and not directly connected to U.S. dioceses buffeted by the sex-abuse crisis — yet the scandals nonetheless have affected CRS.

One of its former board members, and a director of the CRS Foundation, was McCarrick, the former cardinal expelled from the priesthood in February for sexually abusing minors and seminarians. As allegations against him solidified last year, CRS issued a statement expressing dismay and severing ties with McCarrick.

CRS also said six of its former board members — five of them deceased — were named by the Pennsylvania grand jury as having played a role in allowing clergy sex abuse to continue. Going forward, CRS promised constant "revisiting" of its policies to prevent and address sexual misconduct.

Can the church do more to defend undocumented people?
Jim McDermott

CRS reported $226.4 million in private contributions for the 2018 fiscal year, down from $239.6 million in 2017. Its communications office declined to comment on any possible effect of the sex-abuse scandals.

Like Catholic Charities, CRS has been beefing up programs aimed at easing the immigration crisis. Among its priorities is addressing problems in Central America, such as gang violence and lack of jobs, so people don't feel compelled to leave their homeland. In Mexico, CRS supports shelters that provide legal aid and trauma counseling to migrants.

Some prominent Catholics, including Washington Post columnist Marc Thiessen, have urged fellow Catholics to withhold money from their bishops' fundraising drives as a way of demanding more accountability for the sex-abuse crisis. In an op-ed in March, Thiessen suggested that faithful Catholics instead steer their donations directly to "the many wonderful Catholic charities that help the poor and vulnerable."