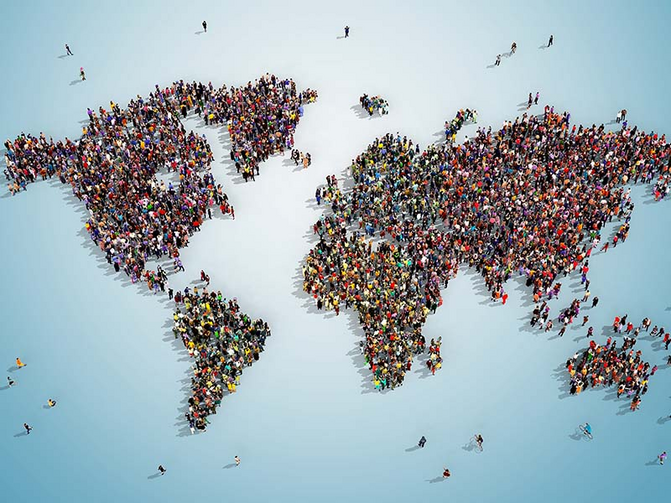 (RNS) — Even if migration to Europe ceased — no immigrants, no refugees — the percentage of Muslims in those countries would still rise over the next three decades.

That’s according to new projections released Wednesday (Nov. 29) by the Pew Research Center.

Though it hasn’t been long since Pew made its last projections on population growth of world religions, which were based on 2010 numbers, a record number of asylum seekers from Syria and other predominantly Muslim countries has changed the picture considerably.

By comparison, Muslims make up about 1 percent of the population in the United States and could reach 2 percent by 2050, according to Pew estimatesreleased earlier this year.

The new European numbers are based on Pew analysis and projections of census and survey data from each country, as well as data on immigration from Eurostat and other sources.

With the recent wave of Muslim immigrants and refugees to Europe, anti-Muslim movements have sprung up in several countries, including PEGIDA (Patriotic Europeans Against the Islamisation of the West), which has protested the arrival of Muslim migrants, claiming Germany will be “overrun” by Muslims.

That sentiment can cross the Atlantic: On Wednesday, President Trump retweeted three inflammatory videos purporting to show violence committed by Muslims that had been posted by the deputy leader of the far-right group Britain First, Jayda Fransen.

How much Europe’s Muslim population actually will grow over the next three decades depends on future migration and birthrates. Pew created projections for three possible scenarios.

Previously, Pew had estimated Europe’s Muslim population at nearly 6 percent of the region, projecting it would reach 10 percent by 2050.

Meantime, Europe’s total population would drop from about 521 million to an estimated 482 million without any future migration, according to the report. It would remain roughly stable if only nonrefugee immigrants were admitted to the country and grow modestly if all were admitted.

The non-Muslim population is projected to decline in each scenario — at most, by about 10 percent in the scenario with no migration.

Even the scenario with the largest growth leaves the Muslim population considerably smaller than the populations of both Christians and people with no religion in Europe.

But even the scenario with the largest growth leaves the Muslim population considerably smaller than the populations of both Christians and people with no religion in Europe, according to the report.

“There will be no country where Muslims make up more than a third of the population,” said Conrad Hackett, Pew’s associate director of research and senior demographer.

“There have been sort of sensationalistic claims that due to different fertility or migration patterns, France or other countries might perhaps have a Muslim majority by midcentury. Even in our highest scenario, we just don’t find that to be an outcome that would materialize.”