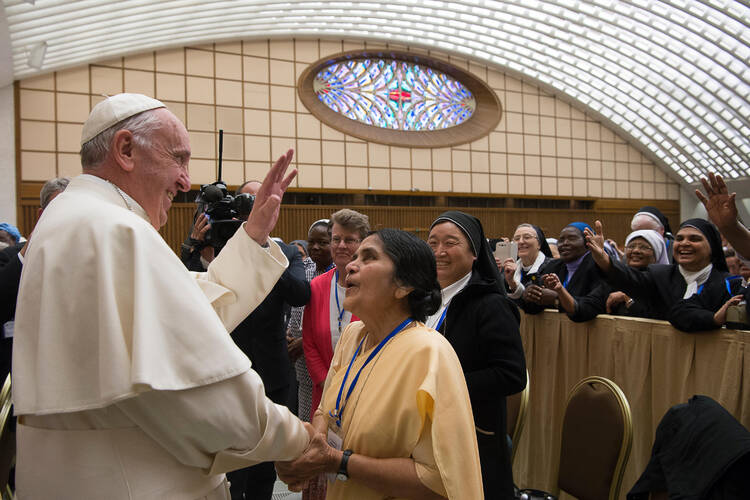 “What prevents the church from including women among the permanent deacons, just as happened in the early church? Why not set up an official commission to study the question?” Good question. It was asked by a woman religious to Pope Francis on May 12, in a conversation with the superiors of 800 women’s religious orders at the Vatican. Pope Francis’ comments caused quite a few people to take notice.

“I would like to set up an official commission to study the issue. I think that it will be good for the church to clarify this point.” The pope’s remarks were, in a few quarters, taken to mean that he had approved of women deacons. He had not. But in other quarters they were interpreted to mean he had no real intention to study the matter further. Let us take the pope at his word. He plans to convene a commission to clarify the matter, particularly the questions he posed about the women deacons in the New Testament, like Phoebe (Rom 16:1-2): “But what are these deaconesses? Were they ordained or not?”

We support such a papal commission and hope it helps us further understand the possibility of the female diaconate. The church could be greatly enriched if women could preside at weddings, funerals and homilies, as well as break open the word in those liturgical settings. But this is far from the only kind of leadership that women could exercise. Even without being deacons, women can and should be included in positions of real leadership and influence in a more, to quote Francis again, “incisive” way. Promoting women within the church should not have to wait on a clerical designation.