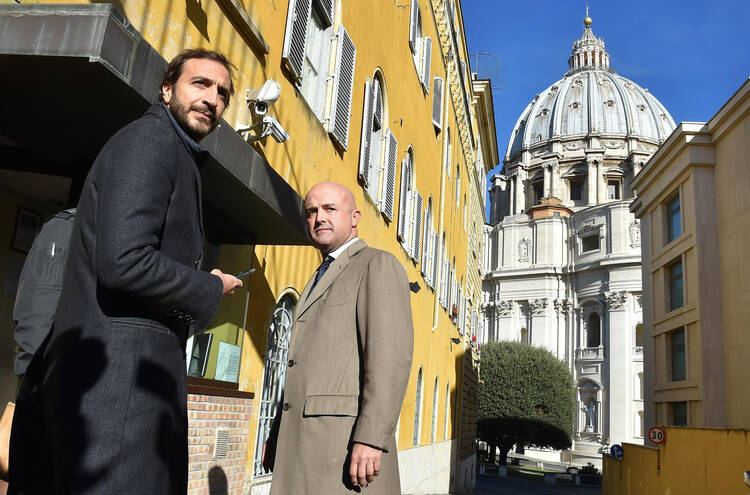 Continuing his reform of Vatican finances, Pope Francis issued a decree on March 4 approving new norms relating to the administration of the “goods,” mainly money, of the causes for beatification and canonization of saints in order to ensure full transparency and accountability in this area.

He took this decisive step after the commission he set up in July 2013 concluded that there was little or no oversight on how the considerable sums of money collected for a particular cause were spent. The commission’s report revealed that the system approved by St. John Paul II in 1983 lacked effective oversight and failed to prevent abuses. John Paul II beatified 1,138 persons and declared 482 saints, and it was known in Rome during his pontificate that money had been an important factor in advancing some of them.

In early August 2013, Francis received alarming reports from the commission on this matter, and he immediately ordered the blocking of some 400 accounts of the postulators of the causes of beatification and canonization held at the Institute for the Works of Religion (commonly called the Vatican Bank). That was but the first step; the new norms are the latest.

That there were abuses in the system was long known. It became public knowledge when two Italian journalists, Gianluigi Nuzzi and Emiliano Fittipaldi, drawing on the commission’s leaked report, published books that revealed that while hundreds of thousands of euros were collected for a particular cause, there was little or no control over how this money was spent. The average cost for a beatification was around 500,000 euros (US $550,000). Fittipaldi, for example, highlighted the high costs for the cause of Archbishop Fulton Sheen. Most of the 450 postulators are religious, but Nuzzi cited the report as revealing that two lawyers (laypeople, both named) handled a disproportionate share of the 2,500 causes, with 90 cases each. Moreover, the family of one of them was among the three printers given contracts by the congregation to print the position papers (sometimes several volumes) for the causes.

While holiness is indispensable for canonization, Francis acknowledges in his preface to the new norms that causes “require much work, involving expenses,” first at the local diocesan level, then at the Roman level (the congregation) and finally for the celebration of the beatifications and canonizations. While the parties that launch a cause give a contribution, he said the Apostolic See “bears the costs” at the Roman level and also has the task of overseeing the incomes and expenditures.

According to the new norms, when an “actor” (such as a diocese or religious order) accepts a cause, it then sets up a fund to advance it. Contributions to this fund may come from individuals or juridical persons. Furthermore, a cause needs a postulator to promote it, and he or she normally requires professional input from medical, research, legal and other personnel, who may demand fees for their services.

The new norms establish that each cause is to have an administrator, who can also be the postulator general. They define the administrator’s tasks as including presenting a budget and balance sheet each year to the competent authority, namely the bishop, eparch, major religious superior or other ecclesiastical authority. The competent authority has the obligation to exercise vigilance over the money flow, approve the balance sheets and send a copy to the congregation, the highest instance of oversight, which has the power to discipline those who may misuse funds.

For the Roman phase of the cause, the norms say the congregation requires a contribution from the one who launches the cause. The norms give precise regulations on how all the money is to be used at the different stages and insist that all financial contributions for causes must be sent by bank order.

A “solidarity fund” is to be established at the congregation, the norms state, and whenever money is left over from causes that have ended, it is to be deposited there. This fund is to be used for causes that lack money to get them started. Francis is well aware that whereas countless causes from Italy, Spain and Poland thrive every year, many in Latin America, Africa and Asia cannot even reach the starting blocks, or move forward from there, because of the lack of human and financial resources. That is another reform on his radar.

@gerryorome
Show Comments (
2
)
Comments are automatically closed two weeks after an article's initial publication. See our comments policy for more.
William Rydberg
6 years 10 months ago
Don't get too pure about this Gerard. It's not like even you are an unpaid volunteer. Have you ever seen a Bill gets passed in Washington, Brussels, or even Ottawa. Let's not be naive, it's how expensive bureaucracies survive. IMHO God makes the Saints, the Church merely lists or "canonized" them. Just my opinion, in The Risen Christ,
Lisa Weber
6 years 10 months ago
It is good to see reform that includes better accounting and oversight. I like that Pope Francis is so practical about how the world works.