The Great Gift of ‘Laudato Si’’ 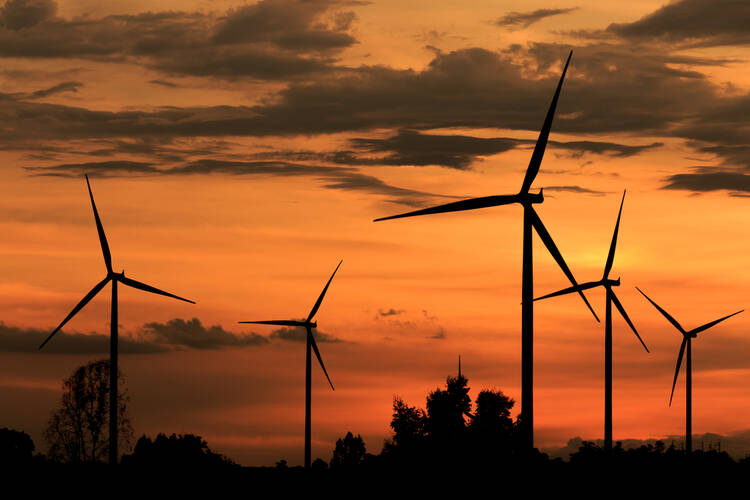 As Pope Francis eloquently and accurately describes, the economic juggernaut is destroying biodiversity, dangerously altering the climate and undermining the life-support systems of the planet for humanity and millions of other species. On all of this, Pope Francis offers a compelling summary of the scientific evidence, presented with clarity and precision. His concision and precision on these matters exemplifies the church’s profound commitment to the marriage of faith and reason, with its abiding commitment to science.

Yet, as Pope Francis describes, the economy keeps barreling along, seemingly oblivious to these hazards and to the deadly costs they are imposing on the world’s poor and vulnerable people. In the very powerful phrase of his earlier exhortation “Evangelii Gaudium,” the world suffers from a “globalization of indifference” that makes it nearly impossible for humanity to reorient toward sustainable development over the current destructive trajectory.

The church has grappled with the economic juggernaut since Leo XIII’s encyclical “Rerum Novarum”(1891), which confronted the “new things” of the industrial age. From then till now, the church has made the supremely important point that the economy can serve human wellbeing only if it kept within a moral framework for the common good.

The Faustian bargain of capitalism is to put economic self-interest—the pursuit of profit and wealth—at the center of the economic machine. Self-interest is a very powerful elixir, capable of spurring the most remarkable economic achievements, but also capable of inciting the most shocking abuses, from slavery to child labor to human trafficking to environmental destruction. A market economy without a moral framework inevitably becomes a profound danger to itself; the intoxicating forces of greed are unleashed without moral restraint and overwhelm our innate sociality, goodness and compassion.

Since “Rerum Novarem,” the church has therefore profoundly insisted that while private property rights are to be respected, property rights must be kept within the bounds of the common good. The church calls this the “universal destination of goods,” the idea that market goods must serve a higher moral purpose, not only the blind outcome of market forces. There can be no inviolability of private property rights above moral claims. As Pope Francis writes: “Thus God rejects every claim to absolute ownership: ‘The land shall not be sold in perpetuity, for the land is mine; for you are strangers and sojourners with me’ (Lev 25:23).”

The global market economy today largely operates outside of any guiding moral framework. Some business leaders reject even the most basic norms of honesty in business transactions. When they cheat their counterparts, they sneer that their counterparts are big boys who should take care of themselves.

Unleashed from a moral framework, the juggernaut recognizes no boundaries, not even the boundaries of the physical Earth, of Creation. The conflict of untrammeled private property and the common good was starkly on display in the United States in 1994, when the Senate took up the ratification of the U.N. Convention on Biological Diversity (C.B.D.). The C.B.D. was adopted by the U.N. member states in 1992 in order to stop the blind destruction of nature, but the U.S. Senate refused to ratify the treaty under pressure from landowners in western states who argued that private property rights take precedence over the survival of other species.

Pope Francis offers an “integral ecology,” which respects the fundamental interconnectedness of the economy, society and environment. “We are part of nature, included in it and thus in constant interaction with it,” writes Pope Francis. “Recognizing the reasons why a given area is polluted requires a study of the workings of society, its economy, its behavior patterns, and the ways it grasps reality.” Because of this fundamental interconnectedness, this integral ecology, “We are faced not with two separate crises, one environmental and the other social, but rather with one complex crisis which is both social and environmental. Strategies for a solution demand an integrated approach to combating poverty, restoring dignity to the excluded, and at the same time protecting nature” (No. 139)

Pope Francis offers a brilliant explication of the importance of a new form of research, one that I like to call the emergent field of sustainable development, to integrate the areas of specialized knowledge into a comprehensive and interconnected form of understanding. To quote the encyclical on this point:

Ongoing research should also give us a better understanding of how different creatures relate to one another in making up the larger units which today we term “ecosystems”. We take these systems into account not only to determine how best to use them, but also because they have an intrinsic value independent of their usefulness. Each organism, as a creature of God, is good and admirable in itself; the same is true of the harmonious ensemble of organisms existing in a defined space and functioning as a system. Although we are often not aware of it, we depend on these larger systems for our own existence.

“Laudato Si’” offers a compelling, eloquent and reasoned appeal to a new way of understanding, an inspiring call on humanity to use reason and faith to create a world in which the economy is once again bound by the common good, and in which the common good embraces the reverence for the physical Earth and other species. As with all great philosophical and religious insights, Pope Francis’ encyclical offers a vision that looks both backward and forward. He looks backward to the ministry of St. Francis of Assisi, who preached the love for nature; and he looks forward to practical solutions in our time to creating a new economic system that harnesses technologies and morality to save the planet.

As with “Evangelii Gaudium,” the environmental encyclical is profoundly a message of optimism, that a new awareness and morality, that a breakthrough from indifference, can yet protect humanity and preserve the Earth. Pope Francis’ optimism, indeed joy, reminds me of a statement of President John F. Kennedy, as he embarked on an arduous, and ultimately successful quest to negotiate a nuclear arms agreement with the Soviet Union in 1963. “Man's reason and spirit have often solved the seemingly unsolvable, and we believe they can do it again.”

This historical reference is apropos, not only in spirit but in the fact that this earlier episode of human problem solving, a half-century ago, was also helped by an epochal encyclical, “Pacem in Terris” of Pope John XXIII, which sought to place international affairs of state within a moral framework. Back in 1963, as the world teetered on the brink of nuclear self-annihilation, Pope John XXIII labored to inspire world leaders with a vision of survival and the common good. His great encyclical was hand delivered to the White House and the Kremlin.

We have cause to believe that “Pacem in Terris” helped to inspire the moral vision of Kennedy, Khrushchev and other leaders of the day. We have similar cause to believe that Pope Francis today has given us a message that will speak to all humanity, including the political leaders who will soon head to the United Nations to adopt Sustainable Development Goals in September and to Paris to decide on a vital course correction on human-induced climate change. Yes, we have before us at least the possibility of epochal change.

Show Comments (
1
)
Comments are automatically closed two weeks after an article's initial publication. See our comments policy for more.
Dale Lature
6 years 6 months ago
so appreciative of Mr. Sachs for his articulate explanation of integral realities : I like to say that the concepts of economy and ecology didn't use the same root word for nothing!