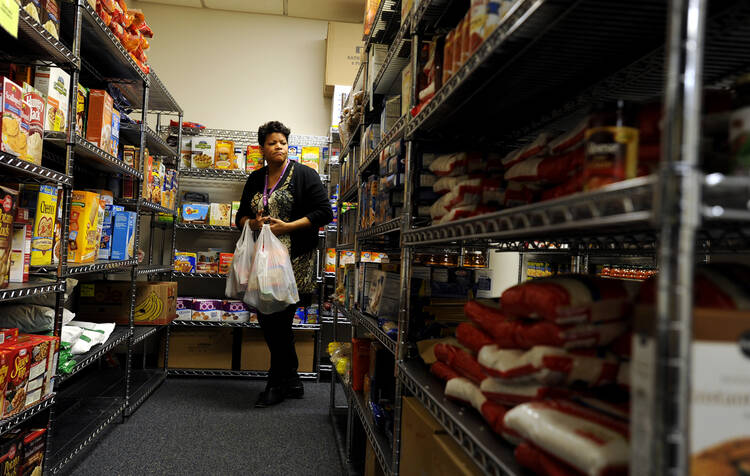 Here are two representative headlines that say a lot about the economic state of the union in 2013: “Inequality Widened During Post-Recession” and “Fast-Food Workers Strike in Chicago.” The first headline refers to a story about a shocking expansion of economic disparity. The top 7 percent of the nation’s wealth holders added 28 percent to their asset pile between 2009 and 2011, while the remaining 93 percent of the population saw a net loss of 4 percent. That skewed wealth distribution has been exacerbated by the economic turmoil of recent years, but it continues a long-term trend. The second headline speaks to the growing desperation of low-wage workers in the United States, locked into full-time jobs that fail to lift them and their families above the poverty line.

The U.S. economy has always produced winners and losers; that is presumably part of its genius. The risk takers are richly rewarded; the rest are free to pursue more dependable, if less remunerative options. So the tale has been told and retold, part of a cultural narrative that masks a great deal of anxiety and deprivation. Now—after a period of rapid economic and technological upheaval, the loss of millions of well-paying jobs and the bursting of a housing bubble that had enveloped middle-class America’s “safest” asset—the shoddy premises of that story have been laid bare.

Social mobility in the United States is now lower than in the socialized states of Europe; the Census Bureau reports poverty levels not seen since the mid-1960s; and 20 percent of the country’s children are growing up poor. Compared with its peers in the Organization for Economic Cooperation and Development, the United States ranks at the bottom in measures of the equality of income distribution and government social transfers.

Wages have been stagnant for decades, even as large productivity gains have generated vast new wealth. Three decades ago, C.E.O.’s in the United States were paid 42 times as much as the average U.S. worker. Today they earn 354 times as much. On Wall Street the Great Recession is little more than a bad memory even as working people on Main Street lower lifestyle expectations and increasingly give up on higher education for their children, a sure path to a sad generational deflation of hope.

U.S. income and wealth inequities have recently drawn disapproving appraisals from the Federal Reserve Board and the International Monetary Fund. The church has long been concerned by such disparities. Popes Paul VI and Benedict XVI, in promoting the common good over pure profit-making, both warned of “the scandal of glaring inequalities.” And Pope Francis, as archbishop of Buenos Aires, condemned “unjust economic structures that give rise to great inequalities.” Such disparities were especially immoral, he argued, in nations that have “the objective conditions for avoiding or correcting such harm.” Unfortunately, many of those nations, he charged, “opt for exacerbating inequalities even more.”

Over the long term, wealth inequality is an imbalance that threatens the common good in a number of ways. It creates unhealthy class tensions, concentrates economic and political power in an elite increasingly disconnected from the everyday realities of fellow citizens and promotes racial and economic segregation. It gravely reduces opportunities for more balanced and sustainable economic growth by diminishing a vibrant middle class. It encourages corporate and government corruption and lending and borrowing practices that, as the nation already has experienced, can bring ruin far beyond that of individuals and households.

It has taken decades to establish this dangerous disparity in American life; it will take decades to unravel it. It will be a complex job that will call for a reassessment of the impact of proposed austerity policies, the restoration of progressivity to tax structures, increased social spending on health care and services for children and the careful nurturing of better-paying jobs. It will require improvements in educational attainment across regional, class and racial lines; a viable civic space for collective bargaining; and finally, the embrace of a minimum wage capable of permanently removing working people from government social service queues.

To the rich man damned because of his indifference (Lk 16:25), Abraham said, “My child, remember that you received what was good during your lifetime while Lazarus likewise received what was bad; but now he is comforted here, whereas you are tormented.” The parable of Lazarus and the rich man could be taken as merely a balm for the poor and a warning to the wealthy, but it ultimately speaks to a kind of divine balance, to justice “seeking equilibrium.”

In our era tall tales of excesses among the wealthy and the poor are equally enjoying an unpleasant revival. Perhaps a restoration of the social parity suggested in this biblical parable will produce a far more ennobling story to tell.

It has taken decades to establish this dangerous disparity in American life; it will take decades to unravel it.