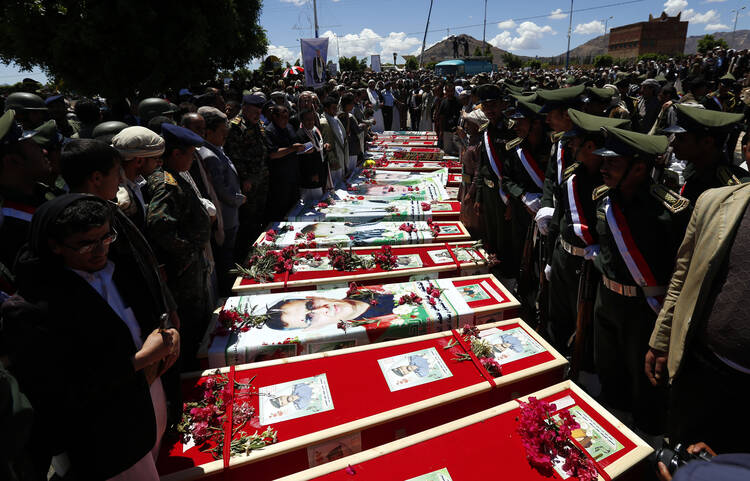 Despite rising tensions in Yemen and continued fighting between government and rebel forces, Catholic officials said the six Salesian priests and the 20 members of the Missionaries of Charity assigned to the country have remained. “Our priests are safe,” and the sisters continue to work in four cities, “including the hot spot” of Sanaa, said Gandolf Wild, O.F.M.Cap., secretary of the vicariate of southern Arabia. The sisters and the priests in Yemen have what Pope Francis has described as “the courage to be present in the midst of conflict and tension,” wrote Bishop Paul Hinder, apostolic vicar of southern Arabia, in his pastoral letter for Holy Week and Easter, adding that this is “a credible sign of the presence of the Spirit.” He asked the region’s Catholics to celebrate Holy Week and Easter with special prayers for “all who are discriminated against, tortured, expelled from their homes, abused and killed.”