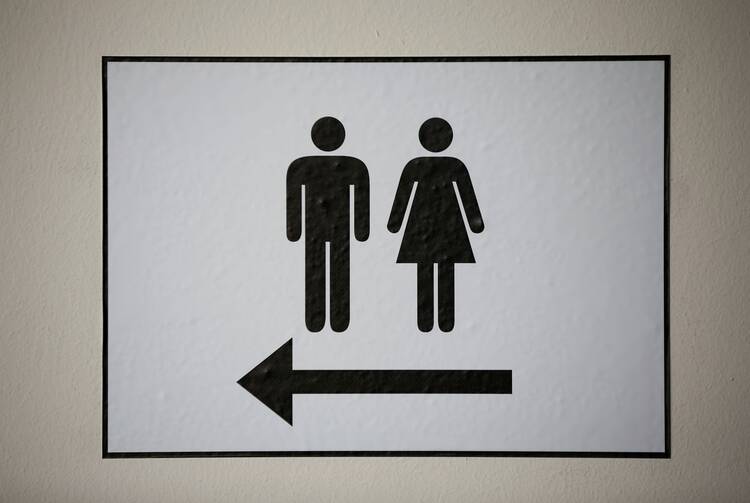 (OSV News)—New guidance and policies on ministering to people experiencing gender dysphoria released Jan. 16 by the Diocese of Des Moines, Iowa, call for compassion and coherence with the church’s teaching on gender and identity.

The document, “Gender Identity Guide and Policies,” highlights scriptural and theological underpinnings of the church’s teaching on gender and sex, while emphasizing pastoral concern for children and adults experiencing an incongruence between their sex and gender. It then lists seven policies establishing how this guidance should be implemented in Catholic parishes and schools within the diocese.

The guide “is intended as a commentary to help foster a proper understanding of policies of the Roman Catholic Diocese of Des Moines regarding gender identity, in recognition of the pastoral sensitivities regarding this matter, and the real and profound struggles individuals of good will face,” it states.

An “interior conflict” between biological sex and gender is “not sinful in itself” and reflects the state of human beings due to original sin, the document states.

An “interior conflict” between biological sex and gender is “not sinful in itself” and reflects the state of human beings due to original sin, the document states, adding that people who live with this tension “should be treated with respect and charity.”

It also states that the Catholic community should accompany its families with members who experience gender dysphoria, but in a way that affirms their biological sex and that they are “unconditionally loved by Jesus Christ and by the Church, and that they are vital members of the Body of Christ who have a home in the family of God.”

The document’s policies are “binding for diocesan parishes, schools, organizations, and institutions of the Catholic Church in the Diocese of Des Moines.” They include reflecting biological sex in pronoun use, bathroom use, dress code and uniform adherence, athletic and extracurricular participation, single-sex institution enrollment, the use of single-sex buildings, and participation in single-sex programs, such as retreats and camps.

Additionally, the use or distribution of gender reassignment medication, including “puberty blockers” used for that purpose, on church or parish property is not permitted.

The use or distribution of gender reassignment medication, including “puberty blockers” used for that purpose, on church or parish property is not permitted.

According to an accompanying FAQ document, the policies were created in response to parish and school leaders’ requests to Bishop William M. Joensen of Des Moines for guidance “on how they should welcome and minister to those coping with gender dysphoria while following Catholic Church teaching.”

A statement provided to OSV News by Anne Marie Cox, the diocese’s communications director, said the bishop, who was appointed to the diocese in 2019, organized a task force to examine the issue, and “after two years of study, prayer, listening and consultation, a policy was developed that begins with love.”

“As a diocesan community, we are committed to upholding Catholic Social Teaching that enjoins respect for the life and dignity of every person as created in the image of God,” the statement said.

The six-page document was adopted Jan. 13 and took effect Jan. 16.

“As a diocesan community, we are committed to upholding Catholic Social Teaching that enjoins respect for the life and dignity of every person as created in the image of God,” the statement said.

Other dioceses have released similar guidance and policies in recent years. In 2020, the Minnesota Catholic Conference issued “Guiding Principles for Catholic Schools and Religious Education Concerning Human Sexuality and Sexual Identity,” in response to “Male and Female He Created Them: Towards a Path of Dialogue on the Question of Gender Theory in Education,” a 2019 document of the Holy See from the Congregation for Catholic Education (today part of the Dicastery for Culture and Education).

In 2021, the Diocese of Marquette, Michigan, published instructions for pastoral care for people experiencing either same-sex attraction or gender dysphoria, and the Diocese of Arlington, Virginia, similarly published “A Catechesis on the Human Person and Gender Ideology.” In the Archdiocese of Denver, “Guidance for Issues Concerning the Human Person and Sexual Identity” has been in place since 2019.

A 2017 interfaith statement signed by several committee chairmen for the U.S. Conference of Catholic Bishops titled “Created Male and Female: An Open Letter from Religious Leaders” stated that “sexual difference is not an accident or a flaw—it is a gift from God that helps draw us closer to each other and to God. What God has created is good.” It expressed a commitment to show compassion and sensitivity to people experiencing gender dysphoria but also called the idea that a person could change his or her gender “deeply troubling.”

Maria Wiering - OSV News
@MariaWiering
Show Comments ()
Join the conversation: Login or create an account
Before you can comment, you need to update your profile to include your first and last name, as required in our comments policy. Then reload this page and you'll be set up for commenting. Update your profile