‘Why Does God Hate Me?’ A response to a frequently Googled question 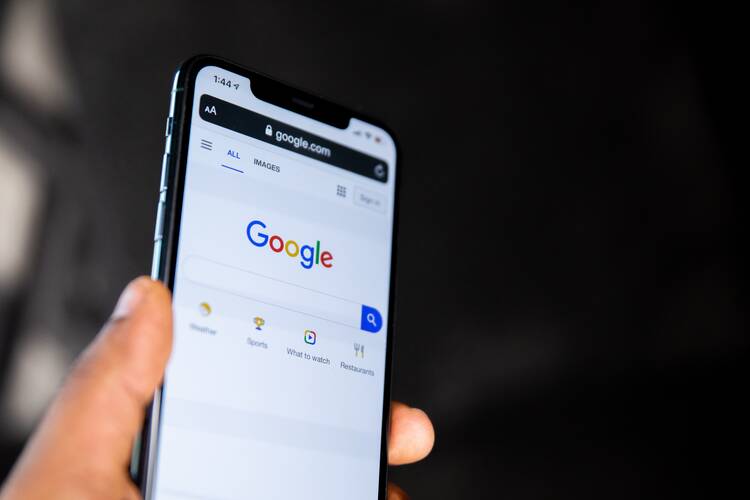 Photo by Solen Feyissa on Unsplash.

The other day, on a whim, I typed “Why does God…” into Google to see what would auto-populate in the search bar. Your question, “Why does God hate me?” was number three on the list. And it hit me so hard that I wanted to write to you.

I would like to say to you that God does not hate you. I would really like to. But I wonder, how many times have you heard that already? When I checked the answers to your question online, it seemed like that was the constant response. That—and “Because God is a monster.”

Has either of those responses helped you? I definitely appreciate both sentiments in their own way—if a person can truly say without any doubt that God is not a monster, I don’t think they are looking very closely at the suffering and injustice in our world. But those responses also left me cold. It felt like the writers had agendas of their own. I probably share the agenda of those who want to reassure you that you are not hated, that God loves you. But God loving you is clearly not your experience right now. So I’m trying to put my own agenda away.

The other day, on a whim, I typed “Why does God…” into Google to see what would auto-populate in the search bar. Your question, “Why does God hate me?” was number three on the list.

I wonder what has made you think that God hates you. Was it perhaps because someone told you that? If that’s the case, you must have a tremendous amount of faith in them. I can’t help but wonder if they’re worth the trust you’ve given them. Has there ever been anyone who said “God hates you” who turned out to be correct, or generally a good person? In the New Testament, Jesus regularly calls out the religious leaders for putting people through hell; he challenges the people who want to execute a prostitute. But he never says God hates any of them.

My deeper worry is, if you believe that God hates you, it may mean that you are experiencing tremendous suffering right now. Maybe you have tried really hard to overcome whatever has beset you, but none of it has worked. When you are in a position like that, how can you not begin to wonder if God hates you?

In a strange way, I think the fact that you are asking this question means you are actually trying to change things for yourself. If you could just figure out why this is happening, then you could maybe solve it and end your pain. A lot of other people would get to where you are and conclude: The hell with this; clearly there is no God. Or they would respond like those others online who say, ‘Oh yeah, God is out there, but he is the absolute worst, so best walk away from him.” I almost want you to hear that and accept it because maybe it would give you some measure of relief.

Did you know that your question is so popular on Google? Many other people have asked the same thing. You are not only not alone; you are part of a pretty massive group.

Maybe you have tried really hard to overcome whatever has beset you, but none of it has worked. When you are in a position like that, how can you not begin to wonder if God hates you?

It is not just people today who asked that question, either. In the Hebrew Scriptures, the ancient Israelites are constantly assuming that anything that goes wrong in their life is a punishment from God for something that they’ve done wrong. (Do you think you’ve done something wrong?) But over the course of those Scriptures, the ancient Israelites slowly learn that there can be other answers to the problem of suffering. It doesn’t have to mean that they did something wrong or that God hates them. It can just be that life is sometimes truly horrible.

Imagining what you must be going through, it is hard not to tell you that God does not hate you, that you are good and loved. It’s certainly what I believe. But maybe I also want to tell you that because I am uncomfortable with the idea of your suffering. When my teenage sister was killed in a car accident in 1991, people kept telling my family, “She’s in a better place,” or, “I guess God wanted another little angel in Heaven.” I’m sorry, what? Are you saying God looked down on a 13-year-old child and said, “You know what I’d like today? I’d like to kill that little girl so that I can have a little tea party with her in Heaven”? Are you kidding me?

What I’ve learned since then—in no small part from my own mistakes—is that when we’re confronted with another person’s suffering, it often makes us so uncomfortable that we end up saying things that are unintentionally cruel or dismissive to try to comfort ourselves. Honestly, who are any of us out here reading your question, anyway? What do we know of what you’re going through?

I hope it’s O.K. to say I’m sad that you are going through this, that you’ve endured such suffering that the only way you can understand it is to assume that God, who in so many religious traditions ends up being a pretty loving being, has tossed all that aside when it comes to you.

Did you know that your question is so popular on Google? Many other people have asked the same thing. You are not only not alone; you are part of a pretty massive group.

Would you consider a thought experiment? I swear you won’t have to close your eyes, take deep breaths or say some mantra. I went through a period in my 20s when I was filled with doubt about what I was doing with my life. That pales in comparison to what you’re expressing, but for me it was a pretty crippling experience. And it turned out the only thing that helped was this very random action: sitting in front of works of art and giving a painting or photograph some time, forcing myself to just sit there and look at the work.

To be clear, doing that didn’t stop my mind from going and going. But it gave me a different thing to keep gently redirecting my focus to, something outside of me to look at. And eventually and totally unexpectedly, it was like I gained some space between me and my feelings and questions. There was a space for me, again.

Would you consider doing something like that? You just find something you like and sit there looking at it for at least 15 minutes, with your phone off or away. It will probably feel like forever, but do it anyway. Just that.

I don’t know if this will help you. It certainly doesn’t answer your question. But maybe it’ll bring you a little relief or even give you a little space for yourself in the midst of your struggle.

There’s another version of this exercise that I could also recommend, but it’s a little more religious. I’m going to lay it out, but then feel free to just write it off if it doesn’t seem right.

Here it is: Sit quietly somewhere, and when you’re comfortable, do two things.

First, picture God looking at you. (Given what you’re feeling right now, this might be a super scary and terrible idea. So again, if this doesn’t seem right for you, don’t do it.)

I really hope that somehow asking this question out loud to others will help you find some peace and maybe even a path forward.

But if you want to try, let me just say, there’s no incorrect image of God. You can imagine God as a grandma, an eight-armed being from Jupiter, the sun or the old Santa man with the beard. Personally I always think it’s good to trust the first thing that comes to mind. If that’s your third-grade teacher Mrs. Zak or your dog Daisy Sparkles, stick with that.

So first you picture God looking at you. Once you’ve got that in mind, imagine God smiling as God looks at you. And to be clear, this is “Oh my God, I have not seen you in forever, we have got to get coffee now” smiling. This is “I am watching the sun rise and it is you” smiling.

Just try to sit with God looking at you like that. In my experience, sometimes that can be a lot to take in, so if you need to turn away for a bit, no worries. But then once you’ve taken a break, go back and try it again. See if you can handle that for a little while.

Again, will this change what you’re going through? I don’t know. I certainly don’t intend it to change your opinion of God. I am just hoping that it just gives you a way to rest. (But hey, if the end result is that the next time you think about God you get an image of your dog licking your face, that’d be great, too.)

I’m so sorry you’re going through this hard time. I’m also grateful to you for being brave enough to actually put out into the universe exactly what you’re feeling. I’ll bet part of the reason that your question is so popular on Google is because you asking it gave other people permission to ask it, too. Certainly your honesty makes me want to have the courage to be more truthful about my own life and the pain that I am sometimes going through.

I realize that probably isn’t much comfort, but it is true: You are brave for asking what you did and brave again for saying it out loud. And I really hope that somehow asking this question out loud to others will help you find some peace and maybe even a path forward. Sometimes when we say the thing we fear, it also frees us from it, at least a little bit. I hope that can be true for you.