Podcast: Is the extended synod on synodality becoming a ‘Vatican III’? 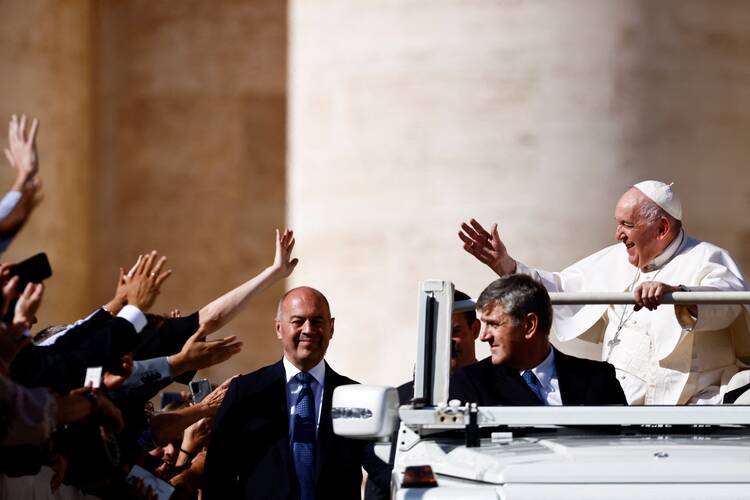 On Sunday, Pope Francis announced that the Synod on Synodality will be extended. Instead of one final meeting in the Vatican in October 2023, there will now be two Vatican meetings: One in Oct. 2023 and another in Oct. 2024.

This week on “Inside the Vatican,” veteran Vatican correspondent Gerard O’Connell and host Colleen Dulle explain the pope’s reasoning behind this decision, and whether the extension of the synodal process makes this synod, as some have said in recent days, a type of “Vatican III.”

[Missed our deep dive episode on the Synod on Synodality? Listen here!]

The hosts also discuss what message Pope Francis is sending by extending the synod: Is it a sign he does not intend to resign, an effort to ensure synodality continues with future popes, or simply a declaration that becoming a “listening church” is one of his top priorities?

In the second part of the show, Colleen and Gerry discuss the pope’s new book, I Ask You in the Name of God. Ten Prayers for a Future of Hope. Colleen explains the papal speech on economics that the book is based on, and Gerry gives his takeaways from the volume. The hosts revisit the question of where books like these fall in the hierarchy of papal teachings.

After this show was recorded, America published a report by Kenneth Woodward on the secret identity of a Jesuit who shepherded more than 150 canonization causes through the church’s saint-making process. Read “The final secret of the Vatican’s Jesuit saint maker” here.

Deep dive: The ‘Synod on Synodality’ — What’s done and what comes next?
Pope Francis’ 9 commandments for a just economy
WATCH: The Pope, the Environmental Crisis, and Frontline Leaders | The Letter: Laudato Si Film on YouTube