When snap judgments get in the way of the spiritual life 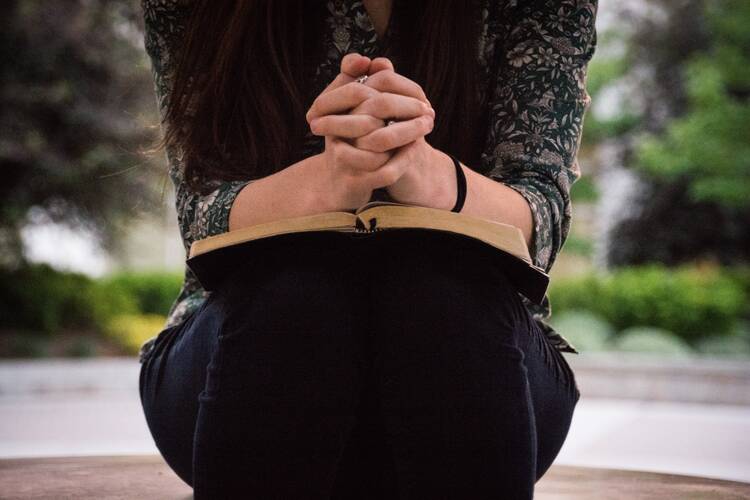 Reflection for Tuesday of the Twenty-second Week in Ordinary Time

Now the natural man does not accept what pertains to the Spirit of God,
for to him it is foolishness, and he cannot understand it,
because it is judged spiritually.
The one who is spiritual, however, can judge everything
but is not subject to judgment by anyone. (1 Corinthians 2:14-15)

When I lived in the dorms of my college, I had a randomly assigned roommate whom I hardly ever spoke to. No “good morning,” no “how are you?” and barely a “can I turn off the light?” I eventually thought this was normal, that we just didn’t talk to each other and that’s how it was. I thought the girl was fine, even if she kept the room cold year-round. I didn’t have anything against her, but we didn’t hang out in school or at home.

One day, I found out that she actively hated me. What I thought was agreed-upon silence was actually hatred toward me. At that point, I deduced that her feelings stemmed from the crucifix hanging on my wall—she figured out I was Catholic and assumed I hated her for being gay.

Had we held a conversation for more than two minutes, I probably would’ve mentioned my three closest female friends—two of whom have been dating for two years and counting, and the third who has dated both men and women. The ideas that my roommate had of me were coming from a place of assumption rather than real knowledge.

Though it hurt back then, I think back on this memory whenever I make a snap judgment on someone. She didn’t know me and had very negative feelings toward me, and that hurt—so I should, as cliché as it sounds, do unto others as I want done to myself.

Attempting to understand anything about God with only earthly knowledge is futile because it won’t make sense—that level of knowledge is not enough.

So what does today’s first reading mean for me and my goals of not judging people? Paul writes, “The one who is spiritual, however, can judge everything but is not subject to judgment by anyone.” Does this give me, a Catholic who considers herself spiritual and religious, the O.K. from God to do as I just promised myself I wouldn’t?

No, because Paul doesn’t mean “judge” here as we view the word, in the contemporary sense that has negative connotations. The original Greek might help to elucidate what he really means. In this case, “judge” is more like “inquire into” or “examine.” That makes more sense: Paul says people with knowledge about certain things can inquire into subjects in a way those without this knowledge cannot.

My roommate didn’t examine our situation, didn’t inquire about me as a person. And I know nothing about her previous experiences with Christians that may have colored her view of me. This can also be applied in a spiritual sense, as we should try to understand the things of God with “the mind of Christ,” as Paul says. Attempting to understand (judge) anything about God with only earthly knowledge is futile because it won’t make sense—that level of knowledge is not enough.

Let us try to be receptive to new knowledge, from God or from others, that can inform our decisions both spiritually and personally.