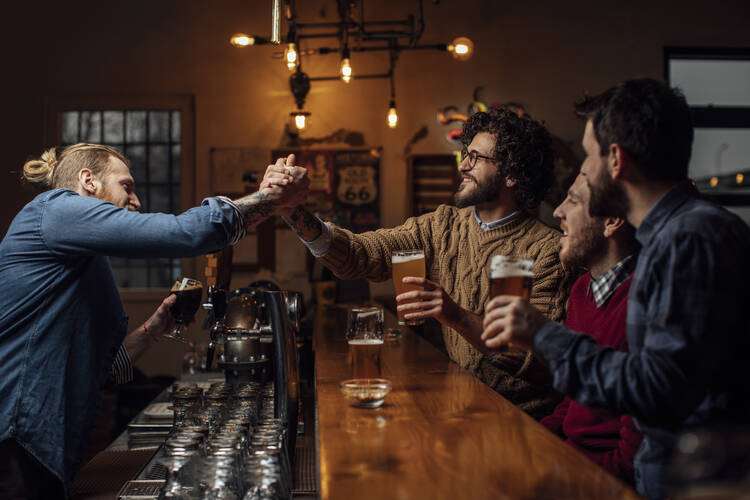 The meme popped up on my Facebook feed, shared by a friend and liked by a lot of people. It said, “Jesus didn’t dine with tax collectors and sinners because he wanted to appear inclusive, tolerant, and accepting. He ate with them to call them to a changed and fruitful life, to die to self and live for him. His call is transformation of life not affirmation of identity.”

It would take some time to explain how bad this meme is, starting with its answering a claim no one ever makes. Does anyone think that Jesus did what he did because he “wanted to appear inclusive,” or to impress others? Of course not. But those sharing this quote are not really talking about Jesus. They are accusing people today of pretense and virtue-signaling, and of abusing Jesus’ example as a way to excuse sinners and their sins.

Some in the Catholic world feel a need, even a compulsion, to make sure that judgment is always pronounced whenever mercy is offered. By this thinking, sinners—or at least certain categories of sinners—must never be allowed to forget their offenses. How will they sin no more if they don’t feel condemned?

Some in the Catholic world feel a need, even a compulsion, to make sure that judgment is always pronounced whenever mercy is offered.

The judgmentalism is bad, but I think the worst thing about the meme is that it effectively denies Jesus’ humanity. Real people like other people. If Jesus became man, then he became a man who had friends. With the disciples most closely, as St. John Henry Newman explained, but with many others as well.

I came across the meme one evening in our townie dive bar, after spending a couple of hours sitting with my young friend who believes in crystals and three kinds of aliens (one that looks like birds), and my older friend, a retired cop. I had also talked with the 30-something programming whiz who shares very intricate conspiracy theories, the man who admits to drinking a lot but prides himself on getting up the next morning and doing a good job at work, a huge young man who once asked if I could get him a girlfriend and then if he could sit on my lap (which baffled me until he called me “Santa”) and several other people who use the F-word in a creative variety of ways. All friends. Not close friends, but friends.

Some of these people live (I am sure, but I don’t ask) in irregular sexual relationships, as Catholics understand it, and perhaps enjoy illegal substances as well as substantial amounts of alcohol. Though many of the older patrons grew up Catholic, no one, as far as I can tell, ever goes into a church.

I like them all. They’re likable people. In fact, I like them better than most Catholics I know.

They are the same kind of people, I’m guessing, that Jesus ate with. I think that Jesus ate at his equivalent of our dive bar because he liked the people. Not just loved them, but liked them, enjoyed them for themselves, took pleasure in their company and felt happy just hanging out with them.

I think that Jesus ate at his equivalent of our dive bar because he liked the people. Not just loved them, but liked them.

He wanted them to change, of course, the way he wants every one of us to change. But I don’t think the people I hang out with need to change any more than I do, or more than most of the good Catholics I know. In some ways, among them kindness to others, they need to change less.

If I read them right, and I’ve been looking at this kind of thing for a long time, those who share the “Jesus didn’t dine…” meme picture Jesus as purely divine. They believe he was incarnate of the Virgin Mary, but mainly as a guarantor that he shared our humanity in order to save us. The Jesus they imagine is always on, always about being God, and being God means pronouncing judgment first and then forgiveness. Always, if you will, making the sales pitch. They don’t imagine him doing normal human things for normal human reasons.

The Jesus they imagine is always on, always about being God, and being God means pronouncing judgment first and then forgiveness.

But Jesus did not eat with sinners solely to call them to a changed and fruitful relationship. That would be slightly inhuman: more calculating and transactional than loving. He loved them completely and perfectly, and he proved it at the cost of his life.

He must also have liked them, because he was a man like other men. And a better man than other men. The more generous a man is, the better a man he is, the more he will find to like in other people. And the less eager he will be to condemn them.

I have felt the meme’s judgment myself. Some feel that a respectable Catholic doesn’t hang out in dive bars without an explicit religious purpose. He doesn’t go just because he likes the people, as well as the beer, the food and the games on TV. He must make clear from the first meeting that the other people at the bar must change, and that his relations with them depend on their doing so.

If outsiders to a place like our dive bar want to evangelize, they will want to begin with friendships. You will listen to a friend because he likes you and you like him. You are not so likely to listen to someone who says he loves you but doesn’t like the person you are. The people at my bar would know, should anyone like that venture into the place—if they weren’t just slumming, there to gawp at the amusing natives—that they were there to get something, to bag a soul.

The bartender said to me one night, “I’ve got a very good bull--t detector.” She would know—everyone there would know—who doesn’t want to be friends, who sees the guy on the next barstool as a target, an object, a thing. My friends there would tell such people: Don’t tell me you want to see me in heaven when you don’t much care for me on Earth. 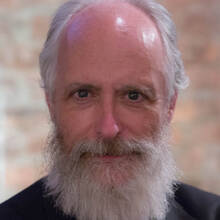 David Mills, a former executive editor of First Things, is now an editor on the editorial page of the Pittsburgh Post-Gazette.