Most young Catholics say they are spiritual or religious. That doesn’t mean you’ll find them at Mass. 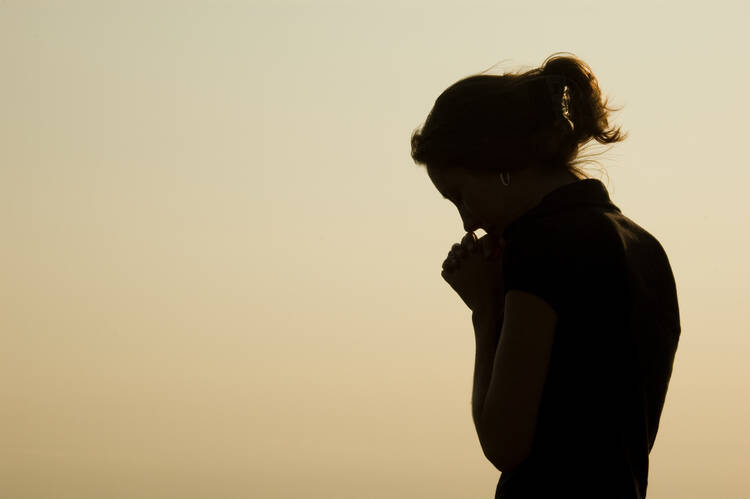 The vast majority of young, self-identified Catholics describe themselves as at least slightly spiritual and religious. But disagreement with the church on several issues, combined with an openness to other forms of spirituality, mean they practice their faith in ways that might not be familiar to older believers and that they often lack strong ties to churches and other faith communities.

Those are the findings from a new report released Feb. 23 by Springtide Research Institute, an independent research organization affiliated with the Christian Brothers that tracks the attitudes of young people about their “human and religious experiences.”

The report, “The State of Religion & Young People 2021, Catholic Edition: Navigating Uncertainty,” states that young Catholics practice their faith in a way that does not necessarily translate into church attendance, an attitude the authors dubbed “faith unbundled.”

The vast majority of young, self-identified Catholics describe themselves as at least slightly spiritual and religious—but they practice their faith in ways that might not be familiar to older believers.

“Faith Unbundled is a term that describes the way young people increasingly construct their faith by combining elements such as beliefs, identity, practices, and community from a variety of religious and nonreligious sources, rather than receiving all these things from a single, intact system or tradition,” the report says.

More than half of young Catholics, 55 percent, said that they attend a religious service at least once per month, though fewer turn to their faith during difficult times. And 52 percent of young Catholics agreed with the statement, “I do not like to be told answers about faith and religion; I’d rather discover my own answers.”

The report is based on survey and interview findings of 10,274 people between 13 and 25 years old, 1,630 of whom self-identified as Catholic.

52 percent of young Catholics agreed with the statement, “I do not like to be told answers about faith and religion; I’d rather discover my own answers.”

At the same time, researchers found that a majority of young Catholics engage in physical activity, mediation, art or music, being in nature, writing or acts of service at least once a month “as a form of religious or spiritual practice.”

Josh Packard, the executive director of Springtide, said the findings offer a sobering analysis of the disconnect between institutional religion and the spiritual outlook of young people, including Catholics.

Faith leaders trying to engage young people should refrain from exploring how to get them back into churches and other places of worship, he said, because so many have no prior exposure to those communities to begin with.

According to the report, for example, 44 percent of Catholics aged 13 to 25 say they do not belong to a religious community, and more than 40 percent say that they do not need one.

Instead, Mr. Packard said, the right question is, “How can we engage them where they are?”

44 percent of Catholics aged 13 to 25 say they do not belong to a religious community, and more than 40 percent say that they do not need one.

Though researchers are not entirely sure where those spaces are, Mr. Packard said that for Catholic leaders in particular, leaning into an “accompaniment model” might be the best bet to attract young Catholics. Since his pontificate began in 2013, Pope Francis has urged Catholics to focus on accompaniment and is currently leading a global inquiry on how the church might better live this model of faith.

“Young people are looking for trusted adult guides who are going to be in it for the long haul with them,” Mr. Packard said. “They really want to think and know that there are adults inside of the institution that have their best interests in mind.”

But he cautions that the research should not be read as an indictment on individuals who work in the institutions or to suggest they do not care enough about creating spaces that are welcoming for young people. Instead, he said: “Caring isn’t in short supply. There’s a structural mismatch between the institution and what young people need.”

Young Catholics who are more involved with religious institutions do seem to report being happier.

Young Catholics who are more involved with religious institutions do seem to report being happier.

The fallout from the Covid-19 pandemic has further distanced some young Catholics from the church—and parish efforts to connect with believers during the early days of restrictions appeared not to make much of a mark.

Just 6 percent of young Catholics said a faith leader reached out to them personally during the first year of the pandemic—compared to 18 percent of Protestants—and though half of young Catholics said they streamed a Mass, religious service or spiritual event online, they did not find them particularly fulfilling. Just 2 percent said the online services brought them joy while 6 percent said they found hope.

The pandemic also affected church attendance, with about a quarter of young Catholics saying that they stopped going to religious or spiritual services—and 20 percent stating that they were happy about this.

Just 6 percent of young Catholics said a faith leader reached out to them personally during the first year of the pandemic—compared to 18 percent of Protestants.

Beyond their experiences with faith during the pandemic, most young Catholics, 59 percent, felt the government did not do an adequate job protecting people during the pandemic and 58 percent agreed with the statement, “When the pandemic is over, I expect a lot will be different, in mostly disappointing ways.”

Few young Catholics, 16 percent, say that they completely trust organized religion and 42 percent say they do not turn to faith communities for guidance because of that lack of trust in the people or beliefs associated with religion.

Researchers also asked young Catholics if they care about a number of social issues and whether they think religious or faith communities share their concerns.

But one issue stood out.

“More than any other issue, young people in general perceive a dramatic disconnect in values over the rights of LGBTQA+ people,” the report states. “Similarly, LGBTQA+ rights and issues of income inequality admit the highest disparity between what young Catholics value and what they believe their church values.”

Two-thirds of young Catholics say they care about L.G.B.T. issues while just 51 percent say that faith communities care about those issues.

About half of young Catholics say they do not feel that they are able to be their “full self” in a faith community. “If their whole selves are not welcome,” the report says, “young people won’t show up.”