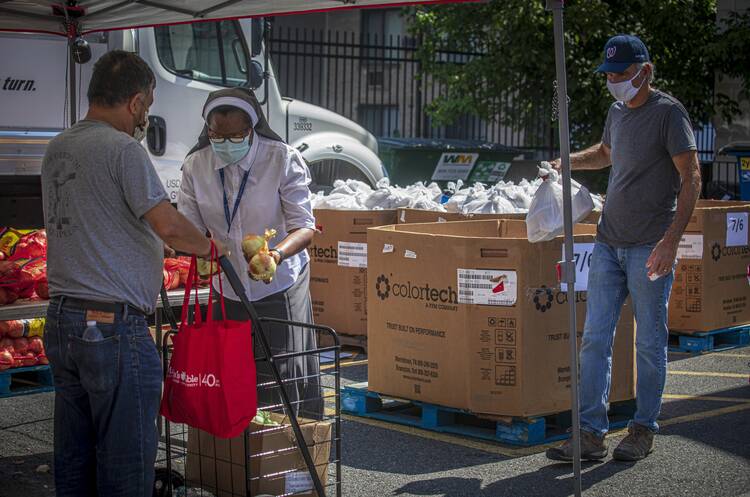 When Richard and Angela Wolohan created the Wolohan Family Foundation in 1986, they sought to use their wealth, derived in part from the sale of a successful lumber company, to support organizations and charities that appealed to their shared Catholic faith. Nearly 25 years later, both the founders had passed away and their seven children assumed control of the foundation.

Michael Wolohan, the youngest of his siblings and the foundation’s president, said his parents imbued the foundation with “a Catholic-informed perspective,” which for the Wolohan siblings meant focusing on “the corporal works of mercy: to feed the hungry, to give water to the thirsty, homes for the homeless.” Ensuring that their parents’ commitment to their Catholic faith continued through the Michigan-based foundation was key. With Michael and his siblings now north of age 65, they are preparing to hand control over to a new cohort of descendants who do not know the founders as intimately and who came of age in a radically different world.

This process can present challenges not just for the Wolohan family, but for other private Catholic family foundations throughout the country, which each year disburse tens of millions of dollars to Catholic ministries. Those ministries could face an uncertain financial future, some analysts say, as religiosity decreases among younger Americans—including, perhaps, descendants of prominent Catholic philanthropic leaders.

While there are no definitive estimates of how much foundation money makes its way to Catholic-affiliated organizations each year, it likely runs into the billions. According to the Catholic Funding Guide, an online subscription-based search tool listing foundations that include Catholic ministries and organizations in their giving portfolios, about 2,200 of these private foundations, church-based grantmakers, religious communities and international funders control assets of more than $39 trillion and annually give more than $14 billion in support.

“We know engaging the next generation is beneficial to everybody, and it strengthens our mission,” said Maria Robinson. Dr. Robinson chairs the board of the Catholic philanthropic consortium Fadica (Foundations and Donors Interested in Catholic Activities) and is herself a fourth-generation descendant of one of the nation’s prominent Catholic philanthropic families. “Part of that engagement is passing on faith and values that began with the foundation and has been incorporated in everything that we do,” she said.

John and Helena Raskob founded the Raskob Foundation for Catholic Activities in 1945. The foundation has disbursed more than $200 million to Catholic organizations since its founding. Now the Delaware-based foundation operates with a membership model: Descendants of John and Helena can be as involved as much or as little in the grantmaking process as they desire. Making sure that younger members of the family want to participate—and that they understand the intent of the founders—is a key priority for the Raskob Foundation.

And that formation starts young.

“The next generation is exposed [to] and involved with the foundation at a really early age,” Dr. Robinson said. Some parents bring their children to service events organized by the foundation or even to annual meetings. Once descendants turn 18, they are able to participate in more formal ways as well, exposing them to the church’s vast social justice ministry. That can help forge strong bonds, she said, between family members and the institutional church, even if the individual descendant is not religious.

“What younger members, and any members, see is Catholic social teaching in action,” she said, learning how it “covers health care, social services, peace and justice, and environmental issues.”

“This is inspiring to witness, and all members are able to find aspects of the work that are appealing to them,” Dr. Robinson said.

Maria Robinson: “We know engaging the next generation is beneficial to everybody, and it strengthens our mission.”

But will it be enough to move them to continue to prioritize grants to Catholic entities? Declining religiosity in the United States is affecting all religious groups, including Catholics.

A report from the Pew Research Center in 2019 found that 65 percent of U.S. adults described themselves as Christian, down 12 percentage points over a decade. The share of the U.S. population describing themselves as Catholic was 23 percent in 2009 and fell to 20 percent in 2019.

When it comes to millennials specifically, 49 percent described themselves as Christian, while 40 percent said they were religiously unaffiliated. For members of so-called Gen Z, the picture is even more complicated, though trends suggest declining membership in churches will continue. These changing demographics can present challenges.

“It can be true for all types of family foundations thinking about the values and traditions from which those donors originally set up the missions of their foundations,” said David King, who heads the Lake Institute on Faith & Giving at Indiana University. “But I think it is particularly true for family foundations with religious sensibilities in their missions, whether that be Catholic family foundations or other types of Christian or Jewish foundations.”

Mr. King said that if a family foundation finds itself in a situation where next-generation foundation leaders seem detached from the religious faith of the founders, families should resist the temptation to throw up their hands and say, “We must continue to do the same thing we’ve always done.”

“My advice would be to give a lot of space to that next generation to really ‘live into’ the values of the donors and family that set up that foundation, but to reimagine how that looks in today’s world,” he said. “Giving space for creativity and flexibility while remaining true to those initial values and religious sensibilities is important.”

Forty-nine percent of millennials described themselves as Christian, while 40 percent said they were religiously unaffiliated.

According to a report on next-generation engagement recently published by Fadica, younger generations of would-be philanthropists, like their peers more broadly, are motivated by issues and causes more than by institutional loyalty. That could spell trouble for foundations that have historically supported Catholic institutions because of faith connections. But the report suggests that early exposure to on-the-ground ministries could serve as a way to strengthen ties between younger generations and the institutional church.

“By sharing Catholic values in ways that are explicit and tangible, we can create a relevant and meaningful connection for the next generation of Catholic philanthropic leaders to a life-giving and world-opening Catholic spirituality of giving,” the report states.

The report offered 10 ideas for Catholic family foundations aimed at shaping the next generation of philanthropic efforts, including encouraging strong mentorship, engaging a critical mass of young leadership and adopting a long-term commitment to maintaining the values that were important to previous generations.

“Smart philanthropy is not something that can be learned in a one-time workshop or by reading a book,” the report states. “Like spiritual formation, it requires a thoughtful process over time that includes different kinds of intellectual learning, practical applications, and reflection on development with supportive role models and more experienced leaders.”

“Learning together with younger family members about the Church’s diverse and global ministries, and the rich Catholic social tradition—a unique resource among faith traditions—can engage young people where they are,” the report states. “The Church’s campaigns to end global poverty, hunger, and human trafficking are vital causes being addressed through Church institutions.”

While previous generations may have been content to write checks to Catholic institutions in remote places, confident their money would help the church do good work, younger generations often need to see in order to believe.

“The growth of volunteerism, immersion trips, and service opportunities demonstrate that young people are responding to the opportunity to experience values in action, the Church’s ministries, and principles of effective philanthropy,” the report says.

“Amid the fast pace of change and ubiquitous technology that define young people’s reality, hands-on experiences offer a powerful way for them to connect and learn. These experiences can also bring Catholic values to life in a meaningful way for the next generation,” it continues.

That is, family foundations should see forming the next generations not as simply another item on a to-do list, but as a potential resource for innovation and leadership.

Back in Michigan, Michael Wolohan and his family are intent on making sure the third generation is involved in the family’s philanthropy. That has meant relaying stories about the founders and inviting the next generation to assist with presentations at board meetings. But it also means empowering its younger members with the ability to connect with a culture of giving.

Keegan Wolohan, who is studying film and social entrepreneurship at the University of Notre Dame, said the foundation’s matching gift program, which incentivizes younger family members to seek out organizations that align with their values and interests, is most effective in helping instill his grandparents’ values in him and his siblings. He has supported a local food pantry and a campus organization that assists a school in Uganda.

Family foundations should see forming the next generations not as simply another item on a to-do list, but as a potential resource for innovation and leadership.

“Whether it’s the environment or racial inequality, we all have different interests,” he said. “The matching program, more than anything else, allows younger individuals to get involved with the foundation and support something that we are passionate about.”

He said that while he is still unsure about his eventual career path, he plans to stay involved with his family’s philanthropic efforts. He credits the flexibility given to the next generation to find and support causes that speak to them.

“It gives us our own chance to do the research, find organizations, figure out what’s going on with things that we care about, and use our time and money to make an impact,” Keegan added. “That feeling of helping to impact the lives of others is something that once you do it once, once you do it twice, you just kind of have to keep going.”

Correction, Oct. 15: Maria Robinson was initially misidentified in this story as Maria Raskob.