A young mother delayed chemotherapy to save her unborn child. Now Pope Francis is advancing her cause for sainthood. 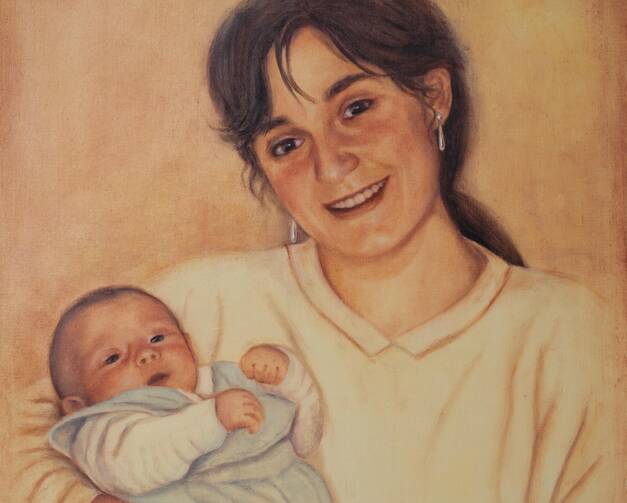 Pope Francis advanced the sainthood cause of a young mother who died of cancer after delaying chemotherapy treatment in order to save the life of her unborn child. The pope signed decrees recognizing the heroic virtue of Maria Cristina Cella Mocellin—along with two others—during a meeting on Aug. 30 with Cardinal Marcello Semeraro, prefect of the Congregation for the Causes of Saints.

Born in Italy in 1969, Mocellin had been considering life as a Salesian sister when she met her future husband, Carlo Mocellin, at the age of 16. She went on to finish high school and marry Carlo, despite the discovery of a sarcoma in her left leg. The tumor was at that time successfully treated.

Mocellin continued with the pregnancy and opted for treatment that would not jeopardize the life of her child, Riccardo, who was born in 1994.

The couple had two children together, Francesco and Lucia, when a malignancy reappeared during her third pregnancy. Mocellin continued with the pregnancy and opted for treatment that would not jeopardize the life of her child, Riccardo, who was born in 1994.

She left behind a letter for Riccardo to explain her decision: “I fought with all my power and did not give up on the idea of giving birth to you, so much so that the doctor understood everything and said no more…. Riccardo, you are a gift for us. It was that evening, in the car on the way back from the hospital, that you moved for the first time. It seemed as if you were saying, ‘Thank you mama for loving me!’ And how could we not love you? You are precious, and when I look at you and see you so beautiful, lively, friendly, I think that there is no suffering in the world that is not worth bearing for a child.”

Mocellin died of cancer at the age of 26 a few months after Riccardo’s birth.

From AP, CNS, RNS, Staff and other sources
Show Comments ()
Join the conversation: Login or create an account
Before you can comment, you need to update your profile to include your first and last name, as required in our comments policy. Then reload this page and you'll be set up for commenting. Update your profile