I lost my baby and my father. But not my trust in God. 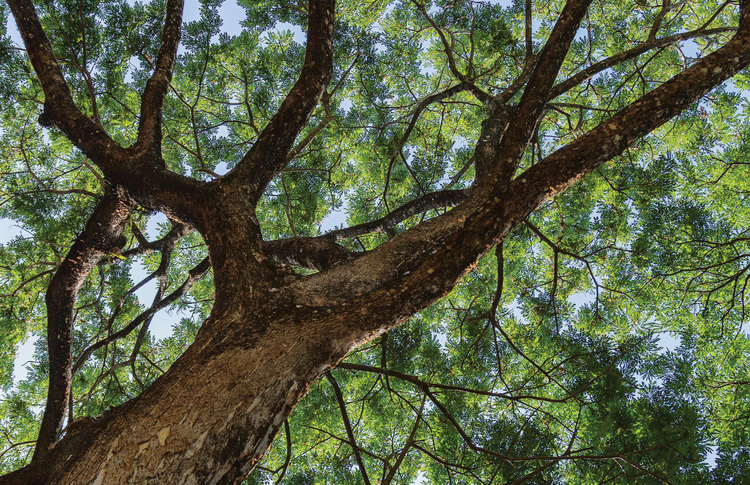 In 2010, after years of witnessing my father’s declining health, I learned just three months prior to my wedding that he had a progressive nuclear disorder called supranuclear palsy. As an only daughter, I adored my father. It was painful to watch him lose the ability to swallow, eat, breathe, walk and even talk. We were told my dad would not be able to attend my wedding, and he had only a few months to live. But my dad refused to accept that fate. Instead, he did what my parents had always taught me: Move forward; rely on our faith; trust in God. Not only did he make it to my wedding, he walked me down the aisle and, with my mom’s help, danced with me at the reception.

My dad has always been a model of faith for me, and my family and my faith are inextricably intertwined. I grew up attending Catholic school, and my father was a stickler for making sure we attended Mass every Sunday. My parents instilled in me the lesson that no matter what life threw at me, God would always be there to guide me. I did not always appreciate this advice while growing up, but as an adult it became vital to my survival.

Feels like I got hit by a truck. Literally. Jesuitical Ep. 7
Ashley McKinless

While raising young sons, I worked as an early morning television news reporter for my hometown station in San Diego. At the same time, I served as a caregiver to my dad. It was not always easy, but with the help of my mom, we were moving forward and letting our faith lead the way.

Our lives would change again in 2016 when I became pregnant. In the early weeks, the only sign of pregnancy was my St. Gerard medal, the patron saint of expectant mothers, hanging from my neck.

Not long after we learned about the pregnancy, a bad storm hit San Diego. As a reporter, I instinctively knew I would be out in the field the very next day, but I had a strange feeling in the pit of my stomach. As I got ready for work, I was oddly afraid, despite the fact that I had covered hurricanes and snowstorms before. In addition to my St. Gerard medal, that morning my mom pinned my father’s miraculous medal on me.

Seconds before I was going to report live, a tree fell on me and my photographer.

The photographer and I headed out to report on downed trees. I got through one live report and was preparing to do my next live shot, but it never happened. Seconds before I was going to report live, a tree fell on me and my photographer. I was knocked unconscious, buried under tree branches, and first responders had to dig to find me.

I vaguely remember being in the ambulance looking for my mom and telling the E.M.T.s I was pregnant. In the intensive care unit, I wore a neck brace, and my arms were tied down in an attempt to stabilize me. I had suffered a concussion, was bleeding from my head and had so many broken bones that the doctors told me they stopped counting.

The doctors told my husband I might never move my right arm again, and my neck would likely be permanently injured. Remarkable neurosurgeons and doctors pieced together my spine and injuries in a nine-hour surgery. After spending 11 days in the hospital, I was released to go home. A few days later, we learned the baby had not survived, and I had to return to the hospital.

The sense of loss was enormous. I was both grief-stricken and furious. But while watching my mom care for me and my dad over the next few months, I refused to lose faith. I prayed even harder that God would give me strength for my family. On days when all I could do was look at my children, unable to carry them or hug them because it hurt too much, I would think of my dad’s faith. I would think how he, barely able to lift his hands, was still fighting, still living.

Slowly I regained the ability to once again take care of the people who had cared for me.

I began to see improvements in my life and my ability to move. It took more than a year—one that involved journaling, prayer and tough rehab—to be able to move again. Slowly I regained the ability to once again take care of the people who had cared for me.

I was also determined that this injury would not keep me from returning to the job I loved. When I eventually went back to work, my nerves were frayed. But once again, I thought of the advice of my parents: Pray to God, trust in God, and he will help you through it.

Then in 2020, my faith was once again tested: My father, whose inner spirit and faith I channeled while recovering from my injury, was dying. How could I wrap my mind around losing the person who had been my inspiration—the man who had lived 10 years longer than predicted, long enough to meet his three grandsons, Joseph, Patrick and Christopher.

I had to dig deep in my heart and pray with all I had that God would help me get through this goodbye. As I held his hand in the hospital, I was reminded of my own time in a similar hospital room, unable to move. I thought about all we had overcome together as a family. It took a lot of prayers, meditation and soul-searching to get to the point where I could tell my father it was O.K. for him to rest; I reassured him that we would see each other again. At the end of his life, I found myself giving my father the very advice he had always given me: Move forward, have faith and trust that God will guide you. 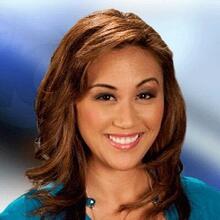 Marie Coronel is a reporter for ABC 10 News in San Diego, Calif.

@10NewsCoronel
Show Comments ()
Join the conversation: Login or create an account
Before you can comment, you need to update your profile to include your first and last name, as required in our comments policy. Then reload this page and you'll be set up for commenting. Update your profile