When I came out as a gay Catholic, Saints Augustine and Monica helped me grow closer to my mom — and God 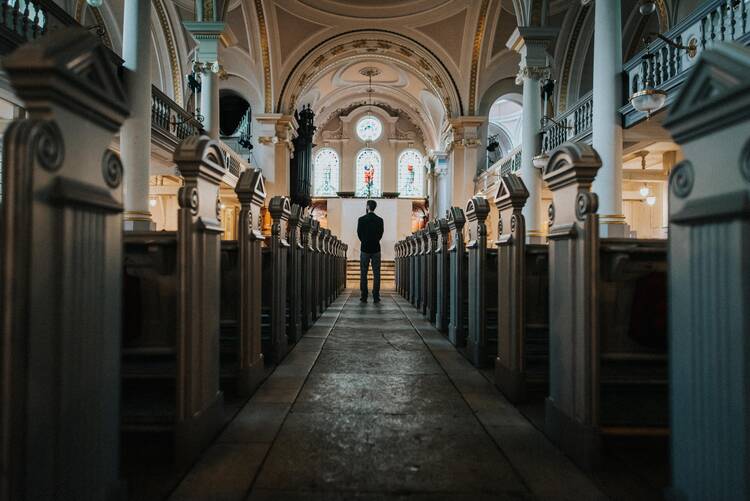 Photo by Lea Fabienne on Unsplash

I chose Augustine as my confirmation name. I felt an affinity with such an avid reader, wonder at such a prolific writer and inspiration from such an honest saint. The bishop of Hippo admitted outright that for a long time he had ignored or rejected God and that even after his conversion he remained a limited human who still could and did sin. But I chose to take Augustine’s name first and foremost because of his mother, Monica, and the relationship between these two saints.

Monica was born into a Christian family around 332, likely in Augustine’s own birthplace of Thagaste near what is today Souk Ahras in Algeria. After marrying the polytheist Patricius, she gave birth to Augustine as well as his younger brother and sister. From what Augustine tells us, Monica suffered regular verbal abuse from her husband and struggled with competing desires for Augustine’s material success in the Roman Empire and his eternal salvation. The latter won out, and Monica, persistent in her prayer to God and her loving challenge to her family to turn to God, was pivotal in the conversion of Patricius on his deathbed and that of Augustine in his 30s. Monica is the patron of married women, especially those in unhealthy or abusive marriages, and of difficult parent-child relationships.

I chose to take Augustine’s name first and foremost because of his mother, Monica, and the relationship between these two saints.

I tell friends who have not met my mom that they know a lot about her simply by knowing me. We both love to read, have a huge sweet tooth, like to cook and especially bake (see sweet tooth) and prefer a quiet evening at home to one out on the town. We’re both passionate about our faith and active in our local churches.

We are also both attracted to men.

That last shared quality didn’t come to light until my second year of college. As she drove us on a snowy country road, my mom asked me, “Why don’t you think you’ll get married?” I had said as much to her a few months prior as I began to come out to myself and come to understand I could not receive the sacrament of marriage in the Catholic Church. I started stuttering some false reason when my mom gently followed her first question with, “Is it because you’re attracted to men?” Call it mother’s intuition or caring observance of her son over two decades. Whatever the case, she knew. I told her yes, coming out for the first time to a member of my family.

My mom and I have been on a journey ever since that winter day, moving with each other toward God. I take inspiration and strength from the similar journey Monica and Augustine undertook as mother and son, and their relationship has taught us some important lessons along the way.

Listen patiently and question honestly and humbly. My confession to my mom raised a lot of questions for us both, devoted as we both were to our faith and aware and fearful as we both were of that faith’s stance on homosexuality. If my “inclination” to men was objectively disordered, was I, too? Was I any less of a Catholic or a person, any less a son of God or of my mom because I was gay? Was it O.K. to be gay but not to “act” on my sexuality, to never seek a relationship of mutual esteem and fidelity—of love? Could such a relationship ever be “procreative” and lead to greater flourishing and holiness in the world if it could not produce children?

We have dedicated ourselves to loving each other as parent and child and as children of God. I believe Monica and Augustine did the same even when they were at odds over Augustine’s sexual behavior.

My mom and I discussed these questions in extended conversations over the years that at times have become heated, sharp and hurtful. We have struggled with these questions, with the church, with God, with each other. Through it all, we have remained committed to listening to each other patiently, sharing our feelings and questions honestly, and stating our convictions humbly. Fundamentally, we have dedicated ourselves to loving each other as parent and child and as children of God. I believe Monica and Augustine did the same even when they were at odds over Augustine’s sexual behavior.

Challenge one another to convert. Monica and Augustine differ from my mom and me in some obvious ways: They lived over a millennium before us, and they are canonized saints. (Here I’d like to announce my case for my mom’s sainthood.) They also differ from us in being African, specifically Berber, and were a part of the North African church that was sometimes sidelined or dismissed by the church in Rome.

My mom and I have never experienced marginalization in the church or in society for our culture or our place of origin like Monica and Augustine did. Nor have we experienced the more recent patterns of discrimination and oppression based on our skin color or racial identity from individuals and systems, patterns that have white-washed Monica and Augustine (not to mention Mary and Jesus) in most art for centuries. We were so used to and comfortable in our white privilege that we did not seriously examine it and the structures that uphold it until George Floyd was killed last May. Our path together then took an overdue turn, placing us both in unfamiliar and disturbing territory.

Like Monica and Augustine, like every disciple of Christ, my mom and I had been and are invited and challenged to convert.

Like Monica and Augustine, like every disciple of Christ, my mom and I had been and are invited and challenged to convert. In our case, our conversion involved reading and listening to the experiences of people of color, recognizing and refusing the intoxication of apathy and using our privileges and gifts to advocate for and empower people of color in our community and across the nation and globe. We recognize that we often fall short of God and need to repent.

I often shared resources about racial justice within and outside of the church with my mom and my dad and prompted us to talk about them over meals. By no means was this a one-way education, however. My mom, who works with children, would share with me experiences of kids of color in our predominantly white town and insights from her workplace training in bias.

Take others’ concerns seriously. My mom and I do not agree on every issue in faith or politics. In our disagreement, we sometimes fail to honor and love each other as we should, just as we fail to honor and love God and our neighbors. By grace and the sincere apologies and reconciliation it allows, we continue walking and talking with each other, renewing and strengthening our commitment to each other and God. Even Augustine wrote of the tears Monica shed for his conversion and the disagreements he and he mother had. Surely there were times when they simply annoyed each other.

There is so much to explore, and I am blessed to be guided by, walk with and guide my mother as Augustine was blessed to do with Monica.

Having chosen Augustine in part for his scholarly character, I have come to recognize the dangers of taking too much pride in my degrees and remaining too long in my head. When I would send an article or mention a new word to my mom, I would (and still too often do) get impatient if she didn’t immediately understand or accept it. If she raised a question or counterpoint or spoke from her experience or reading, I would often just dismiss her as wrong. As she put it succinctly after one argument, “You don’t take me seriously.” I wonder if Monica ever said the same thing to Augustine.

My mom has taught and continues to teach me about a lot, including the experience I will never have of being a woman in a society and a church that often do not take women and their experiences seriously. She has called me out when I disregard someone for being “overly” emotional, admonished me to care more about wisdom and love than intelligence and achievement, and inspired me to believe, respect and empower my sisters in blood and in Christ.

Express gratitude for the glimpses of God we see in one another. We know about Monica only through Augustine, and you (probably) know about my mom only through me. We sons have written with love, admiration and our own biases about our mothers, yet our mothers are more than mothers, as immense an achievement as being a good mother is. Our mothers are wives, sisters, daughters, friends, confidants and pilgrims. Fundamentally, they are children of God and followers of Jesus Christ anointed with the Spirit. They are more complex and wonderful than any article or book can express, than any person other than God can truly fathom. I can try and give you a glimpse of my mom, however, and tell you of my gratitude for the times we have caught glimpses of God.

Augustine wrote of Monica after her death; I am thankful to write of my mom while she is still here, reading book after book and baking cheesecakes that the Golden Girls would gladly gossip over. Our journey together has changed us, I believe for the better, and we are still on it. We pray for each other; we talk about our anti-racist education; we swap ideas and products to be more environmentally ethical; we watch British procedurals together. (It’s not all serious.)

My mom often tells me how much she doesn’t know about other people’s experiences, about the world, about God. As I remind her of how much she does know, I also receive her lesson of remaining humble and curious before the mysteries of our existence and God our Mother. There is so much to explore, and I am blessed to be guided by, walk with and guide my mother as Augustine was blessed to do with Monica. 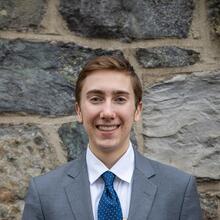 Alex Gruber is a graduate from the School of Theology and Ministry at Boston College, where he earned a master’s in theological studies. He currently works at his alma mater, St. Norbert College, as a liaison for students in quarantine and isolation.