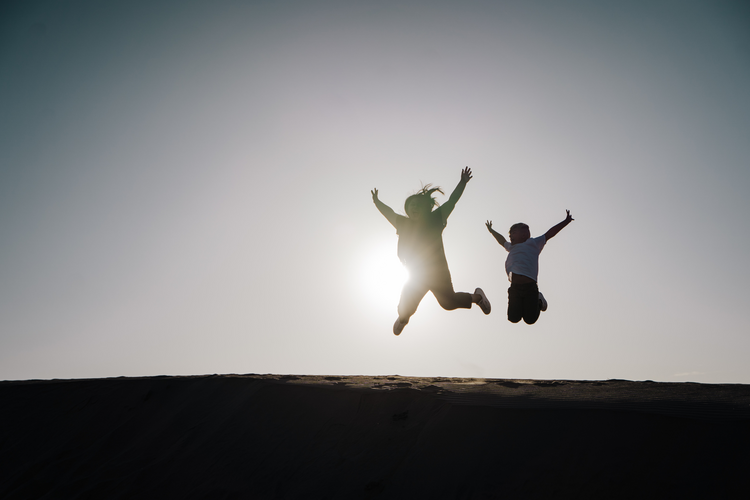 Photo by Josue Michel on Unsplash.

A Reflection for the Sixth Sunday of Easter

Addie is the wife of Anse Bundren and the mother of a daughter, Dewey Dell, and four sons: Cash, Darl, Jewel and Vardaman. When she dies in the heat of summer on the family farm in southeastern Yoknapatawpha County, Miss., her rather hapless husband and family are determined to bury Addie in her hometown of Jefferson, the county seat. This means loading the coffin, which her son Cash built while she lay dying, onto a wagon for a journey of several days, even without swollen river waters.

Everyone in William Faulkner’s novel As I Lay Dying (1930) takes a turn telling the tale. Even the dead Addie shares some thoughts on her motherhood, now past: “I knew that it had been.” Her words are desperate, not downy. Indeed, she suggests that motherhood stands beyond the power of words to convey:

So I took Anse. And when I knew that I had Cash, I knew that living was terrible, and that this was the answer to it. That was when I learned that words are no good; that words don’t ever fit even what they are trying to say at. When he was born I knew that motherhood was invented by someone who had to have a word for it because the ones that had the children didn’t care whether there was a word for it or not. I knew that fear was invented by someone that never had the fear; pride, who never had the pride. I knew that it had been, not that they had dirty noses, but that we had had to use one another by words like spiders dangling by their mouths from a beam, swinging and twisting and never touching, and that only through the blows of the switch could my blood and their blood flow as one stream. I knew that it had been, not that my aloneness had to be violated over and over each day, but that it had never been violated until Cash came. Not even by Anse in the nights.

In the advent of Cash, her firstborn son, Addie “knew that living was terrible, and that this was the answer to it.” Life was still terrible, but her newborn birthed a purpose into it. But that new direction didn’t give itself to words, which are “like spiders dangling by their mouths from a beam, swinging and twisting and never touching.”

The Gospel is a sack of words, but it has got to be more than words if it is to live, if we are to live by it.

Addie agreed to marriage and motherhood—“So I took Anse”—but all of it was more than one can give assent to. It outran words like fear and pride. It demanded everything, no longer waiting for words of consent. “I knew that it had been, not that my aloneness had to be violated over and over each day, but that it had never been violated until Cash came. Not even by Anse in the nights.”

Now come at the Gospel again. The Gospel is a sack of words, but it has got to be more than words if it is to live, if we are to live by it.

This is my commandment: love one another as I love you.
No one has greater love than this,
to lay down one’s life for one’s friends (Jn 15:12-13).

Again, St. John runs beyond all reason here. Who of us wouldn’t take a second-rate living friend over a first-rate dead one? But that luxury stands beyond us in this vale of tears, where “living is terrible.” There is only the abyss of love. We leap, or we perish. We perish either way. Even God leapt.

In this is love:
not that we have loved God, but that he loved us
and sent his Son as expiation for our sins (1 Jn 4:10).

He had a word, too. Love, he called it. But I had been used to words for a long time. I knew that that word was like the others: just a shape to fill a lack; that when the right time came, you wouldn’t need a word for that anymore than for pride or fear. Cash did not need to say it to me nor I to him, and I would say, Let Anse use it, if he wants to. So that it was Anse or love; love or Anse; it didn’t matter.

Words like motherhood, love, fear and pride have their place. It is just that life runs beyond them, rushing at us.