A new survey of young Catholics reports growing isolation, decreased religiosity and how adults can help 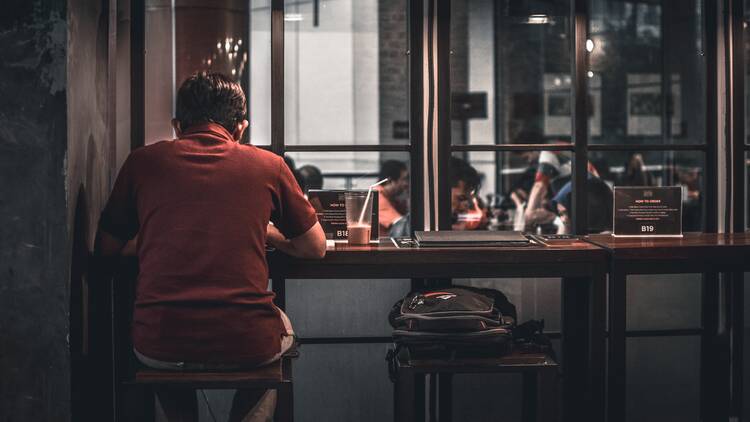 Photo by Ismail Hamzah on Unsplash

Nearly half of young Catholics in a recent survey reported “little to no trust” in the Catholic Church. Only one in three reported that they attend religious gatherings besides Mass on a regular basis.

“A lot of the time I feel like I haven’t really had a sense of belonging,” said Ben, a 20-year-old who was one of 150 young people approached for more detailed qualitative interviews by researchers. “I’ve moved around a lot and haven’t had friendships that lasted that long.”

The report, “The State of Religion & Young People,” published by Springtide Research Institute, details the relationship that those aged 13 to 25 have with their faith life. Springtide’s assessment is that young people “are finding meaning and purpose in places outside of religious institutions.”

Over 10,000 young people were polled about a variety of topics including the state of their mental health, their relationship with their parents and how they perceive their faith. The report is a combined effort tackling all faiths, but Springtide also released a special edition specifically for American Catholics. A digital version can be accessed free of charge on their website.

Brother Ernest J. Miller, the vice president of mission, diversity and inclusion at La Salle University in Philadelphia, wrote the foreword to the Catholic Edition and expanded on Springtide’s goal with the report. “To bring faith to life and life to faith, we are called to help young people see that the Christian story is also our story today,” he writes. “Progressively, God proposes a new story, a future story that invites us to step out of our past. This invitation is one of creation and participation: to bring about the reign of God in our time.”

Over 10,000 young people were polled about a variety of topics including the state of their mental health, their relationship with their parents and how they perceive their faith.

Helen, a 23-year-old, said, “I’m not connected to a particular faith, but a generalized faith. I mean, I use prayer, but I don’t know that I would connect it to anything certain.”

The report also polled the level of social isolation experienced by young Catholics during the pandemic. Roughly half of all young Catholics reported feeling “very isolated.” That means that, despite having access to social media and advanced telecommunications technology, “today’s young people are the loneliest on record of any generation.”

Sixty-five percent report having three or fewer “meaningful interactions” on a regular day. About 21 percent of young Catholics only have “one or fewer adults in their life that they can turn to if they need to talk.”

“I questioned my religion when I was pretty young, but a lot of my questions were kind of shut down by family members too,” Lauren, a 24-year-old, said. “So, I couldn’t really ask them. But as an adult, probably a few years ago, then I started asking questions again.”

The report’s authors observe three related trends: Young Catholics have a diminishing trust in organized religion and adults; they are looking outside of those institutions for spiritual connections; and there has been an overall increase in feelings of “isolation, stress or meaninglessness.”

“Young Catholics need trusted adults, now more than ever,” the report concludes. “Trusted adults need an effective approach—one that responds to these shifting realities and offers tools and practices for taking action.”