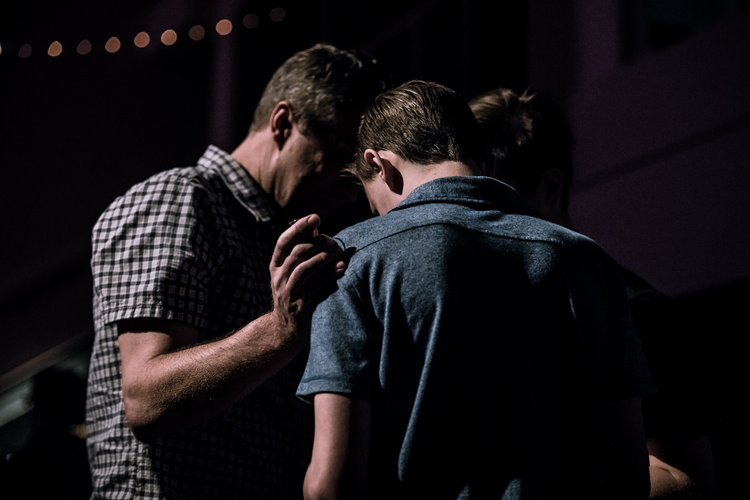 Photo by Jack Sharp on Unsplash

“Uh, Father? You forgot to give me a penance.” I was sitting in my pastor’s study, a much younger man than I am today, my cheeks tear-streaked and my shame revealed. I had not planned on confession that day. And it was not in the format I had grown to expect in the Byzantine Rite. Normally the penitent stands before an icon of Christ, with the priest to the side as a witness to the confession.

I had only asked for a meeting with Father to speak about my spiritual life. In the course of that hour, though, it became clear that what I really needed was to be unburdened of my sins. So I asked for the absolution of God and his church. We sat across from each other in the room, and I recounted my sins as the priest listened with a peace and calm—a joy, even—that revealed a confidence in God’s mercy for sinners.

But he had pronounced the absolution without giving me prayers to say or Scriptures to read or some good deed to be accomplished.

“No, I didn’t,” he replied with a smile. “I told you to enjoy the mercy and love of God. If I’d given you something more to do, either you’d do it and think you earned God’s grace or you’d fail and think you let God down. Just go! Repent and believe the good news!”

He had pronounced the absolution without giving me prayers to say or Scriptures to read or some good deed to be accomplished.

“Repent!” cries out Jesus in Matthew’s Gospel, “for the kingdom of heaven is at hand!” During Lent, preaching like this is front and center in the life of the church. To repent is literally to change one’s mind. In this sense it is to turn one’s mind toward God. And, scripturally speaking, there is no turning toward God without turning toward one another. The command to love the Lord our God is coupled with the command to love our neighbor as ourselves.

Is forgiveness out of fashion?
Elizabeth Kirkland Cahill

One of the most moving portions of Scripture, to me, is the final chapter of the Book of Genesis. This takes place at the end of the patriarch Jacob’s life. Joseph, who had long ago been sold into slavery by his brothers, had also long since forgiven them.

But now that Jacob is dead, the brothers, thinking that perhaps Joseph had only feigned forgiveness to spare his father more sorrow, are worried that Joseph will now enact his revenge. Perhaps Joseph only pretended to forgive so that he would not break his father’s heart. But now, the brothers fear, Joseph will use his power and authority to give them their just desserts. “What if Joseph still bears a grudge against us and pays us back in full for all the wrong that we did to him?” they ask.

The brothers therefore make up a lie: “Your father gave us this instruction before he died, ‘Say to Joseph: I beg you, forgive the crime of your brothers and the wrong they did in harming you.’” It is an obvious lie. If Jacob had wanted this, would he not have told Joseph directly?

Forgiveness, of course, runs all through Scripture. It is, in a way, the whole point of the story of the Bible. The revelation we find in the sacred words is the story of an all-loving God forgiving a sinful humanity and reconciling them to himself (and one another). God is, in short, in the forgiveness business.

When, in the fullness of time, Jesus came to save us, central to his ethical teachings is the forgiveness of wrongs done. St. Peter, perhaps thinking himself very charitable and gracious indeed, asked Jesus, “Lord, how often will my brothers sin against me and I forgive him? As many as seven times?” But Jesus replied to him, “not seven times, but seventy times seven times.” (Mt 18.21-22)

The author and activist Jim Forest writes that “the Greek word used in the Our Father for ‘forgive,’ aphiemi, means simply to let go, set aside or leave behind. The verb, understood in its Greek sense, reminds us that forgiveness is, like love, not a feeling, but an action involving the will rather than our emotions.” And Jesus is saying, If you want to be forgiven, you must also forgive those who have wronged you.

Though I am a Catholic priest, I have the great honor of working at an Anglican seminary. They have a beautiful custom in their rite of reconciliation, found in the Episcopal Church’s Book of Common Prayer. After the penitent has confessed her sins, the priest will ask, “Do you, then, forgive those who have sinned against you?” Only after an affirmative answer does the priest pronounce absolution.

Forgiveness is, like love, not a feeling, but an action involving the will rather than our emotions.

Understood in this way, my forgiveness of those who have wronged me is a condition for God’s forgiveness of me. And that is, perhaps, the way we experience forgiveness existentially. But theologically, I think the Bible offers us a deeper perspective.

The parable of the unforgiving servant reminds us of the proper order of reconciliation. The king who wishes to settle accounts with his servants finds that a servant owes him 10,000 talents—an impossible sum for an ordinary laborer to pay back. And the king, showing mercy, simply forgives the debt, just like that.

And then the servant finds a fellow servant who owes him 100 denarii, about four months’ wages. Not a meager sum, but by no means impossible to repay. And the wicked servant has this man thrown into debtor’s prison “until he should pay all his debt.”

We, who have been forgiven an unpayable debt are expected to forgive those who sin against us.

We all know the experience of being wronged. Some of us know it all too painfully. The betrayal of a friend. An offense right within our own families. A sibling. A parent. A spouse. Maybe slander at work, a reputation sullied, a confidence betrayed. Or maybe you do not harbor anything that big. But there is that one person, a colleague or superior who is just, day after day, hurtful or demanding or harsh or unkind. Maybe you have had the experience, as I have, of the person who, just by being the same room as you, gets your adrenaline flowing and your heart rate up. How am I to forgive such a person?

The answer is found in the compassion of God. We have been forgiven by him. We have been bought at a price. Like the servant who owed 10,000 talents, we have been freed; and that means we’re in a place to forgive others. We have been empowered to forgive because we ourselves are not stuck in a debtor’s prison. “For freedom Christ has set us free,” as St. Paul put it.

Lent is a time to bring before God those grudges that we might hold and let them go.

This Lent, as we confess, recalling our wrongdoing, we must not forget the mercy of God poured out upon us which expects—and makes possible—our mercy for others. Lent is a good time, in the silence of our hearts, to bring before God those grudges that we might hold and let them go.

And perhaps, if the grudge is significant enough, now is the time to seek out those who have wronged us, and forgive them. And we must see this effort not as some burden that is too great to bear, but as the releasing of a burden that we may already bear. Because our Lord himself, as he hung on the cross for the salvation of the world, already made such reconciliation possible. He called out, “Father, forgive them, for they do not know what they do.” 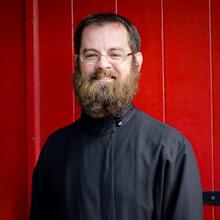 Rev. Geoffrey Mackey is a priest of the Byzantine Catholic Church and the dean of students at Trinity School for Ministry, an Anglican/Episcopal seminary in Western Pennsylvania.Rev.

@openpublish
Show Comments ()
Join the conversation: Login or create an account
Before you can comment, you need to update your profile to include your first and last name, as required in our comments policy. Then reload this page and you'll be set up for commenting. Update your profile