Pope Francis advances sainthood cause of Jerome Lejeune, founder of the first Down syndrome clinic 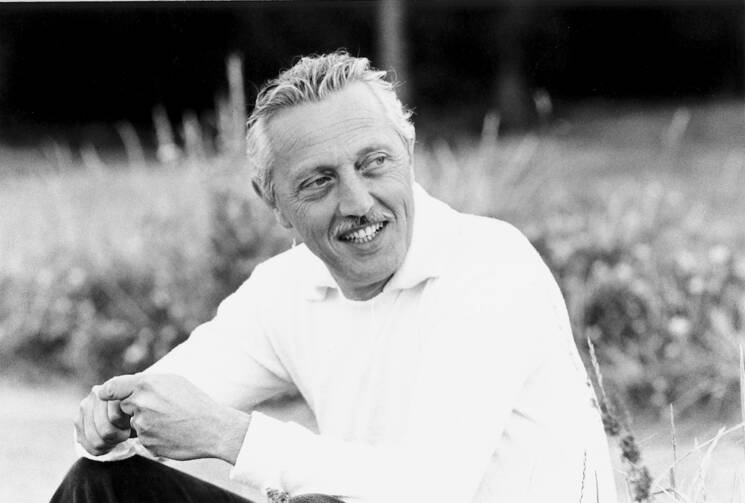 VATICAN CITY (CNS) -- Pope Francis advanced the sainthood causes of eight men and women, including the pro-life French geneticist, Jerome Lejeune, and English Sister Elizabeth Prout, founder of the Sisters of the Cross and Passion.

The pope signed the decrees Jan. 21 during a meeting with Cardinal Marcello Semeraro, prefect of the Congregation for Saints' Causes. The Vatican published the decrees the same day.

Pope Francis recognized the heroic virtues of Lejeune, the Catholic physician and researcher who was one of the three discoverers of the extra chromosome that causes Down syndrome.

Pope Francis recognized the heroic virtues of Lejeune, the Catholic physician and researcher who was one of the three discoverers of the extra chromosome that causes Down syndrome.

Born in 1926 in Montrouge, France, he established the first specialized clinic for Down syndrome patients at Necker Children's Hospital near Paris. He devoted his life to protecting unborn children with Down syndrome from so-called "therapeutic abortion," which he regarded as a grave corruption of medicine. He was a strong opponent of abortion and unrestricted experimentation on human embryos.

In 1989, he established the Jerome Lejeune Foundation to continue his work in research, advocacy and health care for those with intellectual disabilities.

In 1962, Lejeune was honored by U.S. President John F. Kennedy with the first Kennedy Prize for his research into intellectual disabilities; it would be the first of many prestigious awards. He was a member of numerous professional societies and was appointed by St. John Paul II as the first president of the Pontifical Academy for Life.

He died of lung cancer at the age of 67 in 1994. The formal recognition of a miracle attributed to his intercession will be needed for beatification.

Lejeune devoted his life to protecting unborn children with Down syndrome from so-called "therapeutic abortion,"

The pope also recognized the heroic virtues of Sister Prout, who worked with poor women and children in 19th-century Manchester, England. She set up the Sisters of the Cross and Passion, which now has more than 300 sisters working in the United Kingdom, Ireland, the United States, Botswana, Jamaica, Papua New Guinea, Australia, New Zealand, Argentina, Peru and Chile.

She left the Church of England and became a Catholic nun in her 20s after she was influenced by Blessed Dominic Barberi, an Italian Passionist priest working in England. She died in 1864 in St. Helens from tuberculosis at the age of 43.

Among the other decrees, the pope recognized the martyrdom of Father Giovanni Fornasini -- a 29-year-old Italian priest who was killed "in hatred of the faith" Oct. 13, 1944, during Nazi Germany's occupation of Italy during World War II.

He served as a parish priest near Bologna, a city of strategic military importance during the war. He aided those affected by Allied bombings, digging people out of the rubble and offering shelter to those made homeless. He provided Christian burials to Italians murdered by the Nazis and persuaded German soldiers to spare the lives of at least 30 people taken prisoner in revenge for partisan attacks against German positions.

The pope recognized the martyrdom of Father Giovanni Fornasini—a 29-year-old Italian priest who was killed "in hatred of the faith" Oct. 13, 1944, during Nazi Germany's occupation of Italy.

He was found shot in the chest a week after a massacre in nearby Marzabotto, where at least 770 Italian civilians were killed by Germany's Waffen-SS forces.

The pope also recognized the heroic virtues of:

-- Adelaide Bonolis, an Italian laywoman, born in 1909, who established summer camps for at-risk youth as well as safehouses providing education and support for women who had been sex workers or released from prison, and for those suffering from mental illness. She died in 1980.

-- Santiago Masarnau Fernandez, who was born in Madrid in 1805, was an accomplished pianist and composer and he established the lay Society of St. Vincent de Paul in Spain to serve the poor. He died in 1882.

-- Italian Father Michele Arcangelo Vinti, a famed confessor, who was born in Sicily in 1893 and died in 1943.

-- Italian Father Ruggero Caputo, known for his devotion to the Eucharist and his vocations work, was born in 1907 and died in 1980.

-- Pasquale Canzii, a 15-year-old Italian seminarian who died from tuberculosis in 1930.