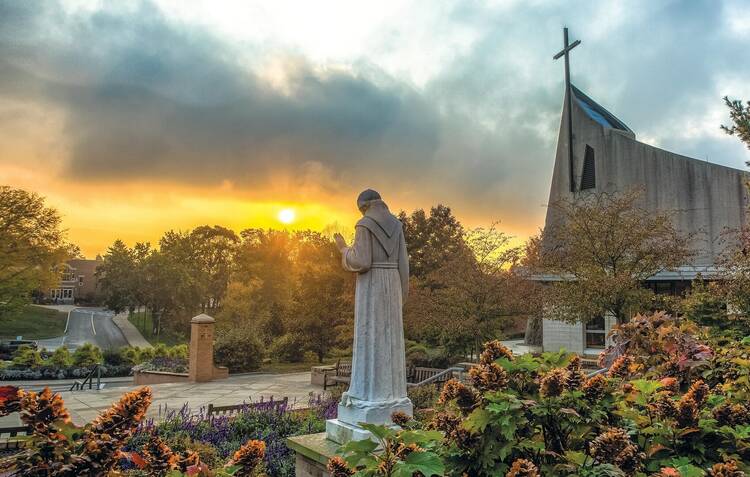 The skeletons in my closet pop up when I least expect them to. I am reminded of them when Facebook tells me that five years ago, I shared a meme from a conservative page essentially using the Boston Marathon bombers’ refugee status as a rationale for stopping all refugees from entering the country. Other links I shared include headlines beginning with “Liberals Lose Their MINDS When…” followed by examples of what today would be referred to as “Karen”-type behavior.

I am only 22, but I cannot pin exactly what led me to share these posts, full of exaggeration, hyperbole and more. I was at that know-it-all age most teenagers land in, where the best argument is a “gotcha” one. But looking back, what frustrates me the most is the intellectual dishonesty of some of these posts.

What was I thinking? Perhaps I should be asking, why wasn’t I thinking? These were complex issues, but the world around me had taught me to view these issues through binary, partisan lenses. This mindset came with me to Franciscan University of Steubenville in Ohio, where I began my studies as a freshman in 2016. I embarked on a new chapter in my life in the midst of a heated presidential election, the first in which I had the privilege of casting a vote. And while I wrote someone in for both the primary and general elections, that didn’t mean an intellectual and political transformation had occurred—at least not just yet.

What was I thinking? Perhaps I should be asking, why wasn’t I thinking?

Franciscan University is consistently ranked as one of the most conservative schools in the country. Not that it mattered to me; I chose Franciscan because I wanted to be formed into a faithful son of the church, not of any political party.

My experience taught me that Catholics play an important role in public and political life, that we are called to spread the social doctrine of the church more than the ideals of any political party and that sharing the church’s social doctrine requires us to receive a proper formation.

One of the first church documents I read at Franciscan was “Christifideles Laici,” St. John Paul II’s 1988 post-synodal exhortation on the role of the laity. It instructs the laity to “have a more exact knowledge—and this demands a more widespread and precise presentation—of the church’s social doctrine.” Reading this exhortation remains one of the biggest takeaways from my Catholic university education because it opened me up to the entirety of Catholic social teaching. I found myself being pushed to look at issues like immigration, refugees, marriage and the family from a completely Catholic, nonpartisan perspective. This was a first for me.

I took a minor unique to Franciscan—Human Life Studies—that led to further conversations about the environment and climate change, life issues and human trafficking. My professor, Benjamin Wiker, was very clear that neither party had a complete grip on these and other moral issues. The entire purpose of this program was for students to achieve a “deeper understanding of the complexities that now face those attempting to transform the culture” in order to promote the culture of life that John Paul II so often called for. If Catholics desire to impact lives, they must first understand the human condition and the Christocentric approach Catholic social teaching brings to it.

It is safe to say that somewhere along the line, I stopped seeing myself as first a Republican or a political conservative, but instead as a Catholic.

The university’s impact on my formation was not confined to the classroom. Its annual pilgrimage to the March for Life is such an essential part of university life that classes are canceled that day to allow as many students as possible to march in defense of the unborn. At the same time, university faculty began working on a project addressing suicide on Native American reservations because it, too, is a pro-life issue. Each year, hundreds of students spent their spring breaks serving at missions across the country and world, ministering to school children in Belize, male prostitutes in Chicago and the poorest of the Bronx’s poor. Part of my resident assistant training included sessions on how to authentically support students with same-sex attraction. To me, it was all a witness that a holistic Catholic approach is expansive in ministering to all God’s people, not restrictive.

It is safe to say that somewhere along the line, I stopped seeing myself as first a Republican or a political conservative, but instead as a Catholic. This does not necessarily mean I disavowed either, but I became convicted that my faith informs my politics, not the other way around. That should be reflected in my political identity. The desire by many on either side of the aisle to infuse their faith with political ideology is something I see as a major crisis in American Catholicism. As Archbishop Charles Chaput writes in Render Unto Caesar, “Party loyalty is a dead end. It’s a lethal form of laziness.”

During this entire 2020 election season, the approaching Election Day decision has been disconcerting. Having moved from Oregon to Ohio, I will now be voting in a swing state. But for whom do I cast my vote?

Voting Catholic: How have Catholics voted in past elections?
Kevin Christopher Robles

I am reminded again of “Christifideles Laici” and John Paul II’s words that “in order to achieve their task directed to the Christian animation of the temporal order...the lay faithful are never to relinquish their participation in ‘public life.’” Not only am I called to vote, but I am called to do so according to my conscience and how it has been formed over the years.

It is precisely at moments like these, in matters of morals and conscience, that I am grateful for my Catholic university education. I did not come out of Franciscan University less conservative or more liberal, or vice versa. Instead, I was pushed to consider new perspectives, to question positions I previously held, to take a Christocentric view of the world even though I might not feel at home with any major party. I was prepared to execute my civic duties with a heart I pray has been and will continue to be formed to be a faithful son of the church.

I came out of Franciscan more Catholic. Go figure.

[Read this next: I voted for Donald Trump in 2016. This is my message for his Catholic supporters today.] 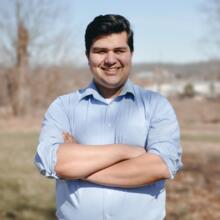 Elisha Valladares-Cormier graduated from Franciscan University of Steubenville in May 2020. He works as a communications specialist for St. Mary Parish in Vermilion, Ohio.