I was educated by abusive priests. What should I do with the gifts they gave me? 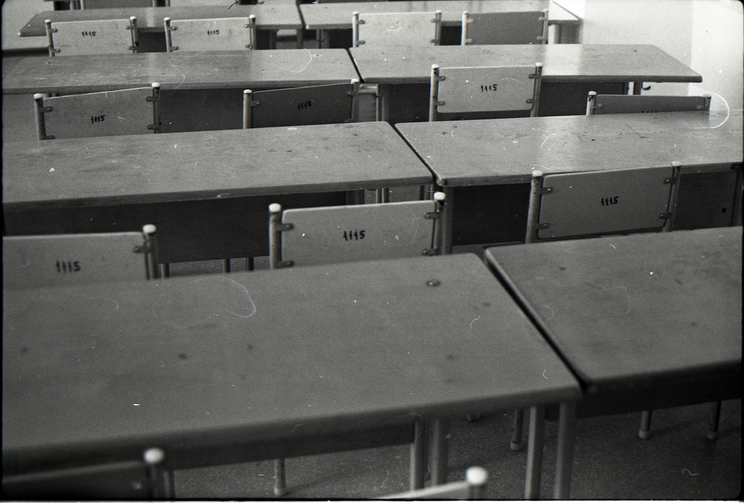 Photo by David Shoykhet on Unsplash

When I graduated in 1983 from Jesuit College Prep, an all-boys high school in Dallas, Tom Hidding, S.J., a scholastic at the time, gave me a simple clay cup and a bowl that he had made himself. The bowl shattered during a move when I was in college. The same accident broke the handle off the cup, but I still drank beer from it, then wine and, on one odd but happy occasion, warm champagne.

In 2001, my family and I bought a house with a glass-fronted kitchen cabinet and the concurrent obligation to find dishes that were worthy of display. We had no fine china or fancy stemware, but we had Tom’s cup. Sometimes I would take it down and use it, enjoying the sense of solidity, of holding a piece of my own history in my hands.

I lost touch with Tom after graduation, as I lost touch with almost everyone else from school. But although I lived far away, Dallas Jesuit had not lost touch with me. I got the alumni magazine. I got the fundraising calls from classmates and the letters seeking money for everything from the art museum to a grooved practice wall for the tennis team. Every year, I got a birthday letter from the Jesuit alumni director, Pat Koch, S.J.

Tom Hidding was good to me. My childhood home was unpredictable and violent, but I felt safe at school because of him and the school’s Jesuit priests.

Tom Hidding was good to me. My childhood home was unpredictable and violent, but I felt safe at school because of him and the school’s Jesuit priests: Pat Koch; the austere Vince Malatesta, who argued theology with me when I was working the switchboard; gruff Pete Callery, who coached wrestling and taught me freshman theology; and the wry Ben Smylie, who referred to the prosperous neighborhood around our school as the “North Dallas ghetto” because of the concentration of emotional and spiritual poverty he saw in his students and their families.

On a boring day at work in 2002, I searched on the internet for the names of classmates and former teachers. Tom’s name came up on bishopaccountability.org; he had been accused of sexually abusing a student at Jesuit High School, in Tampa, Fla., where he was assigned before coming to my school.

Certainly nothing happened to me. I knew the Jesuits at my school were human beings with human desires. They liked to eat. They got angry. A gay classmate told me that he had gone to a Dallas bathhouse when he was home from college and recognized one of the priests (nobody I have named here). The priest recognized him and ran away. It made sense to me that lonely men condemned, if that is the right word, to celibacy would seek comfort in sexual relationships that did not align with the values they taught us.

But it had never occurred to me that they would seek sexual relationships with students.

Tom had organized a folk music trio with two of my friends during our senior year. He played guitar. I went to the practices in the band building, separate from the rest of the school, and Tom invited me to join, but I declined. (I can’t sing.) Looking back with the eyes of a lawyer, I question the wisdom of allowing a teacher to have unsupervised access to students in an isolated building. But that was a long time ago, and things were different.

Looking back with the eyes of a lawyer, I question the wisdom of allowing a teacher to have unsupervised access to students in an isolated building.

I also wonder about the other gift Tom brought me. He and I were both runners. He gave me a T-shirt from Taos, N.M. I can still see it. It was grey, with colored lines going across it and “Taos” in red. It was a cut-off T-shirt—what we called a “belly shirt,” nice for running in the Dallas heat—but I was too self-conscious to ever wear it.

What a strange gift for a teacher to give a student. It seemed odd then; it seems odder now. A belly shirt? Do teachers give students gifts? Did he give other people gifts or just me? Why was Tom even in New Mexico? Had he gone for a vacation? (Did Jesuit scholastics even get vacations?) Had he gone to study or work? Or had he gone for treatment at a New Mexico monastery that treated deviant priests? I didn’t know. I still don’t. I doubt I ever will.

Tom died in 2005. I do not know how he died or where he was buried or who mourned him. I wish I did. I left his cup on display in the cabinet. Pat Koch died in 2006; the birthday letters continued but without the “Father Pat” signature with the smiling face in the loop of the “P.” The fundraising appeals also continued.

In 2017, I found myself at a conference with an Irish-Catholic woman from South Boston. Over dinner and drinks, we and others talked about growing up Catholic. Then somebody asked her about “Spotlight,” the movie about the Boston Globe reporters who broke a story on pedophile priests. She told us the story of the devastation of a community at the hands of the people responsible for protecting it. We got drunk, and we all cried.

[Podcast: The church still needs to stay on top of the sexual abuse crisis]

I left that table shaken. And I thought, “At least that did not happen to us.”

In 2018, the U.S. Central and Southern Province finally issued a list of Jesuits credibly accused of the sexual abuse of minors. Thomas J. Hidding was on the list, of course. Another priest at Dallas Jesuit I had barely known was listed. And so was Vincent Malatesta.

Shortly afterward, the Diocese of Dallas issued its own list. It included Hidding, Malatesta and the diocese’s most notorious abuser, Rudy Kos. It included two other names: Benjamin Smylie and Patrick Koch. The school’s current president, who had been the assistant principal in charge of discipline when I was a student and an occasional lunch partner at the legendary Shakey’s Pizza buffet in Dallas, wrote a letter expressing pain for the victims who suffered “and may still suffer.”

One of those still-suffering victims is my classmate Mike. We were Boy Scouts together, but I did not know him well. Last year, he sued Dallas Jesuit, alleging that he had recently recovered memories of Father Koch hypnotizing him and sexually abusing him during a one-on-one counseling session. I have not seen or spoken to Mike since graduation, but I believe him. Liars fabricate detail; Mike’s allegations are so bizarrely vague that they ring true.

When Mike revealed his abuse, he explained, “I am going to be a man for others, again, for the voices that can’t stand up for themselves, but also for the voices yet to even walk through the doors of Jesuit.” Another anonymous alum from our time period has alleged that Peter Callery sexually assaulted him after a wrestling tournament in El Paso. The allegation is part of an ongoing lawsuit. (Editor’s note: The U.S. Central and Southern Province of the Society of Jesus has said it has not received any other allegations against Father Callery.)

What does it mean to teach Catholic adolescents how to be a man for others when you live among men who view the students as potential sexual conquests?

My brother is a fellow J.C.P. alum, more cynical about the institution and the people in it than I am. We exchanged texts about the allegations. He had never liked Father Koch and thought him “creepy.” We discussed the allegations for a while. Suddenly he asked, “Was it weird that Koch showed us ‘Midnight Cowboy’ in sophomore theology?”

We decided it was. “Midnight Cowboy” was the only X-rated movie ever to win an Oscar for Best Picture. It is not a movie for 15-year-olds.

I do not know how to think about my time at Dallas Jesuit. Unlike Mike, I did not stay connected to the school or most of my classmates. We graduated before the internet and email. I live far away. I don’t donate during the fundraising drives, and I have never gone to a reunion. I do not really understand people who do. Dallas Jesuit and its people, staff and students were an intimate, essential part of my life once—for four years, ending 37 years ago.

My framed Academic Excellence Award for Latin (1981-82) hangs on the wall of my home office. I was a terrible Latin student. I framed the award because of Owen LeBlanc, the Jesuit scholastic who gave it to me and refused to tell me why.

I went to a Jesuit university. I regularly use the analytical and rhetorical tools I learned in high school. I was 30 years old before I realized that being called “Jesuitical” is not necessarily a compliment.

I loved my school while I was there. I trusted its people to keep me safe, and they did. But was I just lucky?

What was Jesuit College Prep in the early 1980s? The priests lived in community, in a residence attached to the school building. It strains credibility to think they did not know that their colleagues had sexually abused students. If they knew, what does that mean for the other values that they taught?

What does it mean to teach Catholic adolescents how to be a man for others when you live among men who view the students as potential sexual conquests? What does it mean for those of us who tried to internalize those values? What value does community have when leaders exploit vulnerable members and the others do nothing?

I loved my school while I was there. I trusted its people to keep me safe, and they did. But was I just lucky?

What was Tom Hidding? A friend, a predator or both?

I still have his cup. I wish I knew what to do with it. 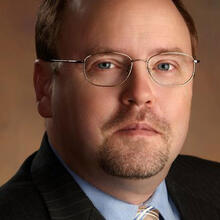 Francis X. Sullivan graduated from a Jesuit high school and a Jesuit university. He and his family live in Wisconsin, where he is a lawyer in the state government.