The Vatican releases its 2019 financial statement as scandals persist

The Vatican releases its 2019 financial statement as scandals persist 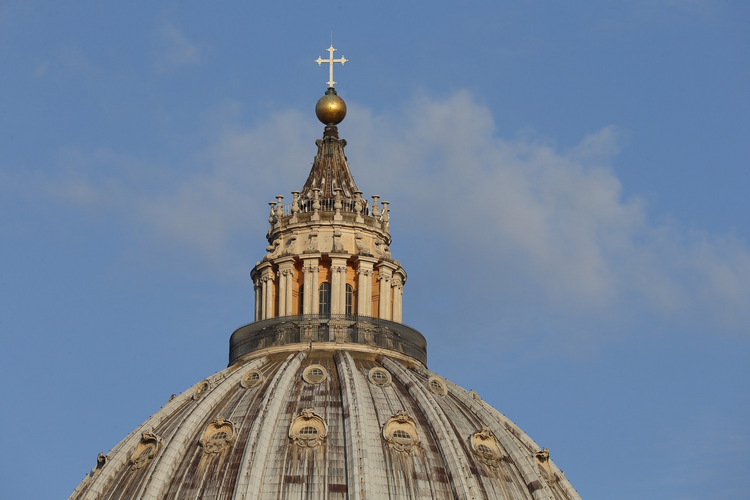 “The faithful have a right to know how we use the resources, the money we get,” Juan Antonio Guerrero, S.J., the prefect of the Vatican’s Secretariat for the Economy, told Vatican News today when he presented the consolidated financial statement of the Roman Curia for 2019.

“We are not the owners, we are custodians of the goods we have received,” said the Spanish-born Jesuit, whom Pope Francis appointed to head the secretariat in October 2019. He was given the task of completing the reform of all Vatican finances and ensuring transparency and accountability. He took up his post in January.

Father Guerrero: “It is possible that, in some cases, the Holy See has been not only badly advised but also cheated. I believe that we are learning from past mistakes or imprudence.”

Commenting on the deficit, Father Guerrero emphasized that the Roman Curia is not like a corporation or company seeking to make profit: “Our mission will always tend to produce deficits, it will never generate enough funds [for our needs].”

Father Guerrero presented the consolidated financial statement on Oct. 1 in the midst of an unfolding financial scandal linked to the Vatican’s purchase of a London property that has now extended into other areas. That scandal has now led to the removal of Cardinal Angelo Becciu from his post as prefect of the Congregation for Saints and the renunciation of his rights as a cardinal.

“It is possible that, in some cases, the Holy See has been not only badly advised but also cheated,” he said. “I believe that we are learning from past mistakes or imprudence. Now it is a matter of accelerating, at the decisive and insistent impulse of the pope, the process of knowledge, internal and external transparency, control, and collaboration between the different departments.”

Father Guerrero highlighted the fact that if one put all the aforementioned Vatican entities together, the total net patrimony of the Vatican would be around 4 billion euros ($4.7 billion), adding that if this were put into a consolidated financial statement from the Vatican there would be no deficit in 2019.

Vatican income
Today’s financial statement came on the eve of the Peter’s Pence collection that will be taken up in Catholic churches throughout the world on Sunday, Oct. 4, the feast of St. Francis of Assisi. Father Guerrero told Vatican News that Peter’s Pence is used only for the mission of the Holy See and the pope’s charitable efforts, that it amounted to 53 million euros last year and that it counted for 32 percent of the mission’s expenditure. It was not used for the payment of the Roman Curia’s expenses for upkeep and services; that came from other resources as explained below.

Today’s consolidated financial statement provides considerable detail regarding income and expenditure. It shows that the Roman Curia’s 307 million euros ($361 million) in income came from three different sources. The first source was “self-generated revenues” from real-estate management, financial revenues and commercial operations and services, which brought in a total of 208 million euros ($244 million). The second was from “external donations,” which are “dedicated donations” for specific purposes of the church’s mission and “donations from dioceses” in accordance with canon law; all these together brought in 56 million euros ($66 million).

Today’s financial statement came on the eve of the Peter’s Pence collection that will be taken up in Catholic churches throughout the world on Sunday, Oct. 4, the feast of St. Francis of Assisi.

It is worth mentioning that the dioceses that gave the largest donations in 2019 came from Germany and Italy. The third source was “contribution from related entities,” namely the Governorate of Vatican City State (mainly income from museums), the Vatican Bank, and the Fabric of St. Peter’s (an institution responsible for St. Peter's Basilica), which brought in a total of 43 million euros ($50 million).

The rest of the money is spent on what the secretariat’s statement calls “the Apostolic Mission” of the Roman Curia. In this context, 65 million euros ($76 million) were spent by the Secretariat of State, of which 43 million euros ($50 million) went to costs for the 126 nunciatures (Vatican diplomatic missions or nunciatures) in countries across the world.

Commenting on the cost for the diplomatic missions, Father Guerrero told Vatican news, “We do a lot with a little.” The other 22 million euros ($25 million) spent by the Secretariat of States were for services and administrative costs.

A significant slice of the Roman Curia’s expenditure (22 percent), 46 million euros ($54 million), went for the Dicastery of Communications in 2019. The dicastery has a staff of around 530 persons that transmit the messages of the pope and the Holy See across the globe in 40 languages, by television, radio, social media, print and photography around the clock.

Another sizable amount (11 percent) of the expenditure, 22 million euros ($25 million), is spent by the Congregation for the Evangelization of Peoples on the vitally important work of supporting and assisting the churches in mission countries throughout the world, particularly in Africa and Asia. A further 16 million euros ($19 million), 8 percent of the expenditure, went to the Eastern-rite churches, mainly in the Middle East, many of which are in great difficulty, with their numbers ever decreasing because of conflict or persecution.

Ten million euros (5 percent of the total expenditure) went to the Vatican Library, which includes money for the upkeep of perhaps the world’s greatest patrimony of ancient texts and church writings and documents dating back to the early centuries of the church.

Seven million euros ($12 million) or 3 percent of total expenditures, were spent by the Dicastery for Promoting Integral Human Development, as it sought to promote justice, peace and the care of our common home worldwide. It dealt with issues concerning disarmament, human rights, human mobility, health care and concern for the poor and suffering.

Three million euros ($3.5 million), one percent of the total expenditure, went to the Congregation for the Doctrine of the Faith, which spends around 70 percent of its time on disciplinary questions, especially relating to cases of the abuse of minors by clergy, which is an essential task at this moment in history.

Another 2 million euros ($2.3 million) supported the Dicastery for Laity, the Family and Life.