My mother was a pro-life activist. She showed me if you’re wounding people, you are doing it wrong 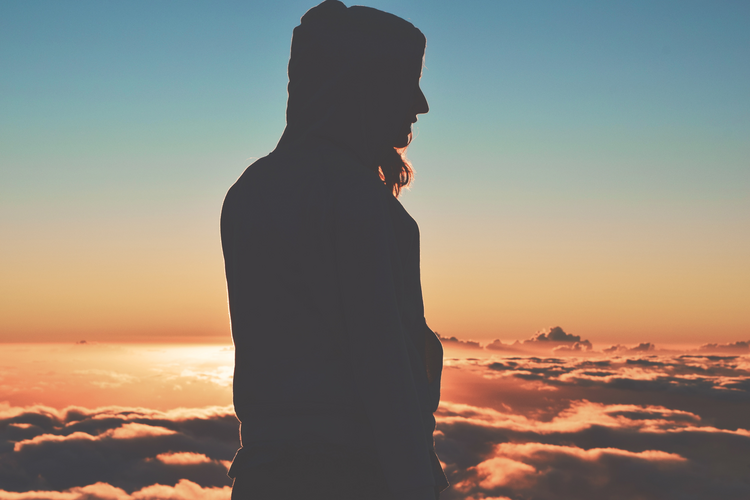 Photo by Tim Gouw on Unsplash

My mother, at her best moments, was Veronica.

When she could still write and speak, she was wonderfully articulate, even brilliant. She cannot speak now. But here I am, learning from her how to be a Catholic—not so much from what she said but from what she did and what it showed me.

My parents were pro-life activists. As adult converts, they had already spent several years among evangelicals, some more earnest than others. They had encountered true holiness and Christian simplicity; and they had also encountered people like their landlord, who preached the Gospel and then told my mother she must hang her hand-washed cloth diapers up to dry in her tiny kitchen all winter because wet clothes on the porch just looked too poor. Blessed are the classy, for their property value will not depreciate.

Eventually, they made their way into the church, and once their Howard Johnson swimming pool baptism was conditionally repeated, they waded ashore as Catholics around 1978—right in the thick of liturgical silly season. I remember a Snoopy-themed catechism, altar balloons and some of the most Caucasian dancing known to mankind. My mother, praying in her makeshift chapel in the darkened back stairs, would wrestle with the homoousion late into Saturday night and then wake up early for Sunday Mass, which turned out to have clowns. And sometimes actual heresy.

You cannot just go around wounding people who are already wounded and call it “Christian.” It is our job to heal, not to wound.

I was young and only dimly aware of what my parents faced as they tried to anchor their spiritual boat in such choppy waters. They did try. My mother wrote about some of her efforts in this short, hilarious essay, “How I Wrecked Two Parish Ministries,” that you will skip at your peril. As I remember it, she struggled to keep her own massive hunger for truth in proportion with the equally urgent mandate to treat other human beings with love. Yes, even those who sneered and raged at her for giving up everything to follow Christ. Yes, even those who said they loved him and then told lies in his name. In all her many spiritual incarnations, my mother was always a personalist, long before I knew there was a name for it.

She was, as I say, a pro-life activist, which took many different forms. She prayed peacefully outside abortion facilities. She wrote letters to the editor. Shy as she was, she manned the booth at community health fairs and showed teenagers accurate models of fetal development. I think she tried sidewalk counseling but decided it was not right for her, so instead worked with agencies that helped new mothers with clothing, housing and food. She fielded her share of profanity and abuse from abortion activists. And she irritated her conservative friends by insisting we acknowledge the chastity of Jesus, not just the purity of Mary. She knew what so many of her fellow Catholics seemed to have forgotten: That Jesus was a real man, a virgin, and that how he behaved in his actual human life meant something.

She believed that you could touch his face.

Our minivan had a bumper sticker that said, “One abortion: One dead, one wounded.” My mother especially liked this message because it was not about society or politics, but it reminded us that every single abortion represents a massive failure toward some particular woman.

One day on the highway, we passed another car, and my mother thought she saw a short vignette play out: A woman saw the bumper sticker and began to cry, and the man at the wheel tried to comfort her as he drove.

Who knows what really happened. But as soon as she got home, my mother peeled the bumper sticker off the car. The last thing she wanted was to wound someone. That was the whole point: It does not matter how right you are. What you do has to be about the human person. You cannot just go around wounding people who are already wounded and call it “Christian.” It is our job to heal, not to wound.

My mother was so socially baffled at all times. She could talk about ideas, but petty chit-chat left her stymied. As if they realized this, the needy and disabled who were too weird and smelly for everyone else were drawn to her in droves. I always imagined her in paradise, followed, like Sarah Smith in The Great Divorce, by an adoring, jabbering crowd of all the hapless, gormless outcasts she awkwardly welcomed and comforted, fed, clothed. Social pretensions she understood not at all, but a person in need or a person in pain claimed her entirely. It was always about the human person, the real human person. When no one else would touch their faces, she would.

My mother had a drawer where she kept her pro-life materials—her posters, her pamphlets, her reams of purple mimeographed facts and resources. In the back of the drawer was a box, and in the box was an envelope. This was where she kept some photos of aborted babies.

My mother, at her best moments, was Veronica. She stepped forward to wipe the face of the suffering Christ, wherever she found him.

It was an ordeal for her to bring them out. I remember seeing them for the first time, and I recall the shock and misery of fully realizing what abortion was. You could see it right there: The tiny, translucent foot, severed. The miniature hand so delicate, spilling its little portion of blood. The diabolical stew of tangled body parts in a black garbage bag. I needed to see this. Everyone needs to see this at least one time, to strip away the euphemisms and pretensions that swarm around the topic of “choice.”

And everyone needs to see something like my mother's sorrow and pain when she had to bring those photos out. She handled them with reverence and care. She never wanted to use them but sometimes felt she had to so that we know what we are talking about when we talk about abortion.

And here is what I mean when I say she is Veronica. The fearsome gore in her carefully guarded images showed me that what had happened to these children was a crime. But her holy fear surrounding those images showed me that the victims were real children, specific human beings. Not a political statement; not social problems. My mother saw real human faces. She was afraid to touch them, but she knew she must.

Her holy fear taught me the most important thing I know about the pro-life movement—and about our faith in general. If you want to serve Christ, you must serve the human person. You must see the human person. You must not forget how personal it is. If you are dealing in pretense and euphemism, you are using ropes to tie the hands of Christ. If you are wheeling around wounding people in the name of truth and justice, you are wielding the hammer and nails. Either way, you are complicit in the crucifixion.

My mother, at her best moments, was Veronica. She stepped forward to wipe the face of the suffering Christ, wherever she found him. Veronica’s was a simple gesture: A little action of comfort, not earth-shattering, but so personal. This was how my mother spent her life, over and over again. And from her awkward efforts to give another person a moment of relief, what did she come away with? The holy face of Christ.

Now she is speechless, like Veronica. But she shows that face to me still.

Simcha Fisher is a speaker, freelance writer and author of The Sinner’s Guide to Natural Family Planning. She blogs daily at simchafisher.com and weekly at The Catholic Weekly. She lives in New Hampshire with her husband and 10 kids.