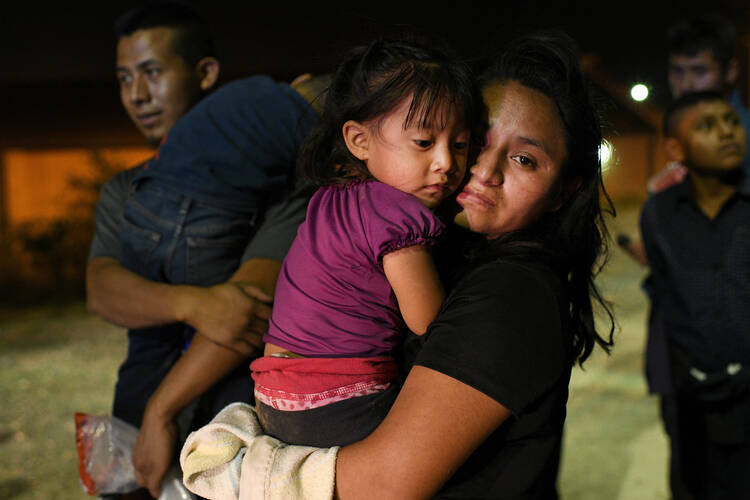 During a rare breakfast date sneaked in between doctor’s appointments and teacher conferences, my husband asked me how work is going. I cried.

I have worked as an immigration lawyer for over a decade, first with unaccompanied minors in shelters run by the Office of Refugee Resettlement, later representing survivors of human trafficking and other serious crimes, whose victimization and subsequent cooperation with law enforcement help qualify them for immigration relief. I have also advocated for victims of human rights violations who may be eligible for asylum because they fear persecution based on their race or religion (a remedy born out of tragic mistakes made in the World War II era and codified in international and U.S. law).

This is not easy work. It has never been easy hearing my clients’ stories—like Ana, who fled El Salvador after being brutally assaulted by gang members when she refused to become one’s girlfriend; or Mary, who fled Nigeria after her father and father-in-law tried to force her 8-year-old daughter to undergo genital mutilation; or Ricardo, who fled Honduras at age 11 after the man who coerced his mother into human trafficking sought vengeance for her escape by inflicting sexual and physical violence on Ricardo, his siblings and elderly grandparents.

The Trump administration is engaged in a systematic war against immigrants, and one prime target seems to be those of us who represent them.

It has never been easy navigating an immigration system that, well before the election of Donald Trump, was outdated and frequently arbitrary in its administration of justice. It has never been easy representing vulnerable people who are forever subject to the political winds of any given election cycle. It has never been easy, but I have found meaning in helping my clients avail themselves of their rights and the humanitarian benefits available to certain immigrant survivors under the laws of the United States. I have been inspired and humbled by the resilience, goodness and strength my clients possess. Even with those who suffer tremendously yet do not qualify for relief, I have found meaning in being the person with whom they share their wounds and from whom they find empathy and reputable advice about their case.

It has never been easy. But what we are experiencing now is a whole new degree of darkness. The Trump administration is engaged in a systematic war against immigrants, and one prime target seems to be those of us who represent them—the “dirty immigration lawyers,” as then-Attorney General Jeff Sessions called some of us in 2017, speaking of those “who are encouraging their otherwise unlawfully present clients to make false claims of asylum, providing them with the magic words needed to trigger the credible fear process.”

It is mind-numbing violence that frequently forms the bases for my clients’ claims for relief. The suggestion that attorneys might fabricate such unthinkable crimes is added insult to those who have already suffered way more than any woman or man ever ought to. Plus, immigration attorneys are well aware of the limits of the law. For every case I have taken, there are many more I have turned away because, as dire as a migrant’s plight might have been, it simply did not constitute a viable claim.

There is an arbitrariness and maliciousness that feels intentional, and the lack of transparency and accountability continues unabated.

More insidious than insulting words is the strategy, which seems deliberate to me, to wear down immigration lawyers. Knowing that the work we do is taxing enough, the administration applies still more pressure in the form of a total lack of transparency, an absence of reliable information about new procedures that have significant consequences for our clients, and an endless stream of policy changes that run contrary to U.S. and international law. The past two years have been like trying to stay surefooted on quicksand. I run an asylum and human trafficking clinic at a law school, and these days I have to qualify much of what I teach, underscoring the ever-shifting nature of the laws and procedures that have life-or-death consequences for our clients.

We saw several devastating changes just over the course of the summer of 2019. For example, U.S. Citizenship and Immigration Services eliminated several protections for unaccompanied minors seeking asylum. (A federal district court has temporarily halted the implementation of these changes.) At the same time, U.S.C.I.S. expanded expedited removal authority for immigration officers to fast-track deportation for immigrants who cannot immediately prove they have been in the United States for two years.

In July 2019, the government also implemented, then expanded, a program that allows border officers from Customs and Border Patrol, rather than trained U.S.C.I.S. asylum officers, to interrogate migrants to determine asylum eligibility. Then it banned anyone traveling through another country to reach the United States from applying for asylum, creating a de facto ban on most asylum seekers entering through the southern border. In the same month, the attorney general discarded a 2017 decision by the Board of Immigration Appeals and placed severe limits on a law that allows relief for those who fear persecution on account of their membership in a particular family.

I want for all desperate moms and children what I want for my own family: food and shelter, safety and hope.

From my colleagues, I have heard story after story confirming the callous arbitrariness of the administration’s assault. One lawyer arrived at a hearing only to discover the address provided was just a random gate and driveway, without any indication where the courthouse might be. Another discovered the government had refused her client’s application packet because it was delivered from a local courier rather than by U.P.S. (She had no choice as tropical storm Imelda had prevented U.P.S. from delivering the package by her client’s filing deadline.)

Recently, the administration began forcing asylum seekers to remain in Mexico, where conditions are often desperate. (The union of U.S. Asylum Officers, charged with enforcing our nation’s asylum laws, described the program as “fundamentally contrary to the moral fabric of our Nation” and a “widespread violation” of domestic and international law.) In the wake of this change, immigration attorneys and volunteers have begun crossing into Mexico to educate asylum seekers about their rights and providing assistance as they prepare for credible fear hearings. I know a group of lawyers doing this work who spend a long day working in Mexico, then head home to the United States at eight in the evening. In response, C.B.P. has begun issuing notices of hearings to migrants in the dead of the night, after the attorneys are home and in bed, in what seems a deliberate attempt to prevent migrants from having access to counsel.

Other colleagues share stories of the government separating children, even very young children, from parents and caregivers; of prolonged detention imposed on mothers with babies of vulnerable migrants—children with physical and mental impairments and pregnant mothers on the brink of delivering—forced to wait in inhumane conditions. There is an arbitrariness that feels intentional, and the lack of transparency and accountability continues unchecked. For many of us, it is hard to keep up, much less keep hope.

Although it is tempting to turn a blind eye to these atrocities and focus on my own children and family, and the comfort and security we enjoy, inaction and silence at this time in our nation’s history feels like siding with the oppressor. I think of my clients—and of my own three kids. I want for all desperate moms and children what I want for my own family: food and shelter, safety and hope. Although I weep in the midst of soccer practices, piano lessons and the chaotic joy of the life of my husband and I lead with our own children, I am constantly reminded that when those who enjoy privilege are silent, oppression will thrive.

In those moments when I do find myself in tears, I take consolation from the fact that Jesus wept, too, in the face of human suffering. And then he kept going, focused on loving the most vulnerable of his time. 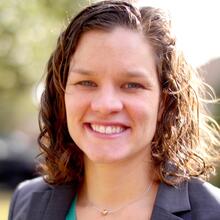 Show Comments ()
Join the conversation: Login or create an account
Before you can comment, you need to update your profile to include your first and last name, as required in our comments policy. Then reload this page and you'll be set up for commenting. Update your profile
Show Comments (
1
)
Comments are automatically closed two weeks after an article's initial publication. See our comments policy for more.
JR Cosgrove
2 years 6 months ago

Is the headline true.? About 3 million immigrants have entered the country legally since Trump became president. The author seems to be referring to those who are not trying to immigrate here legally.