A practical guide to discernment (Hint: just be yourself) 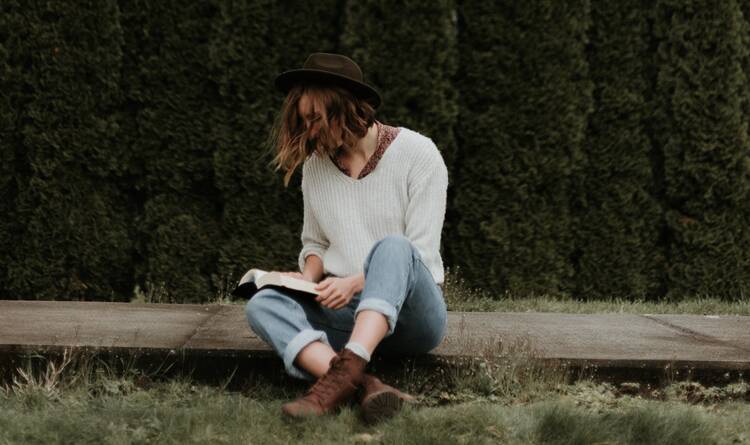 Father George Elliott is a priest of the Diocese of Tyler, Tex., and president of a Catholic multimedia ministry called CAST. He is author of the recent book “Discernment Do’s and Don’ts: A Practical Guide to Vocational Discernment.” American Catholics celebrate National Vocation Awareness Week on Nov. 3-9 this year. On July 31, the Feast of St. Ignatius of Loyola, I interviewed Father Elliott by telephone about discernment. The following transcript of our conversation has been edited for style and length.

How do you understand discernment?

Discernment is fundamentally about understanding the will of God for a particular person in a particular time and situation.

What are some of the “discernment do’s” you write about?

First, just being yourself. Oftentimes people trying to discern a vocation will pretend to be someone else, whether [while] dating someone or attending a discernment retreat. It’s God’s call for you, so be yourself.

Second, focus on your desire for holiness. If you’re not going for that end goal, the path by which you go will usually not be sound. Third, develop a life of prayer for its own sake, not just to get answers. Sometimes people pray to know the answer to discernment without developing a relationship with God for its own sake.

What are some of the “discernment don’ts” you write about?

Don’t choose a vocation to make someone else happy. Sometimes young people are more concerned about what parents, friends or relatives think. Doing the will of God is what makes a person happy, not doing what others want.

Also, don’t think God has to answer your prayers and tell you your vocation within the time limit you set. God works on his own time and his timing is wiser than ours. Discernment unfolds at God’s pace.

Doing the will of God is what makes a person happy, not doing what others want.

There are many Catholic works on discernment out there, but the subtitle of your recent book promises a “practical guide.” What’s practical about your approach to discernment?

Specifically that I offer actionable items. I often find good guides on the theory or theology of discernment; however, the real actionable items understandable to a young person discerning a vocation are few and far between.

What kinds of actionable items do you offer?

Concrete examples of how to strive for holiness, how to practice prayer in your life, how to get to know role models in different religious and married vocations, and concrete things we can look to as signs to take the next step.

Can you give an example?

What’s one story that illustrates for you a good discernment?

I had a friend discerning religious life but taking a long time to do it, and she was close to a particular religious order that everyone knew made sense for her. She knew them, she worked for them, but she just refused to move forward with the discernment. In sitting with her and challenging her, she revealed to me that the only reason she didn’t want to be a sister with them was that “the habits are ugly.” So she entered, realized she wasn’t really called to it, and then left and got married shortly after. Talking through her reasons helped move things along.

What’s one story that illustrates for you a bad discernment?

I have another friend in his 50s who has gone on every discernment you can imagine, gone on one or two dates with all sorts of different girls and is living a perpetual bachelor life. He’s developed a prayer life and everything else; he’s just paralyzed from acting by his fear of commitment.

What helps overcome procrastination in discernment?

In the book, I talk about tools to use to achieve “sufficient certainty” for taking the next step. Many young people want to be absolutely certain before committing to something, even something as simple as a date or entering a seminary, because they think the first step means forever. But the first step is just the first step in the testing period; it’s not a commitment to anything beyond that.

Who are your role models, either living or dead, for discernment?

Certainly, St. Ignatius of Loyola is one. I studied patristics and I also like a lot of the advice given by the Desert Fathers. Then there’s St. John Cassian, St. Jerome and St. Augustine.

How do you pray in your own life when you want to discern a big or small choice?

The first thing I do is search for peace in understanding what’s going on. I talk in the book about aligning one’s heart with the will of God—something that comes from Ignatius—and continually asking for the desire to love more as he recommends. If there’s peace there about a given decision, it’s a good sign. If not, some more questions need to be asked. I want to purify my motives.

People often look to Jesuits for discernment help, and the Jesuit bishop Álvaro Corrada del Río led your diocese from 2000 to 2011 before being transferred to Puerto Rico. What did you learn about discernment from Bishop Corrada del Río?

He accepted me as a seminarian, so I have great affection for him. One thing I learned from him is that God is completely free…. Therefore, we need to allow God to be free and follow his desires for us wherever they go. We can’t put God in a box.

Another lesson he taught me is that the process of discernment is never wasted time. If we spend seven years in the seminary and discern out of it at the end, that’s perfectly fine: Now the church has a well-formed man even if he’s not a priest.

If we spend seven years in the seminary and discern out of it at the end, that’s perfectly fine: Now the church has a well-formed man even if he’s not a priest.

What have you learned about discernment from your own life and ministry?

One is that God will sometimes lead us down certain paths, not just to get us into a certain vocation but to learn something about ourselves or about a particular charism he has in store for us. Another is that, in my ministry, I’ve realized a lot of people think discernment is more complicated than it is. It’s not something to be afraid of. Thirdly, we cannot discern well if we walk into the conversation with a priori ideas or dispositions about what we want for a person’s life.

The idea of this book is to answer this question of young people: “I’m interested in discerning my vocation. Where do I start?” It’s step one in that process. As a pastor, I have dozens of kids asking me this question each year, so I wrote this book to answer it in one place.

Sounds like discernment can mean anything. I have asked what this term meant a couple time before. It just sounds like making the right decision but we make hundreds of decisions each day. Which ones require discernment? This discussion did not help.

We have published a number of articles and interviews on discernment; I’m sorry you haven’t found any of them helpful. Hope you make some progress with that. Thanks for reading — prayers.

There is an audio course on Ignatian spirituality that I purchased given by a Jesuit from India. On the lecture on discernment, I was unable to get anything meaningful out of it either. I will listen to it again tomorrow and report my experiences on this second listening.

I have listened to the lecture on discernment by a Jesuit and am really no farther along to understanding the concept as meaningful for one's life. It sounds like a process that would only work for those constantly praying for understanding and not for an average person if it actually works at all. It sounds like whatever happens/decided is what was discerned so it is self fulfilling. For example, in the article of the woman rejecting the convent and then getting married. If I am wrong then there is a problem with this concept in the presentation of it.

Perhaps the fact that you're continually unable to understand the concept and not find any meaning in it again and again as you encounter it says more about you than the people writing about it. Shocker. I can see, though, how you would deeply struggle with both "allow God to be free" and "continually asking for the desire to love more as he recommends." A focus on love seems anathema to you.

Thank you for such a loving and Christian statement. Why don't you try to define "discernment" and provide examples since it seems so obvious to you?

Discernment is a delicate process… almost as if it isn’t there. Quietly and patiently opening ourselves to the will of God with faithful intention and an open heart and mind, and noticing what may or may not come, checking it, following it, and letting go into God’s presence and grace within it. That can be a prayer of discernment. I like Fr. Elliott’s views that discernment is dependent upon a relationship with God, and that God is completely free. One prayer that is a blending of personal relationship with Jesus, and being open in that relationship within discernment, is Companioned Prayer. You can check it out at www.CompanionedPrayer.org. Get a friend and try it out; it may be what you are looking for.