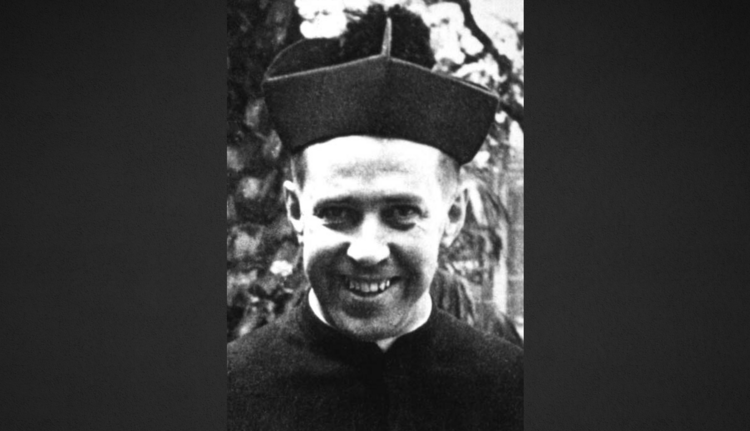 Some people live with such a great intensity that, after they die, their memory leaves an indelible mark on the pulse of their nation. Such is the case with one of the most recent saints to come out of the Society of Jesus, St. Alberto Hurtado, S.J. (1901–52), whose feast the Catholic Church celebrates on Aug. 18. Father Hurtado’s story is one with the story of his native Chile. It is not as well known in the United States, which is especially lamentable because his life could serve as a prophetic witness to our country today.

Padre Hurtado, as he is known in his land, was born in Viña del Mar, Chile, just after the turn of the century. An alumnus of the Colegio San Ignacio in Santiago, he joined the Jesuits in 1923 and became a priest in 1933. Three particular features of his apostolic life are worthy of attention and, ultimately, defined his path toward sanctity: his vivacious attentiveness to the material needs of the poor, his fervent commitment to justice for workers and his passionate prayer life.

Father Hurtado had a pickup truck, and with it he would journey out at night in search of people in need. He went down to riverbeds, ducked under bridges and traveled the streets of the metropolis. The plight of countless homeless children moved him. He would clothe them, give them food and set them up with a place to stay. These uncoordinated and spontaneous efforts, however, did not satisfy the priest. Father Hurtado was a deep thinker, and he knew that systemic problems need systemic solutions.

Father Hurtado mourned the fact that communists were seen as better positioned to help workers than Catholics were.

To address the immediate needs of so many women, men and children without a roof, he founded the Hogar de Cristo, or Home of Christ, in 1944. It grew into a network of dozens of shelters for the homeless throughout Chile. Mostly laywomen ran—and still run—these homes, but their founder never stayed away for too long. Even after his direct connection to this apostolate had waned because of other assignments, people report that Father Hurtado would wander off into the night, the occasional sound of his rumbling truck and the coughs of new guests announcing his presence at the Hogar de Cristo.

In the U.S. church, we often make a distinction between charity and justice. Charity refers to the corporal works of mercy that address the immediate needs of the suffering, whereas justice refers to work that changes structures of oppression or inequality. Father Hurtado practiced both.

In 1947, with Catholic college students and labor leaders, he launched the Acción Sindical y Económica Chilena (Asich), a Catholic workers’ union. Father Hurtado was steeped in Catholic social teaching. He knew well the papal encyclicals that called for the just treatment of workers, and he felt that the church had lost credibility because, in practice, it often took the side of exploitive capitalists or simply remained indifferent to injustices in the workplace. Father Hurtado mourned the fact that communists were seen as better positioned to help workers than Catholics were. The church could not lose more ground, he argued. It had to present an alternative to socialist labor unions. Asich was this necessary, albeit tardy, response. It was one of the Jesuit’s crowning achievements in the country, an organization that was eventually endorsed by Pope Pius XII.

An intimate spiritual life was the source and summit of Father Hurtado’s service and activism. A serious sense of Christ’s oneness with the poor energized his projects. In support of the Hogar de Cristo, he would say: “Christ doesn’t have a home! Don’t we want to give him one?” Father Hurtado saw Christ in the poor, and, at the same time, he yearned for Christ to return explicitly to the everyday experience of the thousands of poor Chileans who had abandoned their faith because of the scandal of the church’s apathy to their suffering.

When one combs through the spiritual writings of Father Hurtado, one phrase appears like a mantra: ser otro Cristo, “to be another Christ.” Christ is present in the poor, but Christ is also present in the one who stands in solidarity with the poor. Pope Benedict XVI said of Father Hurtado: “The objective of his life was to be another Christ. He experienced the pain of others as his own, and this propelled him toward a greater dedication to the poor.” To contemporary ears, Father Hurtado’s expression may seem arrogant or unattainable. For him, however, the goal of being another Christ was simply a doctrine of the faith. Christ became human so that we could become divine. Divinity, however, looks nothing like worldly greatness. It is being like the poor and suffering Jesus. It means sacrificial love, expressed both in charity and justice.

The Catholic community in the United States needs an Albert Hurtado, many Father Hurtados.

For Father Hurtado, the culmination of this sacrificial love was the Mass. People’s memories of the saint often revolve around the way that he would celebrate it. They saw the intensity of his prayer, his manifest emotion on the altar. Marta Holley, a laywoman who wrote diary entries about Father Hurtado, records: “The Father’s Mass profoundly penetrated the mystery of God. It so happened that I was once at one of Hurtado’s Masses with a non-believer, who, with tears in his eyes, told me, ‘O how I want to believe!’”

The priest’s writings reveal why the Mass was such a passionate moment in his daily life. In a reflection titled “My Life Is an Extended Mass,” he claims that, in addition to offering Jesus’ body as a sacrifice to God the Father at the eucharistic table, we also enjoin “our personal immolations, offering our work and difficulties...participating personally in the victimhood of Jesus Christ.” The people whose burdens Father Hurtado carried, the dreams for justice he longed to achieve, the pains of the illness by which he died an early death—all of these experiences found expression when he raised the host and chalice over the altar.

The Catholic community in the United States needs an Albert Hurtado, many Father Hurtados. Like Pope John Paul II, we wonder, “Can the Spirit raise up apostles of the stature of Father Hurtado in these our days as well, men who show the vitality of the church by their self-sacrificing witness?” We need disciples of Christ who serve and accompany the poor, both personally and structurally. We need a renewed sense of the Mass as something meaningful, as an offering to God for the sake of the sufferings of the poor we carry inside us. We need to be another Christ. 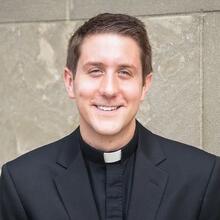 David J.W. Inczauskis, S.J., is a visiting faculty member in the Department of Classics and Modern Languages at Xavier University in Cincinnati, Ohio, and the author of the book La Fragua: Central America’s Jesuit Theater.

What an inspirational story! We do need more people like Father Hurtado, both lay and religious, to inspire the young and those just "going along" to find something that needs doing, and do it!