Daniel Callahan, a pioneer in bioethics, dies at 88 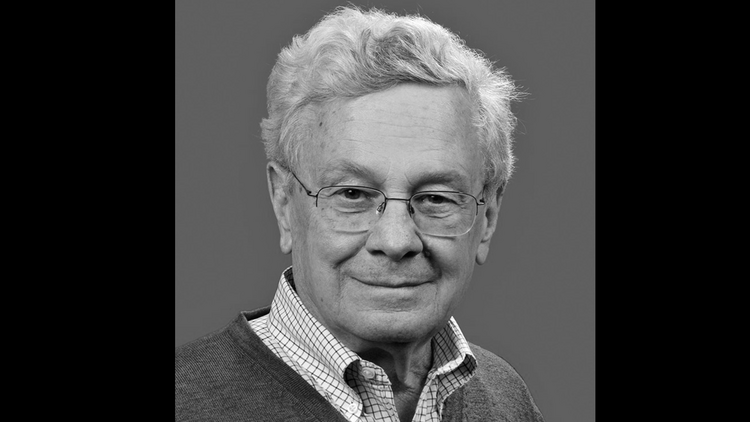 Kevin Clarke, America’s senior editor, e-mailed me yesterday afternoon with the news that a very special friend had died. Dan Callahan was world-renowned as a pioneer in the field of bioethics. Even before the term had been coined, he was an independent scholar turning over new ground at the frontier where ethics meets medicine, law and religion.

Dan’s thinking was always fresh and his prose clear and penetrating. His writing had a lapidary quality that drew me back more than once to study it as a model of effective communication. Only Albert Camus, I thought, did it better.

Callahan was an independent scholar working at the frontier where ethics meets medicine, law and religion.

Like Socrates, the father of Western philosophy, Dan never ceased questioning. When I was a seminarian and later a graduate student, he, his wife Sidney and I talked through many a night, with Dan pressing one question after another until we retired at dawn. I’d like to imagine Dan in eternity, like Socrates, finding joy in unceasing conversation with the great thinkers and moral leaders of history.

My first one-on-one conversation with Dan occurred when, as a newly ordained young Jesuit in my fourth year of theological studies, I sought his advice about graduate studies. Inspired by the work of John Fletcher, an Episcopal priest and bioethicist in residence at the National Institutes of Health, I had decided to study ethics. I was impressed by the freshness of the ethical questions Fletcher posed from his experience as a genetic counselor. Somewhat to my surprise, Dan recommended without hesitation that I study theological ethics.

It was easy to understand how Dan’s questioning mind would not be put to rest by dogmatic pronouncements from Rome.

Dan told me that the pastoral experience of theological ethicists and moral theologians put them in better touch with the real problems of people than with the academic abstractions of philosophers. He cited the work of Richard McCormick, S.J., Paul Ramsey and James Gustafson, who were among those collaborating with the Hastings Center in its early years. It did not hurt, as well, that many of the principles bioethicists employed in those early days were derived from Catholic moral theology.

Dan’s relations with Catholicism, however, were strained. As a young man, he was executive editor of Commonweal. In the days after the Second Vatican Council, after publishing books like The Mind of a Catholic Laymen and Honesty in the Church,he was regarded as “perhaps the most influential Catholic layman of the 1960s.” But by the end of the decade he had openly left the church.

But Dan was ineluctably a Catholic intellectual. His way of approaching philosophy, the kinds of questions he asked were imbued with a Catholic imagination.

It was easy to understand how Dan’s questioning mind would not be put to rest by dogmatic pronouncements from Rome, which, despite the new openness after the council, were still second nature for the church of the ’60s. In his recent memoir, In Search of the Good, Dan also hinted at a waning of religious experience as he reached early middle age.

Finally, a strain of Irish stoicism ran deep in Dan, an innate belief that things had to be hard to be true. That rigorism would have resisted what he might have regarded as the too easy consolations of religion. Providentially, he had Sidney alongside him, making the case for faith and the church. Leading a life of prayer, service and study, she witnessed unfailingly to the hope within the community of faith. Dan’s love for Sid included, I like to think, a lingering attachment to the faith they had once shared.

In 2001, America bestowed on Dan and Sidney Callahan the Matteo Ricci Award in tribute to their “creative partnership in ideas and in values.”

All the same, Dan was ineluctably a Catholic intellectual. His way of approaching philosophy, the kinds of questions he asked were imbued with a Catholic imagination. At Harvard he had been an assistant to Christopher Dawson, the Catholic cultural historian, who argued that Catholicism played a central role in the rise of European civilization. Never satisfied with merely technical answers to moral questions, Dan’s ethics turned on his probing of the cultural sources of our modern medical and health care predicaments.

Books like The Tyranny of Survival and Setting Limits examined the technological culture at the root of medical-moral problems. The disorders of modern medicine, Dan believed, were due to a combination of technicism and consumerism, a case both Pope Francis and Pope Emeritus Benedict have also made.

Another feature of Dan’s Catholic imagination was his concern for the inner life. He was particularly alert to the dangers of undisciplined desire in a society that puts a premium on satisfaction of individual preferences. Consequently, the theme of several of his books was the imposition of limits on the distribution of medical and other resources in the interest of intergenerational justice.

A turn to community was yet another Catholic theme emerging in the thought of Callahan and his colleagues at the Hastings Center. When the Hastings Center was founded in 1969, autonomy was the cardinal virtue of the American intelligentsia. So in its first years the center’s fellows celebrated individual autonomy as the cornerstone of bioethics. But in keeping with the Socratic ethos Dan brought to the center, at its 25th anniversary they made a course correction and began to bring community and relationships to the fore in their reflections.

Caring for the Elderly: From January 30, 2006
Daniel Callahan

Caring, Not Curing At All Costs: A modest proposal for controlling health care costs
Daniel Callahan

In 2011, America bestowed on Dan and Sidney Callahan the Matteo Ricci Award in tribute to their “creative partnership in ideas and in values.” The editors observed, “Through their writing, research and lectures they have taught both church and society how to think deeply about public problems, to explore our humanity and cultivate its deepest gifts in a potentially disorienting time of technological change.”

The testimonial concluded, “They have gathered round them in conversation circles of scholars and friends who with them cultivate the high form of friendship in which ideas and values are exchanged for the sake of the common good.” I count myself blessed to have belonged to that happy circle of Daniel Callahan’s friends.

Correction, July 19: Due to an error introduced in editing, the date Daniel Callahan received the Matteo Ricci Award was incorrectly listed as 2001. The correct year is 2011.

I'm sorry to read this. Dan Callahan was encouraging to me, too, as I was looking at continuing my education in law.