Syriac Catholic bishops optimistic amid dispersion of their faithful

Syriac Catholic bishops optimistic amid dispersion of their faithful 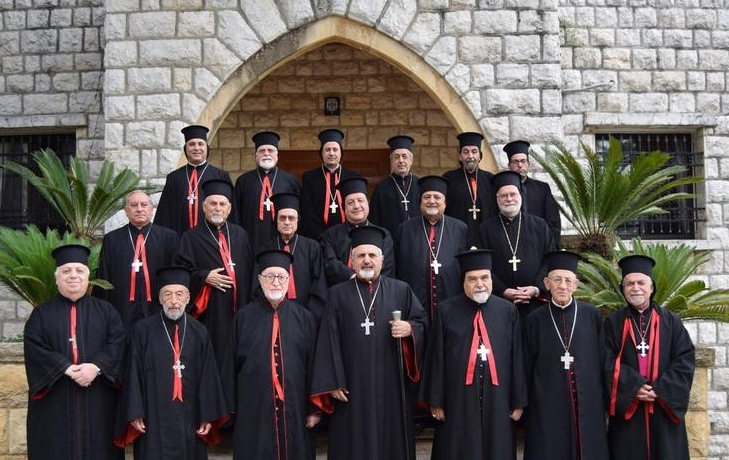 BEIRUT (CNS) -- Faced with the migration of Christians from Syria and Iraq, Syriac Catholic bishops meeting in Lebanon for their annual synod called upon church members "scattered everywhere in the East and West" to cling to their faith with hope so they "can be witnesses to the joy of the Gospel wherever they are."

In a statement at the conclusion of the June 17-22 gathering led by Syriac Catholic Patriarch Ignace Joseph III Younan, the bishops acknowledged the suffering of the faithful in the face of "endless wars, persecutions, acts of violence, terrorism, displacement, murder and destruction, and the uprooting of a large number of nationals from the land of fathers and grandparents -- Syria and Iraq -- and their dispersion throughout the world."

Yet the bishops stressed that they also are optimistic, "thanking God for the return of many displaced people to their villages" in Iraq and Syria.

The prelates noted that Christians "are an authentic component and founder in these two countries." They called for solidarity among all citizens to build peace, hope and unity.

Synod participants came from dioceses and patriarchal and apostolic offices in Lebanon, Syria, Iraq, Israel, Jordan, Egypt, the United States, Venezuela and Australia. They were joined by the patriarchal vicar in Rome.

In studying pastoral service in the countries where Syriac Catholics relocated -- primarily Europe, the Americas and Australia -- the bishops acknowledged the plight of migration "to the country of alienation and painful assimilation" and the importance of sending "priests of good quality." They pointed to visits from the patriarch and bishops to Syriac Catholics worldwide in which the faithful were called "to preserve the deposit of faith and trust for their churches, the Syriac heritage and native lands."

The bishops reiterated their demand to stop wars and "resolve disputes through dialogue and peaceful means, and to achieve a just, comprehensive and lasting peace." They called for the return of all displaced persons, refugees and abductees to their homelands.

The synod also stressed "the right of the Palestinians to return to their homes and establish their state on their land," emphasizing that Jerusalem "is a holy city for the followers" Christianity, Judaism and Islam.

They called on Lebanon's president, prime minister "and all concerned" to find an immediate solution to the country's economic recession and crisis in the housing sector that pushes Lebanese youth, in particular, to emigrate.

In their statement, the prelates welcomed efforts made "to obtain the official recognition of our Syriac Church in Jordan."