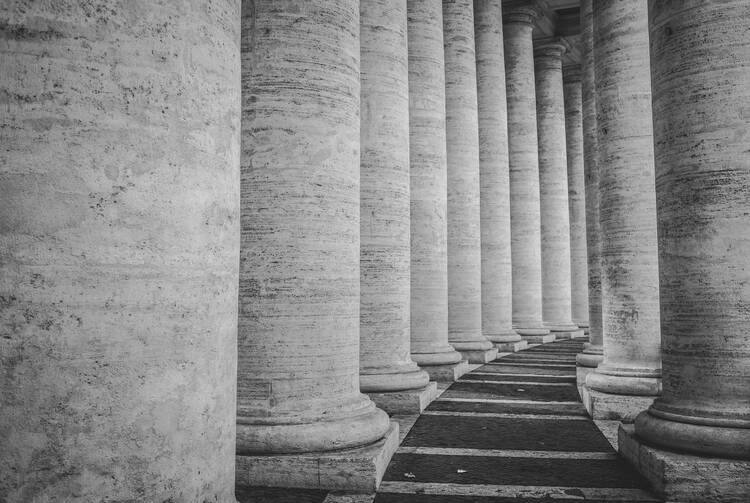 Photo by Mauricio Artieda on Unsplash

VATICAN CITY (CNS) -- The Vatican City State court sentenced an Italian contractor, who had done work for several Vatican offices, to 2 1/2 years in jail for using a Vatican bank account for money laundering.

The conviction and sentencing of Angelo Proietti, 63, was handed down Dec. 17 and announced by the Vatican press office Dec. 27; his lawyer told the Wall Street Journal he would appeal.

The Vatican court also ordered the confiscation of the more than 1 million euros ($1.14 million) Proietti had in his account at the Institute for the Works of Religion, the formal name of the Vatican bank. The court had frozen the account in 2014 as both Italian and Vatican law enforcement were investigating his actions.

The conviction is the first concluded under Vatican City State laws enacted by now-retired Pope Benedict XVI in 2010 to prevent money laundering and the financing of terrorism through accounts at the Vatican bank.

Italian authorities put Proietti under house arrest in 2016 as they investigated the bankruptcy filings of Edil Ars, his company that specialized in construction, remodeling projects and art restoration. According to news reports, it is believed that Proietti used his Vatican bank account to hide millions of euros that belonged to the bankrupt company.

The laws against money laundering and the financing of terrorism were part of a Vatican effort, which is ongoing, to ensure the Vatican bank and other Vatican financial operations were transparent and could not be used for tax evasion or other crimes.

The project included tightening the rules governing who could have an account at the Vatican, resulting in the closure of thousands of accounts of those who no longer qualified. Individuals holding accounts now must be Vatican employees or retirees or diplomats accredited to the Holy See. Bishops' conferences, dioceses, religious orders and other official Catholic works also may have accounts.