Despite China-Vatican agreement, many Chinese worry about religious freedom 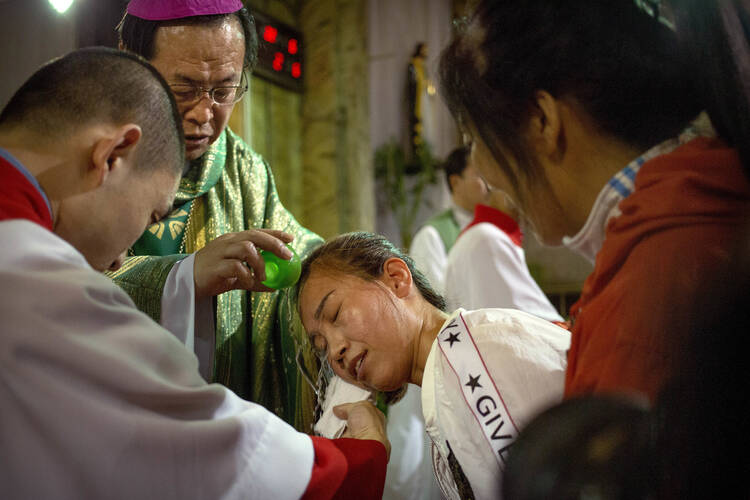 Chinese Bishop Joseph Li Shan baptizes a woman during a Mass at the Cathedral of the Immaculate Conception, a government-sanctioned Catholic church in Beijing, on Sept. 22. (AP Photo/Mark Schiefelbein, File)

“In the future, I’m afraid that Chinese Catholics might think singing the praises of the Communist Party is an integral part of the Catholic faith,” said You Jingyou, a 50-year-old human rights activist and member of an “underground” Catholic church in China’s Fujian Province. Mr. You has reason to be concerned. The recently announced provisional agreement between the Vatican and Beijing gives no assurance the government will curb its recent crackdown on religious practice, like banning online sales of the Bible.

The agreement ends a decades-long standoff over authority to appoint bishops in China. China’s estimated 12 million Catholics have been divided between an underground community that pledges allegiance to the pope and a government-run association, the Chinese Patriotic Catholic Association. Under the accord, Beijing will propose names for future bishops and the pope will have veto power over those appointments.

The new accord notwithstanding, the Chinese government has tightened its control over Christian churches in the past few years. Authorities have demolished hundreds of mostly Protestant (but also some Catholic) churches, evicted congregations and installed surveillance cameras in churches allowed to function.

Authorities have demolished hundreds of mostly Protestant (but also some Catholic) churches and installed surveillance cameras in churches allowed to function.

New “regulations on religious affairs,” which went into effect in February, ban unauthorized teaching about religion and travel abroad for religious meetings, all in the name of “curbing extremism” and “resisting infiltration.” Donations to religious organizations of over $15,000 from foreign groups or individuals are prohibited. A few weeks ago, authorities in Zhejiang and Jiangxi Provinces ordered government employees, school teachers and medical personnel to pledge not to hold “religious beliefs.”

Since China and the Holy See severed diplomatic ties in 1951, the leadership of China’s underground Catholic Church has endured enormous suffering for their loyalty to the pope and opposition to state control of religion. Cardinal Kung Pin-Mei, the first Chinese person to hold the post of bishop, spent 30 years in prison. Half of Bishop Shi Enxiang’s 94-year life was spent in various forms of detention. Bishop Fan Xueyuan was imprisoned for more than 30 years, while Bishop Fan Zhongliang spent more than two decades in prison and labor camps. There are many more such cases.

“During Mass, will we be ordered to sing the national anthem? Communist Party songs? Will we have to hang China’s national flag?”

Authorities continue to harass leaders of the underground church. In March, police briefly detained Bishop Guo Xijin of Mindong after he refused to officiate at Easter Mass with a government-appointed bishop not recognized by the Vatican. Bishop Guo was one of the two underground bishops the Vatican asked to step aside early this year in favor of state-appointed bishops. The previous Easter, authorities detained Bishop Guo in secret for 20 days and forced him to study government propaganda.

Last year, authorities in the city of Wenzhou detained Bishop Shao Zhumin for seven months after his church refused to join the Patriotic Catholic Association. In December 2017, authorities in Lishui Prefecture reportedly took Father Lu Danhua into custody and ordered him to “study.” He has been “disappeared” ever since.

In 1960, on the eve of Cardinal Kung’s trial for “counter-revolutionary” activities, the prosecutor urged him to support the Patriotic Catholic Association. He replied: “I am a Roman Catholic bishop. If I denounce the Holy Father, not only would I not be a bishop, I would not even be a Catholic. You can cut off my head, but you can never take away my duties.”

Millions of ordinary believers have also valiantly resisted government control. You Jingyou told me that in the Catholic community in his village, the distrust of the government-run church is “intuitive.”

“When the government-sanctioned priest performs Mass in the government church, nobody would go,” said Mr. You. “Even though we have to hide in a dark corner to pray, there are a lot of us.”

Mr. You worried that with the Vatican recognizing government-appointed clergy, priests will incorporate Communist Party propaganda into their religious lives. “During Mass, will we be ordered to sing the national anthem? Communist Party songs? Will we have to hang China’s national flag? How does our young generation of believers know that this is not part of what Catholic rituals are supposed to be?”

Mr. You’s fears are not completely unfounded, as these things have already been happening to churches under the control of the Catholic Patriotic Association. The Vatican has yet to provide answers to these questions. Until then, millions of Chinese Catholics will be concerned that this new accord, whatever benefits accrue to their own church, will do nothing to protect religious freedom overall in their country. 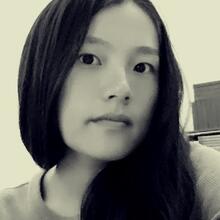 Yaqiu Wang is a China researcher at Human Rights Watch.

Someone made a comment on the situation in China. Suppose Donald Trump told the Vatican he wanted to approve any new US bishops. What would be the reaction?