Lonely City: How I learned to be with myself in New York 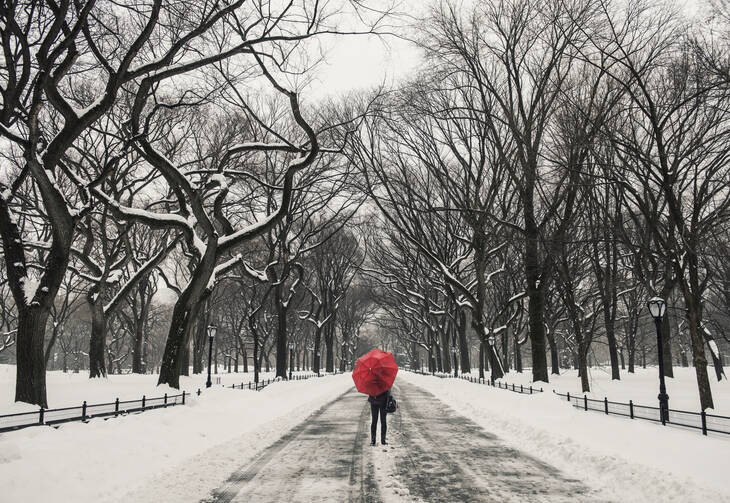 I want to be a part of it, too. But one of the greatest ironies about living in New York City, at least for me, is a distant feeling from the eight million people who surround me. This distance feels even greater when pedestrians brush by me hustling to work, or when I am crammed into a subway beside softly glowing faces consumed in unrequited conversation with their iPhones. When I finally escape this world of strangers and retreat back to the isolation of my dorm room, this distance reveals itself for what it actually is: loneliness.

New York City, with its abundant opportunity for self-made prosperity, is a place where people go to do their own thing. When I arrived in Manhattan, 22 years old and fresh out of college, doing my own thing seemed exhilarating. Since making Midtown my home last August, I have discovered where to grab a cheap bite, jumped on the 1 train and explored downtown, caught plays on Broadway and movies at Lincoln Center and gone out to bars and clubs until I hear the birds chirp.

The only thing the city does not offer is the thing I want most. I want connection. I want to share the experience with others. At the end of the day, I will trade “a city that never sleeps” for a city where people sleep soundly knowing that they are not alone.

I will trade “a city that never sleeps” for a city where people sleep soundly knowing that they are not alone.

New York City makes me painfully aware of my loneliness. Groups of friends laughing together at bars and couples holding hands in Central Park are piercing reminders of the intimate relationships that I do not have.

On a Sunday night last September, I took a stroll along the Upper West Side of Manhattan, looking for a place to grab a beer and catch the football game between Notre Dame and Texas. I walked from 60th to 100th Street, occasionally bumping into people on the sidewalk as I searched for bars and restaurants that had the game on television. I timidly glanced through windows until bartenders and restaurant-goers returned sharp glances right back at me.

I never entered. I felt too uncomfortable to walk in and sit down alone. Eventually, I looped back from 100th Street and walked the 40 blocks home. I would only find out the next day about the thrilling double-overtime classic I missed because I could not bear to be alone in the midst of others.

When I find myself feeling most lonely, I return to the people and places where I have found intimacy and belonging in the past. I text my old buddies from high school and post too frequently in my group chats with college friends. I retreat back to Long Island for a home-cooked meal and to see family. I try online dating apps.

I know my loneliness can be a burden for the people around me. But still I throw myself at strangers with a suffocating embrace, demanding they take away my loneliness with extreme closeness. I pester friends with phone calls and pleas to get dinner at times they are not available. I become convinced that I have a new girlfriend after just a few dates. When these people fall short of my expectations, I begin to resent them. They lose interest in me and we become strangers once again.

Mother Teresa claims, “Loneliness and the feeling of being unwanted is the most terrible poverty.” I wholeheartedly agree. But it is in this pain, and deep awareness of this pain, where solitude is born. Solitude is the place where I learn the truth of my lonely condition. To embrace solitude is to recognize that my loneliness cannot be completely taken away by others. It can only be transformed by God, who always desires to be with me.

To embrace solitude is to recognize that my loneliness cannot be completely taken away by others.

A few weeks ago, I lost my wallet at work. Upon realizing this, I frantically searched every crevice of my office and anxiously asked my co-workers if they had seen it lying around. Not there. I retraced 10 blocks of my steps back to my dorm in Lincoln Center. No luck. I tore apart my room and rifled through every drawer. Nowhere to be found. Just when I had given up, I bent over to tie my shoe and felt something fall from the pocket of my button-down shirt. On the floor, right in front of me, lay my wallet.

I would have found my wallet in a matter of seconds if I had only first searched my own pockets. If I had looked at myself. Only after I experienced the futility of looking “everywhere else” did my wallet finally reveal itself to me.

In the same way, only by first looking to erase my loneliness elsewhere, by looking frantically to other humans, can I become aware that no human being is perfect. No person can make me feel completely connected. When I truly realize this, I understand that only God can fulfill my deepest human longings. And ultimately, the closer I am with God, the closer I can be to the people around me.

Loneliness is a public health crisis. Catholic parishes can help.
The Editors

In solitude, I do not aim to possess the other in order to bring me pleasure. Instead, I take pleasure in others by simply getting to know them. I appreciate the beauty of a friend or sibling for his or her sake alone. Even in New York City, I discover that strangers who are not always warm and welcoming desire the same thing as I do—to belong and to feel connected beyond themselves.

Although my loneliness will always be with me, solitude is a place where I can always return. During my time in New York and throughout the rest of my life, I aim to stay with my loneliness, until I can see it as a gift.

Nick Genovese is a Joseph A. O'Hare, S.J., Fellow at America.

As a young Catholic who also just moved to NYC, this article is incredibly relatable. Thank you for sharing! This piece gives me hope and a feeling of connection in a city that as you said often feels lonely and chaotic!

As a young Catholic who also just moved to NYC, this article is incredibly relatable. Thank you for sharing! This piece gives me hope and a feeling of connection in a city that as you said often feels lonely and chaotic!