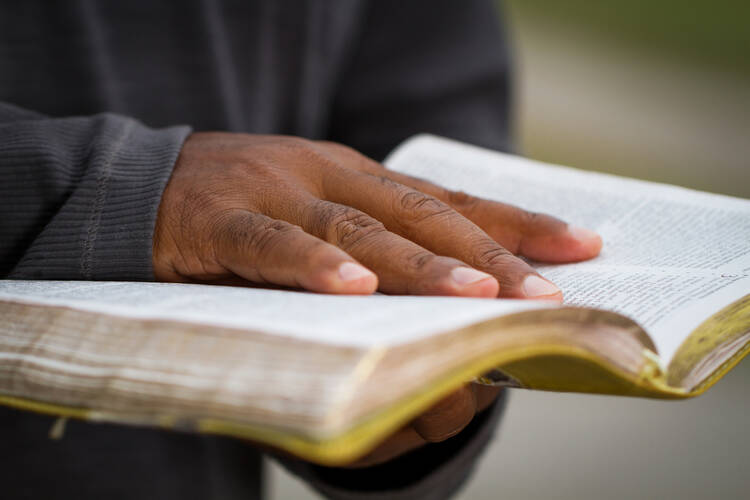 When a Vatican office released a new document about the formation of new priests earlier this month, it reiterated a 2005 policy that has been interpreted as barring gay men from the priesthood, despite the not insignificant number of priests who identify as gay.

But a priest in Chicago, who has advised two cardinals on theological issues and who has written extensively about the church’s teaching on homosexuality, published a column in the Vatican newspaper L’Osservatore Romano on Dec. 18 in which he argues that the document’s nuance has been overlooked.

The Rev. Louis J. Cameli, author of Catholic Teaching on Homosexuality: New Paths to Understanding, wrote that the church’s instructions on candidates for the priesthood do not explicitly prohibit gay men and warrant a closer reading. The teachings in the document, he wrote, “avoid moving from the existence of homosexual feelings to a blanket prohibition of admission to the seminary or Holy Orders.”

“Very wisely and very prudently,” he said, “these documents cite the essential task of discernment, that spiritual movement and gift of the Holy Spirit that enables us to identify what leads to God and what leads away from God.”

Father Cameli, a theological advisor to Cardinal Blase Cupich of Chicago who also held a similar role to the late Cardinal Francis George, noted that the Vatican document says there are three different criteria that can prohibit homosexual men from pursuing the priesthood. But he said one of them is not as clear cut as both supporters and detractors of gay priests have suggested.

In an interview with America, Father Cameli noted that “when the Holy Father wants to take a position against something, it’s quite clear.”

He pointed to Pope John Paul II’s 1994 prohibition on ordaining women to the priesthood as an example, saying the pope did not mince words there. The title of that document includes the phrase, “reserving priestly ordination to men alone” whereas the teaching on homosexual priests is left intentionally vague.

“You have to take the words at their value,” he told America.

According to the 2016 document, entitled “The Gift of the Priestly Vocation,” men who are sexually active are out of contention for the priesthood as are those who support gay rights.

In his column, posted in full below, Father Cameli wrote, “A person who supports the ‘gay culture,’ understood as an environment and a movement that advocates moral stances at variance with Church teaching, cannot at the same time be entrusted with teaching and leading the community of faith.”

But a third criterion, which prohibits men with “deep seated homosexual tendencies,” is murkier, he argued, offering a few possible interpretations of the phrase.

An individual may be disqualified from seminary because he views his world primarily through the lens of “being gay” and seeks out experiences that foster this worldview, he suggested. He also wrote that men who place their sexuality at the center of their lives may “create a blockage in one’s relational capacities,” especially when relating to women or heterosexual men.

Finally, he wrote that a man who feels that acting out on his sexuality may be inevitable may also not be a good candidate for the priesthood. Ultimately, he said discernment of individual cases remains an important element in considering who would make good pastors.

“Discernment is a pivotal task and responsibility in the seminary not only in matters of admission but in the whole course of forming men to be good shepherds in the pattern of Jesus Christ,” he wrote.

Michael O’Loughlin is the national correspondent for America and author ofThe Tweetable Pope: A Spiritual Revolution in 140 Characters. Follow him on Twitter at@mikeoloughlin.

How to Understand The Gift of the Priestly Vocation

On the Question of Homosexuality

Almost as soon as the Congregation for Clergy published the new Ratio fundamentalis institutionis sacerdotalis on December 8. 2016, media reports in the United States characterized it as a new prohibition of “gay priests.” In fact, in its more than ninety pages of text, the Ratio offers a coherent and integrated vision of priestly formation largely based on Pope Saint John Paul II’s apostolic exhortation Pastores dabo vobis and the teachings of Pope Benedict XVI and Pope Francis. Three paragraphs of the Ratio take up the theme “Persons with Homosexual Tendencies” (nos. 199-201). And these paragraphs repeat the salient points of a 2005 document from the Congregation for Catholic Education: Instruction Concerning the Criteria for the Discernment of Vocations with Regard to Persons with Homosexual Tendencies in View of Their Admission to the Seminary and to Holy Orders.

The key statement of the 2005 Instruction which is repeated by the newly published Ratio fundamentalis is this: “…the Church, while profoundly respecting the persons in question [i.e. those with homosexual tendencies]. Cannot admit to the seminary or to holy orders those who practice homosexuality, present deep-seated tendencies or support the so-called ‘gay culture.’” (n. 2 in the Instruction and n. 199 in the Ratio fundamentalis) In a book published in 2012 (Catholic Teaching on Homosexuality: New Paths to Understanding, Ave Maria Press), I sought to explain the meaning of this important statement. In my estimation, its true sense may not be immediately evident to a casual reader or to reporters who want to relay information to a largely secularized public about the highly charged question of homosexuality.

Although media identify the enactment of a prohibition, the text of the 2005 Instruction speaks much differently about “criteria for discernment.” Permit me to draw from my book to explain more precisely what is in play for the Instruction and for the Ratio fundamentalis.

Three categories of persons are to be excluded from admission to the seminary and Holy Orders: those who practice homosexuality, those who have present deep-seated homosexual tendencies, and those who support the so-called “gay culture.” The first and third categories are quite clear. A sexually active person, whether homosexual or heterosexual, is excluded because he is not living celibately. A person who supports the “gay culture,” understood as an environment and a movement that advocates moral stances at variance with Church teaching, cannot at the same time be entrusted with teaching and leading the community of faith. The second category, however, is not so clear: those who present deep-seated homosexual tendencies. This category needs further reflection and clarification.

“Deep-seated tendencies” (or, in what seems to be a more precise phrasing in the Italian version, tendenze omosessuali profondamente radicate, “deeply rooted homosexual tendencies”) stand in contrast, according to the Instruction, to something that manifests a transitory issue or a developmental state that needs to be passed through and beyond, something that belongs essentially to adolescent development. In others, homosexual feelings or tendencies may belong to the individual, but they only manifest a transitory phenomenon or unfinished development, not a fixed pattern of personality or a fixed pattern of relating.

Feelings are feelings, and they can range for all of us in a multitude of directions whatever those feelings might be. But when do we encounter homosexual feelings that reveal “deep-seated” tendencies that indicate that a candidate ought not to be admitted to the seminary or to Holy Orders? Let me suggest four instances in which this is true:

●       When homosexual inclinations lead to the formation of a central organizing identity, there is evidence of deep-seated tendencies. That central organizing identity becomes the commanding center of life. On the basis of that identity, a person makes significant life decisions, relates to others, invests time, energy, and other resources, and—in general—perceives himself and the world through the lens of “being gay.”

●       When homosexual inclinations become an overriding center of attention and even preoccupation, there is evidence of deep-seated tendencies. What we pay attention to largely defines the directions that we will take in life. There may be some overlap with the concept of central organizing identity, but the emphasis here is on a continuous awareness of what seems to matter most and a preoccupation.

●       When homosexual inclinations create a blockage in one’s relational capacities, there is evidence of deep-seated tendencies. Sexual desire may be such that it intrudes and shapes interpersonal life in unhealthy ways, and there is a lack of psycho-affective equilibrium. It may then mean a diminished capacity to connect with women in a mature fashion. Or, it may mean an erotically charged and distorted connection with certain men. In other words, sexual inclinations shape and even distort the possibility of basic and authentic human relating.

There are many different kinds of feelings that pass through our lives, some very positive and some quite negative and destructive. And this is true for all of us. Both the Instruction and the Ratio fundamentalis avoid moving from the existence of homosexual feelings to a blanket prohibition of admission to the seminary or Holy Orders. Very wisely and very prudently, these documents cite the essential task of discernment, that spiritual movement and gift of the Holy Spirit that enables us to identify what leads to God and what leads away from God. Discernment is a pivotal task and responsibility in the seminary not only in matters of admission but in the whole course of forming men to be good shepherds in the pattern of Jesus Christ. Discernment enables seminary authorities and individuals themselves to identify what is good and right for the individual and for the Church.