The Revolution of Normalcy: A reflection on the third anniversary of the election of Pope Francis 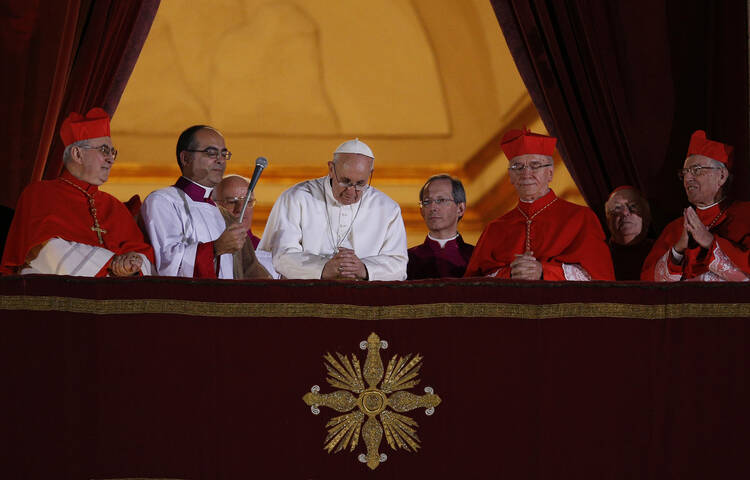 Editors note, Feb. 25, 2019: A review of this article discovered significant material published elsewhere at an earlier time by Father Rosica. A Feb. 22 story in the National Post of Canada documented multiple cases in which Father Rosica used material from other authors without providing proper citations.

March 13, 2016, marks the third anniversary of election of Argentine Cardinal Jorge Mario Bergoglio as Bishop of Rome. Upon his election in the Sistine Chapel three years ago, he took the name Francis and told us he did so because of his love for St. Francis of Assisi. Over the past three years, many have associated the new pope’s gestures and actions with the “Poverello” or “Little Poor One” of Assisi, perhaps the most beloved saint of the Catholic tradition. One day in the late 12th century, the young Giovanni di Pietro di Bernardone (later named Francesco) heard the plea of Jesus from the crucifix in the dilapidated San Damiano chapel on Assisi’s outskirts: “Go and repair my church.” And he certainly did that in his lifetime and through the huge Franciscan family that he left behind to carry forward his dream and continue his work.

We can become easily fixated on lots of eye-catching, buzz-causing externals, great photo opportunities and now famous sound bite expressions that Pope Francis provides for us on a daily basis: A pope who abandoned the red shoes—that were never an official part of the papal wardrobe! A pope who dresses modestly, pays his own lodging bills, rides around Vatican City in a Ford Focus or in foreign cities in small cars. A pope who invites street people to his birthday breakfast. A pope who tells the driver of his vehicle to stop at the dividing wall between Jerusalem and Bethlehem so that he may pray before this glaring sign of division and pain. A pope who invites Muslims clerics to ride with him in the popemobile in the war-torn Central African Republic.

This Roman pontiff specializes in kissing babies and embracing the sick, disfigured broken bodies and the abandoned of society. He knows how to use a telephone—and uses it often. He waits in line for the coat check at the Vatican Synod Hall and delights in holding in-flight press conferences with journalists while many church leaders hold their breath at what will come forth from those now legendary encounters. He has restored Synods of Bishops to their proper place in the church: meetings and encounters of church leaders who speak with boldness, courage, freedom and openness rather than staged gatherings of pseudo-concord.

Many sit back, smile and utter: “What a sea/See change!” “What a revolution!” “What simplicity!” “Wow!” “Awesome!” “Finalmente!”

And for many who are watching all of this with differing forms of angst and shock, they ask: “What is he doing?” “How can he continue at this pace?” “Does he remember that he is the Vicar of Christ?” “Will the Francis reform succeed?” The answer is: “Yes.” Francis’ reform is inevitable because it is not emanating from Assisi, Loyola, Manresa or even from Rome, as significant as those holy places may be! It is based on a great story coming from other lands where we find Bethlehem, Nazareth, Nain, Emmaus, Mount Tabor, Galilee, Jerusalem and the Decapolis: the lands of the Bible. Pope Francis has based his Petrine Ministry on the Gospel of the fisherman of Galilee who was Son of God and Lord, Savior and Redeemer of the human family.

Pope Francis wants us to be warm, welcoming and forgiving as Jesus has modeled to us on every page of the New Testament. He reminds us day after day that we have a Lord and Master who shared in the joy of the spouses in Cana of Galilee and the anguish of the widow of Nain; a Lord and Master who enters into the house of Jairus, touched by death, and the house of Bethany, perfumed with nard. A Master who took upon Himself illness and suffering, to the point of giving His life in ransom.

Following Christ means going where He went; taking upon oneself, like the good Samaritan, the wounded we encounter along the road; going in search of the lost sheep. To be, like Jesus, close to the people; sharing their joys and pains, showing with our love the paternal face of God and the maternal caress of the church. Francis wants us to eat with tax collectors and sinners; he wants us to forgive the woman caught in adultery (while admonishing her to sin no more); he wants us to welcome and respect foreigners (even our enemies); and, above all, not to judge others. He has spoken simply, powerfully and beautifully about returning to lost unity. He wants to build bridges that everyone can cross. He is especially conscious of the poor and those who have been marginalized—social outcasts kept on the fringes of society. He has spoken out strongly for the plight of refugees and decried the evil of abortion and euthanasia. He stands for the consistent ethic of life, from the earliest moments of conception to the final moments of natural death.

At the very beginning of his Petrine Ministry, he said loud and clear in St. Peter’s Square: “A little mercy makes the world less cold and more just. We need to understand properly this mercy of God, this merciful Father who is so patient” (Angelus, March 17, 2013). His rallying cry has been “mercy” for the past three years. Just before Lent this year, Pope Francis’ personal book, The Name of God is Mercy, was simultaneously released throughout the world.  The main theme of the book is mercy, and the pope’s reasons for proclaiming a Holy Year of Mercy this year. The centrality of mercy is “Jesus’ most important message.” Mercy is essential because all people are sinners, in need of God’s forgiveness and grace, and it’s especially necessary today, at a time when “humanity is wounded,” suffering from “the many slaveries of the third millennium”—not just war and poverty and social exclusion, but also fatalism, hardheartedness and self-righteousness.

In a very provocative challenge to his newly-created brother cardinals last Feb. 15, 2015, Pope Francis recalled with them that “the church’s way, from the time of the Council of Jerusalem, has always been the way of Jesus, the way of mercy and reinstatement.” This means “welcoming the repentant prodigal son; healing the wounds of sin with courage and determination; rolling up our sleeves and not standing by and watching passively the suffering of the world.”

Pope Francis is very critical of those eager to cast stones. Pride, hypocrisy and the urge to judge others in terms of “preconceived notions and ritual purity” are the targets of his ire. He has chastised church bureaucrats for their “theological narcissism,” and he says in his recent book that “we must avoid the attitude of someone who judges and condemns from the lofty heights of his own certainty, looking for the splinter in his brother’s eye while remaining unaware of the beam in his own.”

On the late afternoon of March 13, 2013, Jorge Mario Bergoglio received the call to go, rebuild, repair, renew and heal the church. What we have witnessed over the past three years is simply a disciple of Jesus—and a faithful disciple of Ignatius of Loyola and of Francis of Assisi—repairing, renewing, restoring, reconciling and healing the church. There are those who delight in describing the new pope as a bold, brazen revolutionary sent to rock the boat. Others think he has caused a massive shipwreck. But the only revolution that Pope Francis has inaugurated is a revolution of tenderness, the very words he used in his recent major letter on "The Joy of the Gospel" (No. 88).

And the second revolution he has inaugurated is the revolution of normalcy. What he is doing is normal human, Christian behavior. These are the revolutions at the heart and soul of Pope Francis’ ministry. It is his unflinching freedom that allows him to do what he does because he is unafraid and totally free to be himself at the same time of being a most faithful son of the church. It is Francis’ humanity, goodness, joy, kindness and mercy that introduce us to the tenderness of our God. No wonder why he has taken the world by storm, why so many people are paying attention to him, and others are frustrated with his exercise of freedom and his universal outreach. Everything the pope is doing now is not just an imitation of his patron saint who loved the poor, embraced lepers, charmed sultans, made peace and protected nature. It’s a reflection of the child of Bethlehem who would grow up to become the man of the cross in Jerusalem, the Risen One that no tomb could contain, the man we Christians call Savior and Lord. Pope Francis has given us a powerful glimpse into the mind and heart of God.

This Bishop of Rome demands a lot while preaching about a God of mercy, by engaging joyfully with nonbelievers, atheists, agnostics, skeptics and those sitting on the fences of life—many who thought that Christianity has nothing left to add to the equations of life. For journalists and those in media, he has made covering religion and the church interesting, exciting and enticing and rewarding once again. We need the bold, Francis revolution of tenderness, mercy and normalcy now more than ever before.

Lord our God,
We thank you for always providing shepherds to guide the church.
We thank you most especially for Francis,
the one you have chosen to be our chief shepherd
and guide at this moment in history.
Bless him with health and vision, boldness and courage,
wisdom and compassion, and boundless joy and hope.
Make him an instrument of your peace, compassion and mercy,
In your mercy you called Francis and you call each of us
to cling to Jesus, the rock of fidelity and truth.
May Pope Francis inspire us to be better Christians,
faithful Catholics and architects and citizens
of the civilization of love that your son entrusted to us.

We ask this in Jesus’ name, who lives with you forever and ever. 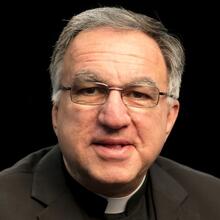