Steven Spielberg: Listen for the Whisper 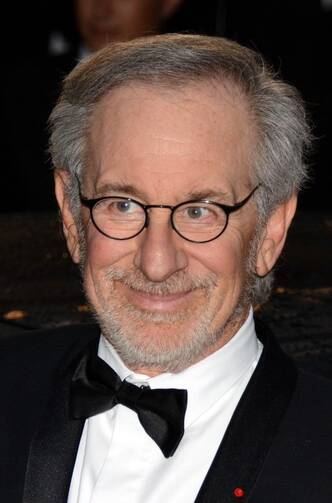 A student recently asked me for advice about ways he might deal with his uncertainty. He said he wasn't sure what he wanted to do for the rest of his life. When I reminded him that he was only 17 and he plenty of time to figure things out, he asked even more questions. I don't want to waste time, he said. I want to know. Now.

A few days later, as I was feeding my interest in film and screenwriting, I happened upon a brief speech from Steven Spielberg that offered insight into the questions my student had posed. Talking about a film (his first film, really) that Spielberg made to obtain his photography merit badge in the Boy Scouts, Spielberg said the response of his friends was electrifying.

"The response set me on fire," said Spielberg. From then on, he realized he wanted to make films. And then he added words that speak directly to my students' inquiries:

The thing I really want to emphasize is, I didn't have a choice. I didn't have a choice . . . the dream is something you never knew was going to come into your life. Dreams always come from behind you, not right between your eyes. It sneaks up on you. But when you have a dream, it doesn't  often come at you screaming in your face, "This is who you are, this is what you must be for the rest of your life." Sometimes a dream almost whispers. And I've always said to my kids, the hardest thing to listen to—your instincts, your human personal intuition—always whispers; it never shouts. Very hard to hear. So you have to every day of your lives be ready to hear what whispers in your ear; it very rarely shouts.  And if you can listen to the whisper, and if it tickles your heart, and it's something you think you want to do for the rest of your life, then that is going to be what you do for the rest of your life, and we will benefit from everything you do.

I thought this was profound and very much worth passing along to friends, students, and colleagues. Finding your life's work or calling—your vocation, in the language of theology—has a bit of mystery about it. Spielberg recognizes that we cannot micromanage our lives. If we allow it, we can be caught, wonderfully, by surprise. It's kind of like falling in love. It comes out of nowhere.

I also couldn't help but relate Spielberg's comment to the passage from 1 Kings 19:

Some translations render "still small voice" as "whisper," but regardless of the exact wording, the point still holds: the truth of things and of our lives is often easy to miss.

(See the video below. Scroll to 9:32 for the relevant part.)