The First Letter of Paul to the Thessalonians Online Commentary (2) 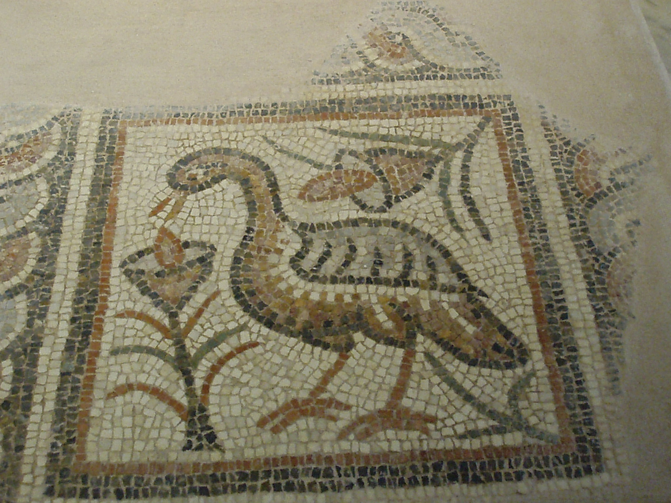 In the first entry in the 1 Thessalonians Bible Junkies Commentary I began by looking at introductory matters, which were comprised of comments on the nature of a Greco-Roman letter, and the background of Paul’s activity in Thessalonica, that we know primarily from Acts of the Apostles and partially from Paul’s letters. In this entry, I want to give a basic overview of the content found in the whole letter and then begin commenting on the letter itself more specifically.

As with Jude, the study of 1 Thessalonians will be in the form of a more traditional commentary, though the introductory questions of authorship, date and the location are not as difficult as with the letter of Jude. We know who wrote the letter, we know basically when it was written and we know to whom it was written. The introductory matters in this case will involve more a breaking down of the situation in Thessalonica, as we know it from Acts of the Apostles, and that of Paul and his companions. The basic Greco-Roman form of the letter will also be given, as with Jude, and then the bulk of the comments will center on the meaning and the purpose of this letter. Finally, comments at the end will concentrate on the message of the letter for the 21st century Church and Christian. Since there are no questions regarding the Pauline authorship of 1 Thessalonians, these issues will be dealt with when we come to letters in the Pauline corpus for which many scholars have raised issues of authorship. The problems concerning whether a letter is written by Paul are all best dealt with concretely and not abstractly. In the case of 1 Thessalonians, we can get right down to business.

There are three basic issues that Paul deals with in his first letter to the Thessalonians:

(1) The personal relationship between Paul (and his co-workers) and the Thessalonians. Paul speaks of how much he cares and worries for them and their Christian faith in light of their persecution and suffering. He also describes himself as the spiritual mother and father of the Thessalonians and names them as his spiritual children (chapters 1-3);

(3) Anxiety about what will happen to Christians who die before the return of Christ and questions regarding when the End will come (parts of chapters 4-5).

In 1 Thessalonians we also get glimpses of Paul's “style” of ministry and his relations with his new church members. When you read the letter carefully you will see examples of his personal life and behavior, especially with respect to his spiritual “children” in Thessalonica:

(1) His early work among the Thessalonians and their conversion (chap.1);

(2) In chapter 2 his sense of tenderness and love for them, seen in his hard work on their behalf;

(3) In 2:17-3:10, his emotional and anxiety- filled explanation of why he has not been able to get back to Thessalonica personally and how he feels about this.

Moreover, even in a short letter such as 1 Thessalonians, you can pick up little pieces of information about the people addressed and even general church practices.  For example, from 1:9-10 you can detect that the addressees were Gentiles of a pagan religious background (“you turned to God from idols”).  And in 5:26 you will find a reference to the early Christian practice known as the “holy kiss”, a greeting shared among Christians as a sign of their fellowship at their meetings.  Also, 1 Thessalonians (typical of Paul's letters) gives several glimpses of early Christian prayer practices, which we will discuss in the context of each occurrence within the letter.

Here is a breakdown of the letter, with an outline of the general content for each section:

i) Thanksgiving for their steadfastness and faith, love, and hope (1:3)

ii) Paul's great affection for the Thessalonians (1:4-10) àbecause they received the word even in the midst of suffering and persecution and became "imitators" of Paul (1:6-7) àthey turned from "idols" to serve God and await the return of Jesus, "his Son from heaven" (1:9-10).

1) Paul's Affection for the Community (2:1-20) àThe theological teaching here seems subsumed beneath Paul's love and affection for the community; this love manifests itself though in the context of the suffering they are now undergoing. He is like a nurse (2:8), a father (2:11,12), and like an orphan (2:17) when separated from them! But they stayed the course when persecuted (2:14). Why? Because of the hope of their salvation.

2) "We could bear it no longer" (3:1-13) àIn light of the reality of persecution, Paul and Timothy and Silvanus want to see how the Thessalonians are doing. Timothy goes and brings back good news of the community (3:6). Paul believes that somehow his salvation is linked to that of his churches: "for now we live, if you continue to stand firm in the Lord" (3:8); Paul's goal is to see them strengthened "in holiness that you may be blameless before our God and father at the coming of the Lord Jesus with all his holy ones" (3:13).

Ethical exhortation here takes three forms: to moral living; to remain firm in hope of the resurrection; and lists of ethical maxims.

1) "Control your own Body" (4:1-12): Paul states that the sanctification (holiness) of the Christians is dependent, partly, on their ability not to use each other sexually; it is not clear if there is a problem in this church, or if Paul simply wants to warn/encourage them. For elsewhere he speaks fondly of their love for one another (4:9-12) and their relations with others.

2) The Coming of the Lord (4:13-5:11): The first problem is this: some in the community seem to think that because some have died, the resurrection is in doubt. Paul encourages them to see that both the living and the dead will share in the resurrection (4:15-18).

Secondly, when will it take place? Paul says that no one knows, but to be ready and prepared for it always. How? By grasping that there is a spiritual battle. What are the weapons? Faith, hope, and love (5:8).

3. Paul’s First Letter to the Thessalonians:

1 Paul, Silas and Timothy, To the church of the Thessalonians in God the Father and the Lord Jesus Christ: Grace and peace to you. (NRSV)

This is a very simple Salutation, which makes sense since it is the earliest of Paul’s letters, which we know of at any rate, to one of his churches. There are, nevertheless, things to consider even in this verse. For one thing, Paul addresses the church along with Silas and Timothy. What role do they play in the writing of this letter? Does Paul mention their names because of their dealings with the Thessalonians? Or do they have a role to play in the shaping of the letter itself? There is more work being done on scribes (Greek: amanuensis) and their role as letter writers now than there has been previously, but it is still unclear if named co-authors refers to their actual function as co-authors, scribes or as a polite formality based on their previous relationships with the church.

The reference to the church (ekklêsia) in Thessalonica is simple and unadorned, something which will change in later letters of Paul. So, too, will the greeting become more complex than this simple greeting of grace (charis) and peace (eirênê). One thing that will not change, however, is that Paul will begin his letters with charis as his regular opening, which is behind Calvin Roetzel’s insight that from “grace” (at the beginning of the letter) to “grace” (at the end of the letter), we must understand that Paul gives us his authoritative apostolic teaching.

Next entry, the Thanksgiving.