Convicted of Blasphemy and After Years on Death Row, Could Asia Bibi Finally Be Freed? 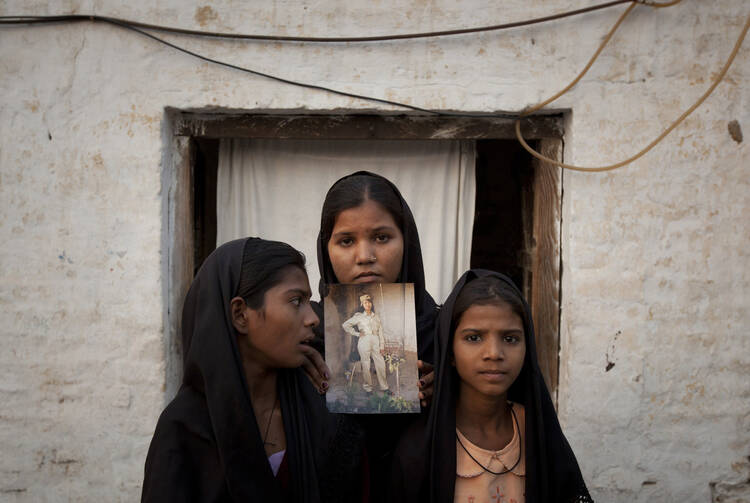 Could the long court odyssey of Pakistani Christian Asia Bibi finally be drawing to a close? The Centre for Legal Aid, Assistance and Settlement (CLAAS), a Christian charity dedicated to helping persecuted Christians in Pakistan—which had been legally representing Bibi and campaigns for her release, reports that her death sentence for blasphemy has been stayed by the Supreme Court of Pakistan.

Claas reports: "A three-member bench of the Lahore Supreme Court has granted leave to appeal to Aasia Bibi and stated that it is essential to examine her case for administration of justice. The Supreme Court has also suspended the decision of the High Court which had upheld her death sentence granted from the lower court." This perhaps final appeal to the Supreme Court could result in Bibi's release, something public opinion around the world has been clamoring for. Pope Francis has appealed for Bibi's release and hundreds of thousands have added their names to Internet petitions demanding that she be freed and the charges against her dropped.

Bibi, 49, and the mother of five, has been behind bars for the last six years; her health has been reported as seriously diminished over her lengthy captivity. She has been on death row since November 2010 when she was found guilty by a lower court of making blasphemous remarks during an argument with a Muslim woman working in the same fields.

Naveed Aziz, an officer for the British Pakistani Christian Association, said in an update from the courtroom in Islamabad: “Sister Asia will have to spend more time in jail, but her freedom is now a real possibility and only a matter of time.”

Joseph Nadeem, head of the Renaissance Education Foundation," which has been assisting Bibi's family, was present in court. He said that the hearing took place in a calm atmosphere and that there were no Islamic religious leaders or Muslim extremists present in court.

"Today is an important step forward," he said. "We are very satisfied. Now it is the time to pray and ask the Lord to melt the hearts of those involved in this case, including the judges, and pray that justice is done and Asia is released. We pray that Asia is strengthened by the grace of the Holy Spirit. And we pray for her release."

Nasir Saeed, Director CLAAS-UK, said that although today was a preliminary hearing, the suspension of the high court’s death sentence is a relief. "I believe that justice will be done by the Supreme Court and soon she will be freed."

Saeed added, “The misuse of the blasphemy law is widespread in Pakistan and people are using this law to settle personal scores and here are many innocent people who are suffering and languishing in prions for years because of its continuous misuse, while several people have been killed by vigilantes.”

In 2011, two high profile politicians who had been openly calling for the reform of Pakistan's blasphemy laws—then Governor of Punjab Salmaan Taseer and the only Christian minister Shahbaz Bhatti—were killed by Islamic extremists.