Ross Douthat belongs in the conversation. Here's why. 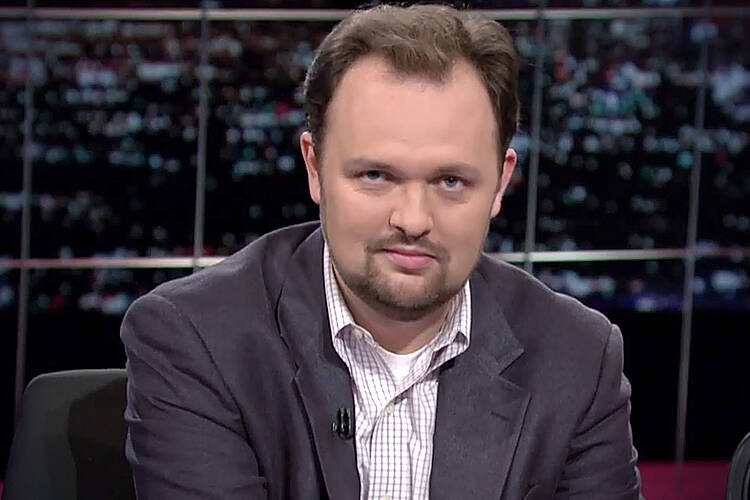 Back in the ancient days of 2005, a year before Twitter was founded and a year after Facebook was conceived, St. John Paul II died and Cardinal Joseph Ratzinger was elected pope. If you were a Catholic working in media or who was media-savvy (I was a Jesuit scholastic at the time, interning at America and writing occasional articles for Busted Halo while I studied theology at Fordham University), then you might remember that it was one of those moments where it became obvious the communications landscape had changed; conversations about the new pope that would have taken place around the water cooler and in the church parking lot were to some degree supplanted by something much stranger: namely, The Blog.

There are still plenty of blogs around today, but it’s nothing like it was in 2005 in Catholic land, where every time you turned around someone was hanging out their own shingle, usually with a fanciful Latin title and sometimes with a terrifying one. St. Blog’s, the wags called it. Some of the Catholic blogs—actually the majority of them, and several of the most popular—were of a markedly traditionalist bent, both in authorship and readership. Who knows why, but some of this was surely a reaction against several decades of “progressive” control over many chanceries and diocesan newspapers.

One of the chief sports at a number of these blogs in 2005 was heresy hunting—denouncing others for their supposed lack of orthodoxy. And one of the most popular Catholic blogs—the ominously named “The Cafeteria Is Closed”—did little else but take morose delight in others’ supposed lack of fidelity to the Holy Father. The author, a recent convert, included a picture of himself flexing his bicep, with the tagline “you said WHAT about the pope?” Once a target was identified (at that blog or elsewhere), inevitably someone would post the name and address of the local bishop (sometimes they’d post your name and address, too, because, you know, we’re known by our love), so readers could write to complain.

Others were more subtle but no less noxious. At one point someone asked Cardinal Arinze in Rome why he never acted on complaints about liturgical abuses, and his response was perfect: because only Americans complain about this, and because they never stop sending complaints. I found myself on the receiving end more than once of a sudden, unexpected and unwanted amount of attention from people whose honey-do list for the weekend included calling my Jesuit superiors to tell them I was a heretic.

I was small potatoes, so none of it amounted to much. And most of the time, random complaints to a bishop are treated for what they are—food for thought. For other people in the church, that was not the case. Accusations of heresy and anonymous delations to the Congregation for the Doctrine for the Faith did have real consequences for many theologians through the papacies of John Paul II and Benedict XVI, and some of those consequences continue today. Men and women lost their jobs, lost their reputations, lost their privilege to teach and to publish. One of the defining moments of my Catholic life was at a meeting in 2004 when I listened with dismay and rage as the blameless and holy Jacques Dupuis gave the details of a years-long campaign against him at the C.D.F.

What does this trip down memory lane have to do with anything? Let me explain.

During the course of the Synod on the Family taking place over the past few weeks in Rome, the Internet was the cause of another minor revolution in Catholic land: instead of blogs, this time it was Twitter. One hundred forty characters in which to relay notes, comment on the proceedings of a synod fraught with controversy and, you guessed it, accuse your ideological opponents of heresy.

Many of the heresy-hunters on Twitter are the same ilk as those who were heresy-hunters in 2005 in the world of St. Blog’s: angry young men with a limited notion of what it means to be Catholic. Often what they mean by “heresy” (an obstinate denial of a defined truth that has to be believed) is actually dissent, and sometimes what they mean by heresy is simply “I disagree with you.” Every now and then, instead of a heretic, you’ll be called more puerile names, as if you were back in grammar school. But these days as much as in 2005, people’s lives and careers can be on the line.

This might explain why a group of Catholic scholars and theologians, headed by the dean of English-language Vatican II scholars, John O’Malley, S.J., and his worthy protégé, Massimo Faggioli, have been working on a letter to The New York Times complaining about columnist Ross Douthat. The signers of the letter can be found elsewhere, but the text is below:

On Sunday, October 18, the Times published Ross Douthat’s piece “The Plot to Change Catholicism.” Aside from the fact that Mr. Douthat has no professional qualifications for writing on the subject, the problem with his article and other recent statements is his view of Catholicism as unapologetically subject to a politically partisan narrative that has very little to do with what Catholicism really is. Moreover, accusing other members of the Catholic church of heresy, sometimes subtly, sometimes openly, is serious business that can have serious consequences for those so accused. This is not what we expect of The New York Times.

Some background: In addition to his column in The New York Times, Mr. Douthat also is a frequent commenter on Twitter, and in recent weeks has been a biting critic of Pope Francis, the synod process and sometimes his fellow journalists. Much of this commentary has sounded painfully obtuse and parochial, as if Pope Francis were a candidate for the Democratic presidential nomination of the United States, and the 2,000-year-old church nothing more than a D.C. think-tank that had lost its way. During one back-and-forth with Mr. Faggioli on Twitter, where it became clear Mr. Douthat was significantly out of his depth in terms of ecclesiology and theology (Mr. Faggioli is a professor of theology and a native Italian), Mr. Douthat responded (right before signing off), “Own your heresy.”

And there it is again: the accusation of heresy against a professional Catholic theologian. Why? Because that theologian disagreed with Mr. Douthat.

I personally thought Mr. Faggioli’s letter a mistake, first because there is no such thing as a professional qualification for writing on this subject (see below), and second, because of what Mr. Douthat is (and isn’t): an op-ed columnist. The New York Times hired him to be partisan. I think him wrong pretty much all the time, to be sure, but if we’re going to ban partisan narratives about Catholicism from the Old Gray Lady, I’d start with his fellow columnists Maureen Dowd and Frank Bruni, who have been in a race to the bottom vis-à-vis their depictions of Catholicism for the better part of a year.

One of my colleagues in the world of theology (and, full disclosure, a former student of mine, and also currently under contract with me and my employer, Orbis Books), Dan Cosacchi, disagreed with me on Facebook about this, in terms that are worth repeating here, because he makes an interesting case. I’ve modified his comment for context, with his permission.

Just so we all know what we are in for, if Douthat can write whatever he wants in the Times, he will soon be a Vatican analyst on a major news network, and even more Catholics will think he is an expert, because he will be billed as one. The problem is that he isn't an expert at all. We would never take seriously my writings on biology, for instance, and I hope that if I showed up to operate on you, you would run out of the hospital as quickly as you could. If we sit idly by and watch as Douthat pretends to be an expert now, he will be christened an expert later.

It’s a fair point. There are enough examples out there of people who became an expert without the slightest bit of understanding of church history or teaching. So Dan and I have agreed to disagree on the rest, and many of our peers agree with him. As of tonight, that open letter is out there.

Which brings me to my second point. The following phrase in the letter from Mr. Faggioli, et al: “Aside from the fact that Mr. Douthat has no professional qualifications for writing on the subject…”

Well. One could argue that the greatest scourge to face the Catholic Church in the centuries since the French Revolution was not the widespread defections from the faith, not the increasing irrelevance of religious practice for many in the modern world and not even the monstrous acts of sexual abuse perpetrated by priests and religious over the years: in fact, the greatest scourge may have also been the cause of all these things: clericalism. The instinctive habit of protecting your fellow priests because you’re part of a special club immune to consequences and privy to special grace.

Once you think you’re part of a special club that no one else can join, you’ll do whatever you can to keep that club intact—including enforcing strict rules about who is in and who is out, including stout defenses of those already in, no matter how monstrous their crimes, including a willful denial about the world around you.

When we try to exclude Mr. Douthat and his ilk from the conversation on the grounds they don’t have the professional qualifications, we are no better than Rome’s worst clerical gatekeepers. We are setting up a self-validating club that protects its own and refuses to listen to anyone lacking the proper magic touch. I’ve a personal perspective on this, too, because a decade of Jesuit life (I left the order in 2012) showed me exactly what it’s like to have the temptation to exercise clerical privilege wherever you go. Answer? It’s awesome, and it’s a sin.

Let us avoid clericalism in all its forms, including casting those without Ph.D.s into the outer darkness. Even the self-appointed Jeremiahs.

Ross Douthat doesn’t have a Ph.D. Actually, I don’t either. Nor does Jim Martin. Or Matt Malone. Or Kerry Weber. Or Grant Gallicho. Or David Gibson. Or Kaya Oakes. Or Ken Woodward. Or Robert Ellsberg. I want to say Peggy Steinfels doesn’t, either, but in fact I have no idea. Which is kind of the point, right? Because it didn’t make much of a difference. We’ve all been getting our Catholic news and commentary from folks whose hard work and talent made them who they are, not their membership in an imagined elite.