"He Shall See the Face of God and Live": The Funeral of Beau Biden 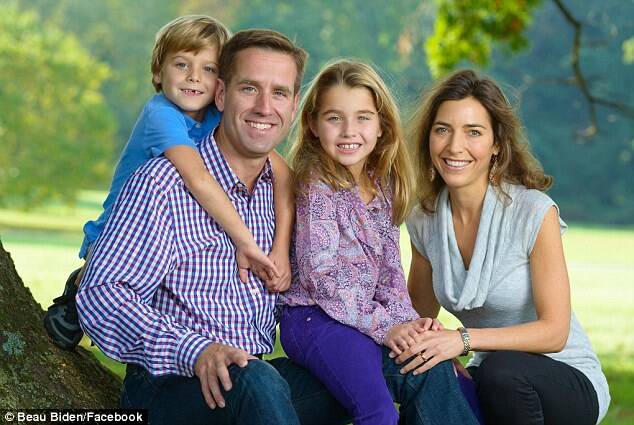 It was all so beautiful, heartbreaking and sad: the haunting drones of the Celtic bagpipes, the slow procession of a grieving family behind the casket of the loved one, the packed church, with over 1,000 people gathered together in the solidarity of sorrow; the comfort of the familiar prayers and the scripture readings, the intercessions, the music, the singing and the eulogies, both spoken and unspoken. It was in essence the typical funeral Mass that any born-and-bred Catholic would recognize but, at the same time, it was an atypical one—and in this instance, it was being offered for someone very special. For the person being mourned was one the great majority of people—just about all of us—have never ever met and yet, in the space of a week, have gotten to appreciate and understand quite well. And, in the space of that week, we have come—like many others—to mourn the great loss of a good human being.

The funeral Mass for Joseph Robinette Biden III or “Beau” Biden, as he was universally known, was held at St. Anthony of Padua Church in Wilmington, Delaware on Saturday, June 6, 2015. His funeral was not a “state occasion,” a public funeral for a public man, for someone who had an impact upon public affairs; despite the fact that he had led a life of public service, whether as a state’s attorney in Philadelphia or as the Attorney General of the state of Delaware as well serving as a soldier for his state and his country in far-off Iraq or having, at times, considered runs for the offices of U.S. Senator (like his father once was) or for the Governorship of Delaware (as he had planned to do), his funeral was a private one, held in a public way. Rather, it is more correct to say, that it was held in a family way. This is what made Beau Biden’s funeral so atypical: that given that he had been the “public” man that he was, he was very much a private man who loved his family to an unusually high degree and yet in a very public way. His was a love that radiated in and through his family and beyond. It was a love that could not be contained and it was one that he gave freely to others, friends, family, and strangers alike.

That was the main theme of all the people who gave their eulogies, speaking at his funeral: from Father Leo O’Donovan, S.J. (President Emeritus of Georgetown University, the presider of the funeral Mass and whose sense of loss was palpable when he remarked that he had wept when he heard the news and whose refrain about the “young man” who was “gone, gone, gone” could only tighten further the already tightened throats of those in attendance as well as those watching on television) to the President of the United States, Barack Obama (who gave a grace-filled tribute and whose embrace of his Vice President and friend in this time of grief and sorrow said it all), to the Army Chief of Staff, General Ray Odierno (who hailed the integrity of his friend and comrade and who posthumously awarded him the “Legion of Merit” decoration for his many distinguished services and devotion to duty) and to his sister, Ashley (who praised her big brother as one who looked out for her since the day she was born and never stopped, even when he took her on a long car ride to his college dorm to show her off with pride to his classmates when it mightn’t have been the “cool” thing to do and for always “being there” as someone she could count on as a sympathetic listener, prod and guide).

But it was his brother Hunter who said it best and who came the closest than anyone could (apart from their parents) in encapsulating in precious and meaningful words what was the essence of his brother—one who was also a son, a husband, a father, and—above all—a friend. Hunter Biden brought everyone back to that time of his very first memory—42 years ago—when he became conscious of this boy, his brother and all because of a car accident that landed them both in hospital beds and when they became motherless and sisterless, with the loss of their mother Neilia and their sister Naomi. Recounting that time, Hunter Biden said that a hand reached out to him and grasped his and that the boy in the other bed who was his brother locked eyes with his and whispered over and over and over: “I love you, I love you, I love you.” The poignancy of that stayed with him every day of those 42 years. And here he was, reliving that memory at his brother’s funeral, not a few feet from where his brother lay in a casket before the altar, draped with the white funeral pall, signifying baptism as well as new life. And, as if a throwback to that distant day, Hunter told the congregation of how, a week ago, he held his brother’s hand as he was dying. It was all so beautiful, heartbreaking and sad.

However, there is something else to remember from this day, something that ought to make us pause. In his homily at the funeral Mass, Father O’Donovan said something that was striking. He said that the Church honors those saints who mean much to us by having feast days on the day of their death. He said that by doing so, it is a way of remembering those who have made an impact upon us. Father O’Donovan said that in time, May 30th—the day of Beau Biden’s death—may come to be such a day. In the space of a week, we have come to know that there was an unusual man who lived in our midst. He might have become a Senator, a Governor, or even a President—though whether he would have or not doesn’t matter now. Beau Biden accomplished something even more important than elective office, something people—even if they had several lifetimes—could never do, even if they tried: he loved, he truly loved. There are not many people—men or women—who have done that, or say that they have done that. That is a unique accomplishment for anyone and one that’s worth emulating and that is why for that trait alone, he is greatly mourned.

The funeral Mass of Beau Biden came to a close with the final commendation, prayers and a blessing for him and for all present. And when the procession departed St. Anthony’s Church, it came out upon a beautiful, sunny, blue-skied afternoon, as if the heavens were pleased with the gallant soul that had departed from their midst and that had loved so much. The procession left and the people dispersed; and he would soon be buried alongside the mother and sister that he had lost so long ago. Of all the songs that were sung, it was appropriate that “Be Not Afraid” was selected, with its line of “he shall touch the face of God and live.” It is a good summation as any of the life of Beau Biden, for the touched the faces of many and enriched their lives. That example to do likewise is before us and that we ought to pray that God himself will touch Beau Biden now, so that he will ever more truly live and love, like he once did on Earth.

Joseph McAuley
Show Comments (
2
)
Comments are automatically closed two weeks after an article's initial publication. See our comments policy for more.
Beth Cioffoletti
7 years 5 months ago
I agree. It was Hunter Biden who said it best. I don't know if I've ever heard such a moving tribute and manifestation of what family love is all about. The entire funeral showed the deep mystery of our faith.
Eugene Palumbo
7 years 5 months ago
Joseph McAuley: After saying, "He loved, he truly loved," you add this: "There are not many people—men or women—who have done that, . . ." Do you really mean that? I find it troubling and offensive because it's so inaccurate.