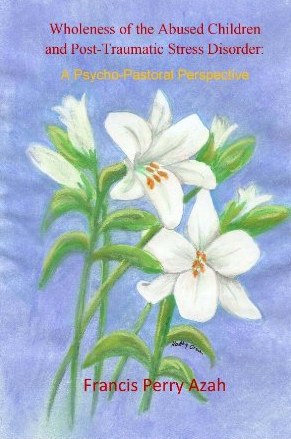 A recent study by the Rev. Francis Perry Azah, a priest from Ghana and a doctoral-level pastoral counselor, offers a clear and wide-ranging view into situations of child abuse in Ghana. Titled Wholeness of the Abused Children and Post-Traumatic Stress Disorder: A Psycho-Pastoral Perspective, the study features many of situations that are unknown to us in the Northern hemisphere. Of course, physical distance is one factor here; sadly, another is that the level and varieties of abuse are terrible, with some difficult to imagine. The election of Pope Francis and the evolving concern and evolution of church resources from the Northern to the Southern hemisphere makes Father Perry's book especially compelling. He writes:

The problem of child abuse is widespread in many developing countries and Ghana is no exception. Despite efforts of the Ghanaian government to halt the exploitation of its children, Ghana remains a major source, transit point, and destination point for child trafficking, and a variety of forms of child slavery and unthinkable child abuse. This pernicious problem, though profitable for a few, harms the social fabric and obstructs it from real development.

Father Perry describes three forms of abuse, unique to Ghana, that are so vile as to challenge our ability to even comprehend. These are trafficking children in order to force them to work along the shores of Volta Lake, and to live under the tough conditions there; Trokosi or indentured female slavery; and Female Genital Mutilation. Perhaps Father Perry's specific and detailed descriptions of these abhorrent practices will lead to interventions by the Ghanaian government and the United Nations. He graphically describes these types of abuse as follows:

The depletion of fish stocks is one of the key reasons why children are needed as workers in the fishing industry. Children represent cheap labor and their small, nimble fingers are useful in releasing the fish from the small nets. Another task that trafficked children frequently perform is to disentangle the fish nets from the numerous tree stumps in the lake. Diving is a dangerous job that can have dire consequences for the children, from catching water-based diseases such as bilharzias, gastrointestinal disease, ear problems, and other ailments due to poor living conditions and improper care and guinea worms to death from drowning.

A pernicious type of slavery known as trokosi is based on native tradition and patriarchal superstitions. This continues in Ghana as well as in Togo, Benin, and southwestern Nigeria. According to this tradition, when a relative commits a crime, ranging in severity to petty theft to murder, the family must offer a virgin daughter, typically from eight to fifteen years old, to the local shrine, where she will become a trokosi, or "slave of the gods." The shaman takes full ownership rights over the child, beating her when she tries to escape, controlling her interaction with others, demanding labor and sex from here, and denying her education, food, and basic health services.

The circumcision of female children seems to be on the increase in the Bawku area of Ghana and its environs as parents are still carrying out the act secretly. One kind of FGM is Clitorisdectomy, which involves the partial or total removal of the clitoris. The second kind is excision, which involves the removal of the clitoris and labia minor, while the vagina is left unclosed. The third kind, Infabulations, involves the complete remoaval of clitoris and labia and a stitching together (with thorns or catgut) the two sides of the vulva. A small opening is preserved to allow for the passage of urine and menstrual flow. A fourth kind of FGM involves clitoral piercing and burning, and scraping or cutting the vagina and introducing corrosive substances or herbs into the vagina.

Father Perry's book offers suggestions for intervention based on Ghanaian law and pronouncements from the United Nations. He clearly describes potentially helpful Western therapeutic interventions and suggests ways to modify these according to Ghanaian culture. Throughout the book there is inclusion of healing spirituality from the psalms and Bible: "Though my father and mother forsake me, Yahweh will gather me up. Yahweh, teach me your way, lead me o the path of integrity because of my enemies. (Ps 27:10-11).