‘Planes, Trains and Automobiles’ is the perfect Thanksgiving movie for this year 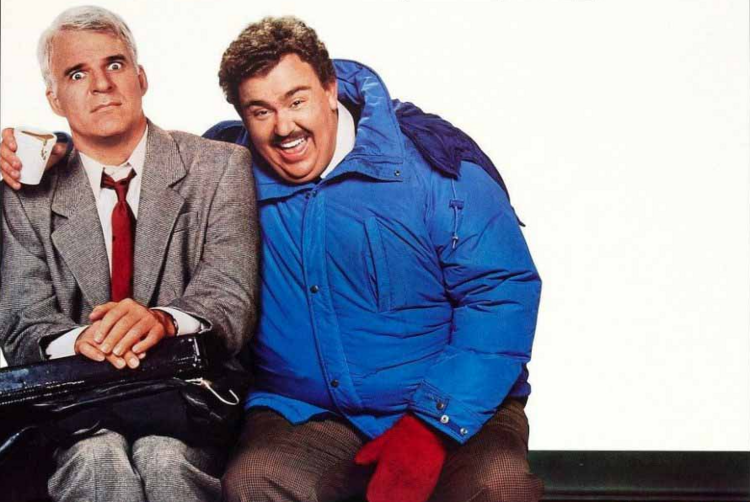 I have always related to the Steve Martin character in “Planes, Trains and Automobiles,” the classic holiday movie about the advertising executive Neal Page (Martin) trying to get from New York home to his family in Chicago for Thanksgiving amid an endless series of obstacles, while somehow constantly stuck traveling with hapless shower curtain-ring salesman Del Griffith (John Candy). What Neal wants is just so reasonable, and the fact that he is having to deal with this endless series of canceled flights, overbooked car rentals and hotels seems so unfair. Let the man go home!

But more than that, I just cannot imagine having to spend these stressful days having to contend with someone like John Candy’s character. Del Griffith combines two of the most annoying characteristics in all of fiction: He is needy, and at the same time, everybody likes him. Truly, is there anything worse than disliking someone that everyone else loves?

Truly, is there anything worse than disliking someone that everyone else loves?

Of course, the twist of the story—and this is a big spoiler—is that Del is in fact alone. The wife he keeps talking about actually died eight years ago, and they had no kids. When Neal realizes the truth and goes to find him at the end of the movie, Del is still sitting at the Chicago L-Stop where Neal left him, no one to be with, nowhere to go.

Even as the film sets up Martin’s character as the hero, the guy who has to undertake a difficult quest, in fact his real journey involves facing some of the ugliness of himself. Yes, he has problems, they are real problems and enormously frustrating. But he was so consumed with overcoming them he couldn’t see the very sweet man standing right in front of him. In truth, the worst part about being with someone that is beloved by everyone else is having to confront the fact that the problem is probably not them, it’s you.

Part of what makes “Planes” a classic is that it speaks to an experience we all have at some point. Eventually you’re going to be at Thanksgiving with someone who, let’s be honest, you wish you could avoid. And we all have strategies for dealing with that: Grin and bear it. Circle the wagons. Stand your ground. Hide in the basement with your siblings.Play Adele and pray for the best.

Eventually you’re going to be at Thanksgiving with someone who, let’s be honest, you wish you could avoid.

But even as it reflects a common experience, “Planes” is also incredibly challenging; it suggests that the coping mechanisms we rely on are by and large toxic. Del actually makes Neal’s life better. But Neal is only able to realize that once he stops fighting to have things the way he thought he wanted them. His drive to achieve what seems like a very reasonable goal is actually getting in the way of both his happiness and the happiness of others.

Many of us are facing a Thanksgiving fraught with the potential of a lot of conflict. It is only natural that we would be on the defensive as we anticipate some of the social and political conflicts of our country playing out around our tables, not to mention the ongoing challenge of our own family dramas. “No, I still don’t know what I’m going to do when I graduate college, Aunt Nora.”

And most of us will enter into the weekend feeling like Neal, entirely justified in our desires. We should be able to have a Thanksgiving that is not filled with craziness or fighting.

Most of us will enter into the weekend feeling like Neal, entirely justified in our desires. We should be able to have a Thanksgiving that is not filled with craziness or fighting.

But the question “Planes, Trains and Automobiles” raises is whether our sense of legitimacy might also be getting in our way, even if it is accurate. Are there potentially greater gifts to be had in trying to accept the realities before us rather than denouncing them? Is it possible we could still enjoy this holiday together even if you are convinced I have a chip floating in my bloodstream, and I know you just voted for someone who was at the Capitol on Jan. 6? Do you really need to understand my pronouns in order for us to have a nice dinner together?

One of the things we all talked about in the early days of the pandemic is how much everyone around the world seemed to be trying to help everyone else. And that is the way things generally seem to go in times of crisis. We look up from our own preoccupations, see the human beings in front of us and instinctively respond with generosity.

Maybe the fact that we are back to these kinds of family conflicts is itself a sign that things are going back to normal. But as “Planes, Trains and Automobiles” highlights, there is a better way available to us. And we do not need a pandemic to make it so.