Can ‘Love Victor’ defy the stereotypes about growing up gay? 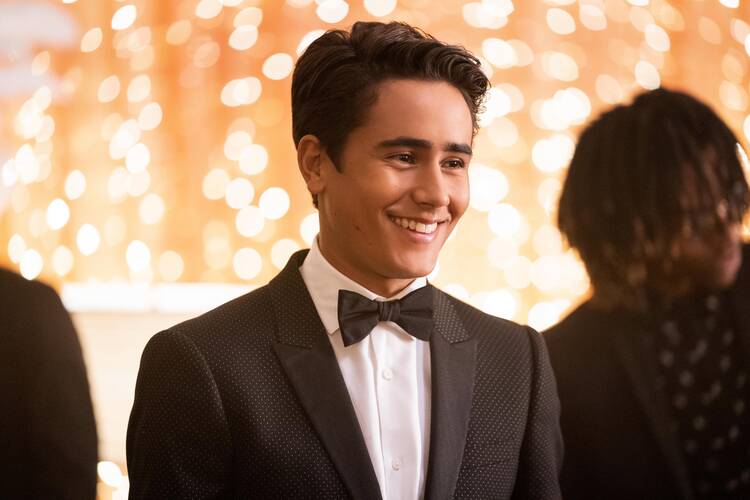 Most gay coming of age stories include certain standard elements: a teen boy (few lesbian stories make it mainstream) recognizes he is “not like other boys.” He struggles with bouts of denial and shame but eventually comes to terms with his sexuality, while trying to figure out how he will come out to his parents and navigate his need for social acceptance.

Hulu’s new series, “Love, Victor,” and its predecessor, “Love, Simon,” continue in this familiar vein. But fear not, Simon is “just like you.” He is your average suburban white teenage boy, “except [he’s] gay.” The show’s opening line distinguishes Simon from more common characterizations of flamboyant gay males. Victor, similarly, isn’t the stereotypical effeminate, showtunes-obsessed gay teen, unlike his counterparts in shows like “Ugly Betty” or “Glee.”

“Love, Victor” raises important questions about how same-sex desire is construed across religious and ethnic divides.

“Love, Victor” boldly attempts to shatter stereotypes and represent the diversity of personality types and experiences within the L.G.B.T.Q. community. The show’s move beyond the confines of Simon’s white, secular suburban setting into a lower-middle class, Latino Catholic one makes for an intriguing change of pace. Despite thin production and shallow character development, “Love, Victor” raises important questions about how same-sex desire is construed across socioeconomic, religious and ethnic divides.

We first meet Victor Salazar (Michael Cimino) as he is moving with his family from Texas to Georgia. By some rare coincidence, he will be attending the same school as Simon Spier, who has made a name for himself after making out with another boy on top of a Ferris wheel at the town’s Winter Fest. Victor reaches out to Simon on Instagram in hopes of receiving advice on how to navigate being gay at Creekwood High.

“Love, Victor” boldly attempts to shatter stereotypes and represent the diversity of personality types and experiences within the L.G.B.T.Q. community.

“Screw you Simon,” he writes in a direct message, “for having the world’s most perfect, accepting parents, the most perfect supportive friends...because for some of us, it’s not that easy.” We soon find out that in addition to having marital problems, Victor’s parents are conservative working class Latino Catholics—a stark contrast with Simon’s ethnically ambiguous white, secular, upper-middle class parents, who are “as liberal as they come.”

While Simon only had to worry only about gaining acceptance from his peers, Victor must also face the problem of how he is going to convince his family that he’s still “him,” regardless of his sexual orientation. We are given a hint as to why this is such a painful conundrum for him.

Victor flashes back to a moment in church, when his mom, Isabel, tries to set up a “well-dressed” parishioner with her sister, only for her husband, Armando, to comment mockingly that he seemed a little too flojito to be interested in women. At Victor’s birthday party, we see that his abuelo is concerned that Victor’s brother, Adrian, is playing with a “girl toy” and likely won’t churn out any great-grandchildren. A few minutes later, both Armando and his abuelo request that Victor ask his two openly gay friends to leave the party after they kiss in front of the family.

The show’s focus on what it’s like growing up gay in a working class, Latino, Catholic family is both its main draw and its greatest weakness.

The show’s focus on what it’s like growing up gay in a working class, Latino, Catholic family is both its main draw and its greatest weakness. The show affirms the experience of numerous teens who struggle to find acceptance in their families and who fail to find their stories represented adequately in pop culture. More and more books, shows and movies are featuring coming-out narratives, but rarely do they give attention to non-white immigrant experiences.

Unfortunately, the show allows little space for the complexity of Latino identity and Catholicism to emerge and develop. In reality, being Latino consists of more than being homophobic, eating tres leches cake and hanging up piñatas. And, for that matter, “Latino culture” consists of a wide array of racial, religious and national identities. Victor’s ambiguous nationality (he has a Puerto Rican flag in his room, his grandparents are from Colombia, and his birthday party is Mexican themed) hints at the producer’s lack of appreciation for the distinctness of Caribbean, Central American and South American cultures.

Being Catholic means more than being conservative and repeating kitschy pietisms (Isabel often claims that she “prayed to Jesus” for some favor to be granted and asks the family to help her “decide where we want Jesus to be watching over us” as she unpacks the crucifix from a moving box). This simplistic treatment does little justice to the rich nuances that define what it’s like to grow up Latino and Catholic in a mostly white, secular culture.

Being Catholic means more than being conservative and repeating kitschy pietisms.

Surely it’s possible that most gay young people growing up in a secular bourgeois family have it easier. Who can blame Victor for being envious? But what the show fails to acknowledge is that beyond the generally homophobic attitudes of many Latino Catholic working class families, there is a lot more at stake for them than there is for someone growing up in Simon’s environment. Victor’s family revolves around the values of family, faith and culture in a way that Simon’s family does not. The self-sufficient, expressivist and individualistic ethic of white suburbia understandably raises concerns for those whose culture places more emphasis on mutual dependence and tradition.

Is it true that the “freedom” afforded Simon by his family is superior to what Victor’s family offers him? Victor’s journey toward finding himself seems to proceed according to a criterion that largely dismisses the roles of family, faith and culture. This gives the show a culturally elitist overtone. The season finishes off leaving us waiting to see if Victor’s family will finally come around and “evolve” enough to shed their antiquated values.

Maybe coming to terms with one’s identity and desires does not have to be pitted against one’s tradition and values.

But maybe coming to terms with one’s identity and desires does not have to be pitted against one’s tradition and values. Perhaps these conflicting values can be given more space for their nuances to emerge and for some give and take.

Hopefully the show can provide impetus for some much needed dialogue among Latino families. How can they accept their gay children while still affirming their cultural and religious values? Perhaps there is a way for one to embark on a journey of self-discovery that does not exalt self-expression over inherited cultural and ethical values. And perhaps producers will dare to imagine narratives of same-sex intimacy beyond the standard individualist coming-out, happily-ever-after story that fits so cozily into secular white bourgeois environments, but not so much into religious, working class immigrant families.

“Love, Victor”is a reminder to believers who watch it to be wary of exacerbating that clash of cultures, and instead to play a role in reconciliation by opening paths of dialogue. Latino taboos against homosexuality can often result in abuse and violence. And it is not surprising that so many claim that their homophobia is justified by church teaching.

The church can intervene here with a “both/and” logic, affirming the dignity of gay persons and accompanying them along the enriching and exciting journey of living their lives according to Christ’s love. The church can also help foster intercultural dialogue that respects the dignity of both sides in the process of assimilation—rather than pitting one against the other. 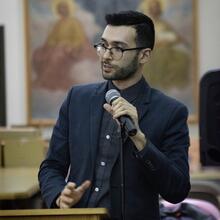