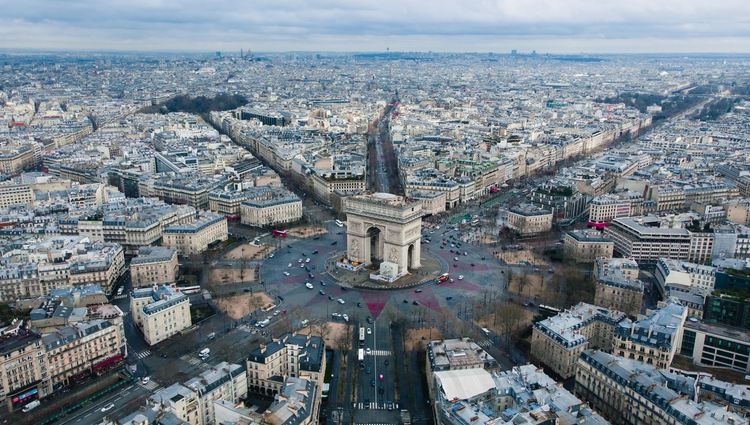 I had never heard of Noor Inayat Khan before this book. I knew of her father, a great Sufi teacher of history, who, like Rabindranath Tagore, Kahlil Gibran, and Swami Vivekananda came to the U.S. a century or more ago, forming a bridge of gurus from East to West. But I knew nothing of Noor.

What a story this is. Magida tells it very well. Noor, a captured spy, died at the age of 30 in the Nazi concentration camp at Dachau. Thirty-four years earlier, Hazrat Inayat Khan, Noor’s father, traveled from his native India to New York City. He was the first Sufi in the U.S., which as a nation had become accustomed to mysticism, since writers like Emerson and Whitman had used Eastern ideas to shake up the Puritan nature of American culture and life—but only if those ideas were separated from their religious trappings.

Similarly, Hazrat created a new kind of Sufism. I was pleased that Magida delineated this difference between Sufism as a “mystical offshoot of Islam” and the universalized version Hazrat introduced a century ago. Perhaps like me you have been frustrated in interfaith gatherings when someone says they’re Sufi but their Sufism is a sort of original gospel—untied to religion—because a person holding a “universal faith” doesn’t approach an interfaith encounter as an equal.

What a story this is. Arthur Magida tells it very well.

Throughout this book, Magida’s religious understanding is spot on. Muslims, Jews, Christians and Hindus are portrayed with clarity and character.

Eventually Hazrat and his American wife settle in the suburbs of Paris, where Noor is raised in privilege and exoticism. Hazrat teaches her to meditate, chant the names of God, speak to adults only when spoken to and cultivate a vivid imagination. Playing her Erard harp, Claude Debussy is a family friend. “It was as though we looked at life through stained glass windows,” her brother Vilayat explains. When Noor is 12, Hazrat, exhausted from guru work and messianic expectations put upon him by wealthy benefactors, returns alone to India. There he dies of pneumonia three months later.

Quickly, for Noor, a marriage arranged by both families to a royal cousin in Nepal is rejected. She enrolls at the Sorbonne, and takes lessons at the École Normale de la Musique de Paris. Her teacher is Nadia Boulanger, who will later instruct Philip Glass, Quincy Jones and other luminaries. Noor becomes engaged to a Jewish pianist, who converts to Sufism and changes his name from Elie to Azeem.

Then Hitler storms in. While Noor is drawn to Gandhi’s teachings on war and conflict, she can’t countenance his advice to the people of Europe, even the Jews, to pray for Hitler and resist the Nazis only with nonviolence.

She flees to England with her family and, in early 1941, joins the British Women’s Auxiliary Air Force, eavesdropping on German radio communications—until she begins training for a Special Operations mission a few months later. Once, on break from training, Noor visits friends in London and tells them that after the war she intends to learn Sanskrit in order to read the Vedas in their original language.

In June 1943, Noor is flown under cover of night to northern France. She is quickly betrayed (by a fellow female agent who is jealous of her), captured by the Nazis and interrogated. Noor escapes but is captured again the same day. Then they send her to Germany, and soon to Dachau to be executed.

I hope that one day a film will be made of this story.

This article also appeared in print, under the headline “Stranger than fiction,” in the June 8, 2020, issue.

Jon M. Sweeney is the author of many books, including James Martin, SJ: In the Company of Jesus, and the compiler and author of Jesus Wasn’t Killed by the Jews: Reflections for Christians in Lent.

1
Podcast: Will the new commission on women deacons turn out any differently from the last one?
Colleen Dulle
2
Read: The letter Pope Francis wrote Benedict when his brother died
Gerard O’Connell
3
When a Catholic leaves seminary or religious life
Simcha Fisher
4
How Alexander Hamilton defended the rights of Catholics in a young America
Jason K. Duncan
5
Patriotic paintings we can be proud of on the 4th of July
Leo J. O’Donovan, S.J.